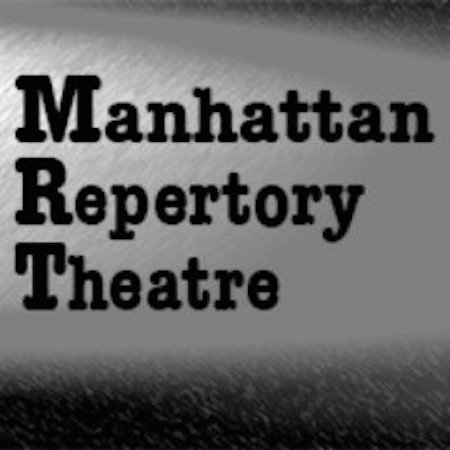 In a world filled with countless responsibilities and demands on my time, I have grown incredibly fond of short forms of entertainment. Short films, short stories and, yes, short plays. One-acts plays to be specific: the perfect medium for an active young adult like me with a short attention span. The problem with telling short tales in any format is that, to be done well, you need a strong foundational narrative and a keen sense of what is necessary to drive a plot forward and what is simply extraneous material. In my opinion, the most impressive artists are those who can tell a great story in a short period of time. Manhattan Repertory Theatre is hosting a summer One-Act Play Challenge featuring twenty-five one act plays about a plethora of topics. This past weekend, they presented five shows, some of which were captivating and others that were merely head-scratching.

George Cameron Grant’s Mints zips along, empowered by the lively and passionate performance of Florence Pape as Marti English, an aged actress with the showmanship of Ethel Merman who knows a thing or two about the joy and heartache of falling in love. Marti regales the audience with the tragedy of her parent’s relationship, describes how she fell for a man who was her polar opposite and shares the fond memories they created together before he too met a tragic end. Grant’s piece could use some fine-tuning, but it is an enjoyable, fast-paced one-women show that elicits both laughs and tears – a difficult feat in under twenty minutes.

Thomas Love’s Guilt By Association sets a more somber mood as it explores a mother’s agony after her teenage daughter is left comatose following a car accident and then raped by a hospital staff member. Despite the brevity, Guilt By Association explores the pain of caring for an incapacitated loved one, the strain such situations place on familial relationships, the physical and emotional aftermath of sexual assault and the issue of personal and social racism. It would be easy to treat such weighty topics superficially, but Love manages to avoid this pitfall with sharply written, although sometimes seemingly incomplete, scenes. Actress Patricia Black deserves a great deal of credit for giving an extraordinarily emotional and grounded performance without a scene partner. Black conveys her character’s turmoil with such strength of presence and emotional honesty that it is easy to get lost in her performance.

Unfortunately, the same positive review cannot be given to Bear Kosik’s déjà vu on the obituary page, which is a lamentable, rambling work that is done no favors by its stiff and often boring cast. Déjà vu is set in a small coffee shop where a professor, Mark, is reading the obituaries while proprietor Diane scoffs at his pastime. Mark and Diane have recently decided to end their relationship, and Diane frequently cites an apparent “contract” between the pair that governs their interactions. As they squabble, they are joined by a young and awkward couple, Alexander and Chloe, who disagree, much like Mark and Diane, over quite a bit – including the merits of reading the obituary page. They are, perhaps, a younger version of Diane and Mark. Much of the dialogue in déjà vu feels trite and empty, some of it making very little sense (although, admittedly, it was occasionally difficult to understand what the actors – except for Sarah Teed, who did an appreciable job giving Diane a personality – were saying). Ultimately, it was the least successful play of the series.

The final selection was an exploration of family dynamics in Gloria Schramm’s Letting Go. The one-act focuses on a shared meal between a father, Peter, and his estranged daughter, Laura – their relationship strained due to the Peter’s re-marriage. Despite her efforts, Laura does not get along well with Peter’s new wife, Evangeline, and she struggles to comprehend why the tension with Evangeline and the disintegration of Peter’s love for her mother has harmed their relationship. The dialogue between father and daughter feels authentic, both uncomfortable and loving, as if the pair collectively yearns for a true emotional reunion that remains just out of reach. Unfortunately, actors Kalene Speranza and Alex Edwards-Bourdrez never quite connect in an authentic way and the numerous dropped lines and verbal stumbles made the plot a bit hard to follow. Although solidly written, it is Speranza and Edwards-Bourdrez’ acting choices that cause this short play to fall short of its full potential.