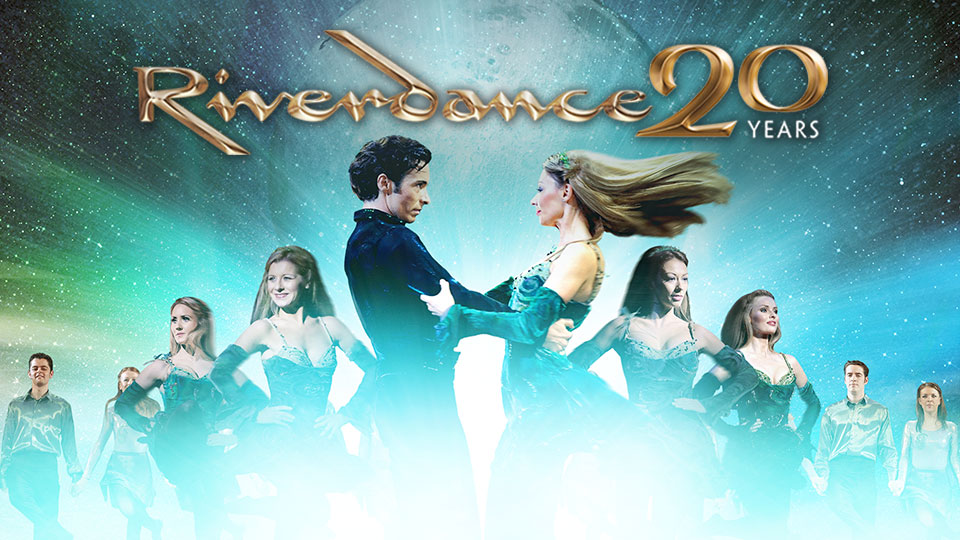 The Return of Riverdance

I had heard that Riverdance was coming to the city on a 20th anniversary tour, and I jumped at the opportunity to see the show. Who wouldn’t! Riverdance is such an iconic production, a reference point for all Irish dance, and just plain fun. No one can deny that. The pre-show hubbub was relaxed and enjoyable listening to low-key Irish music that such as one might hear at the local pub in an Irish village. It was also lovely to see the new generation of Irish dancers- lots of eager young girls with their hair in braids bouncing in their seats. The Ed Mirvish theatre was the perfect location for this show: both intimate and grand, cushioned seats and carpeted floor somehow leading to an atmosphere of intimacy.

The show began with a female vocalist singing just as a Celtic angel might, while the background projected slowly whirling images of stars and galaxies. I snuggled further into my seat, Irish coffee in hand, and knew it was going to be a good show. The program followed a loosely historical thread, beginning with creation myths and legends of the Celtic people, and ending with the competing worry and joy of life in the present day in the New World. New scenes were set with a creative combination of voiced-over poetry, music, and projection, making the evening far more than just Irish dance. There were also pieces performed in different styles with guest artists: a woman danced a fiery flamenco, two men tore up the floor in a tap-dancing duet, and even a troupe of Russian folk dancers graced the stage. I was intrigued by the commonalities between all the styles the performance showcased, and the ‘mash-up’ moments were fun and entertaining.

The greatest thing I saw on the Riverdance stage was just how happy and excited all the dancers were to be there. Irish dancing is not a particularly emotive style, but the performers were unable to hide their grins and elation. The energy was infectious, and the audience laughed and clapped along with them. It wasn’t even just the dancers who were loving life that night: the Riverdance Band playing live onstage had heart-wrenching solos that made me want to visit the cliffs of Ireland, but also moments were they skipped along, grinning, whooping, and laughing. The band’s musical director and fiddle player, Pat Mangan, was especially outstanding, really working with the audience and absolutely caught up in the thrill of the show.

The costuming of the show was, for the most part, clear and creative. The historical thread was picked up and the dancers’ outfits varied from traditional to more modern, changing with every piece. While there were moments when the costumes seemed a little too bizarre (re. the male soloist in leather pants and sheer green sparkling shirt) and to contrast with the flow of the performance, the dancers were able to embrace and expand past them with their amazing energy. It was an inspired idea to turn the 20-year anniversary performance backwards in time, acknowledging where Irish dance came from, and use it as a stage for dialogues about emigration and nationalism. However, I do wish that they had “played the hits” a little more, using this large run to showcase more dances in the typical Riverdance style. Finally, a dual theme throughout the evening was love. Love, acceptance, letting one’s children grow free, and love of country and self. I am a big advocate of love, and left the evening feeling full to the brim. I would absolutely see another Riverdance show, and am already aching to book tickets to Ireland to soak up the culture that bred such wonderful, luminescent, happy dancers.