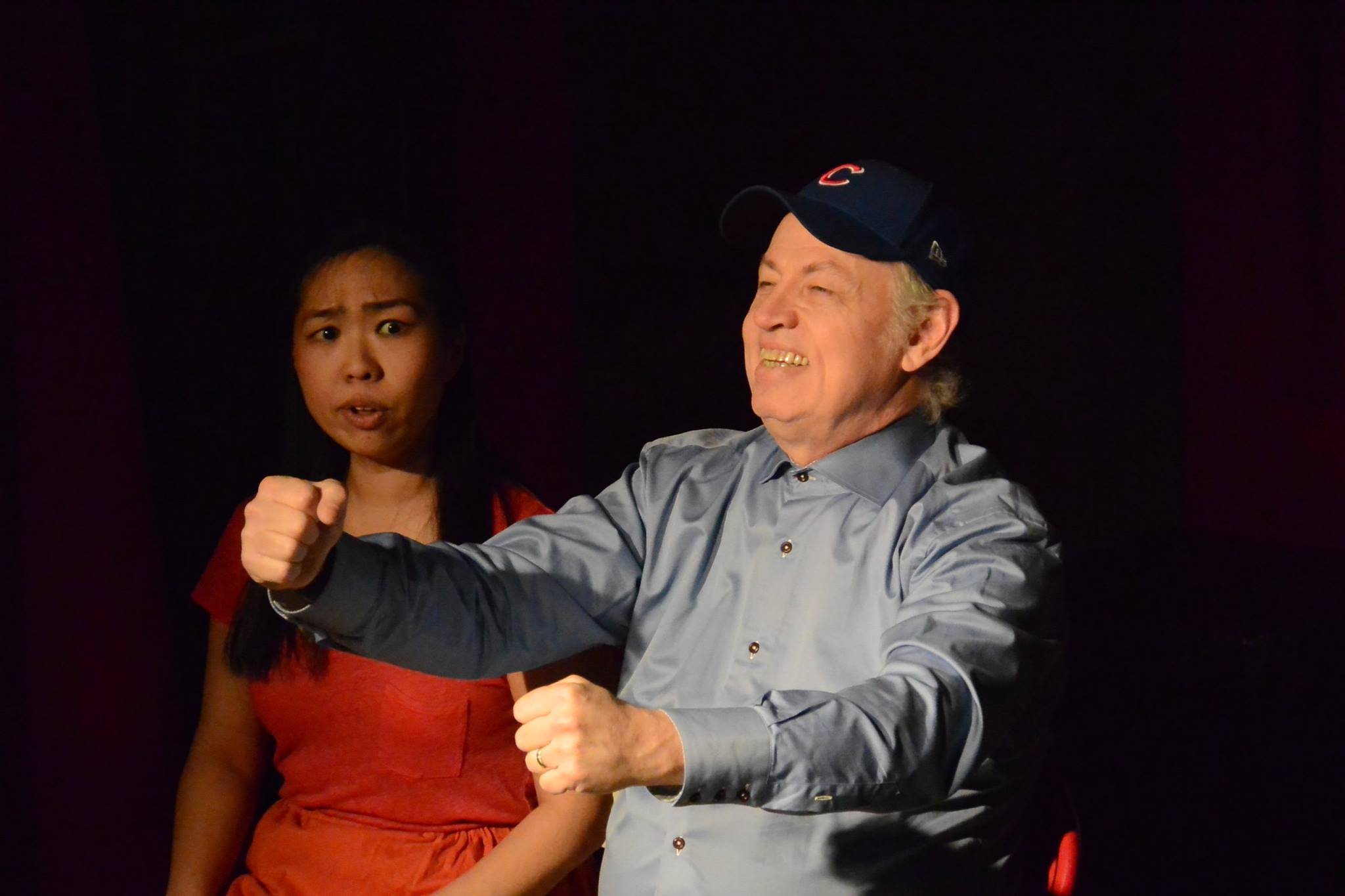 When it’s February in New York City but nearly sixty degrees outside, the creators of the FRIGID New York Festival may need to rethink its name. Now in its tenth year, the festival offers 30 different shows over three weeks. The festival continues to allow emerging artists to showcase their work.

Julia Sun wrote and stars in Acute . . . Girl, a one-woman show that recounts, in more detail than necessary, the playwright’s continuous struggle to be regarded by others as pretty. On a mostly barren stage, she recalls her adolescent insecurities, mail-in beauty pageants and catalogue modeling gigs. Ms. Sun is an engaging storyteller, but after fifty minutes of superficialities disguised as philosophical wonderings, this show never elevates beyond a search for ephemeral validation.

Punk Grandpa, written and produced by Laura Force Scruggs and starring Becky Chong and Ken Coughlin, is a quirky tribute by the playwright to her eccentric grandfather, told through the eyes of her 5 ¾ year-old self. Although a touch saccharine at times and overacted more often than that, the playwright’s genuine love for her grandfather is undeniable, seeping into every scene. For a young girl, even a seemingly innocuous trip to the bank is a magically wondrous adventure when mixed with a grandfather’s bawdy humor and complete lack of filter. This play is a pleasant reminder of how the indelible memories of a loved one can forever shape character.

The Golden Smile, directed by Joey Stamp, written by Yaakov Bressler, and with music by Zach Stamp, is cacophonic, jarring and nearly incomprehensible. Five mental patients attempt to write a play in order to keep their beloved rec room. But the plot is lost amidst a meandering script that relies heavily on repeated profanity and screaming amongst the characters. Like listening to static on the radio at full blast, the characters offer little respite from their angry rants, and offer little room for the audience to interpret them as anything but rambling lunatics. The musical interludes, with songs sung by the characters, are creative and provide chuckles, but the enjoyment is lost between one confusing scene after another.

In Help Me Out Here, written and performed by Michael Joel and Kaitlin Overton, a woman attempts to assemble an IKEA chair while a man experiences an existential crisis. Filled with long monologues, iPhone texting, voice-overs, and recordings of self-help tapes and commercials, what is lacking is dialogue between the two main characters. The premise is fresh and intriguing, but the execution is heavy-handed. Devoid of conflict between the two main characters, the play is forced to overly rely on devices such as omniscient voiceovers to direct the audience on how to interpret each scene. Something also doesn’t quite sit right when the play focuses on a seemingly capable woman helpless to put together a simple chair without the help of a man. Despite its flaws, there is a certain catharsis achieved by watching two people come together to assemble an IKEA chair. In the end, the third and inanimate member of the cast came together beautifully.

Click Here to read Part I of our Frigid reviews. The festival continues until March 6.