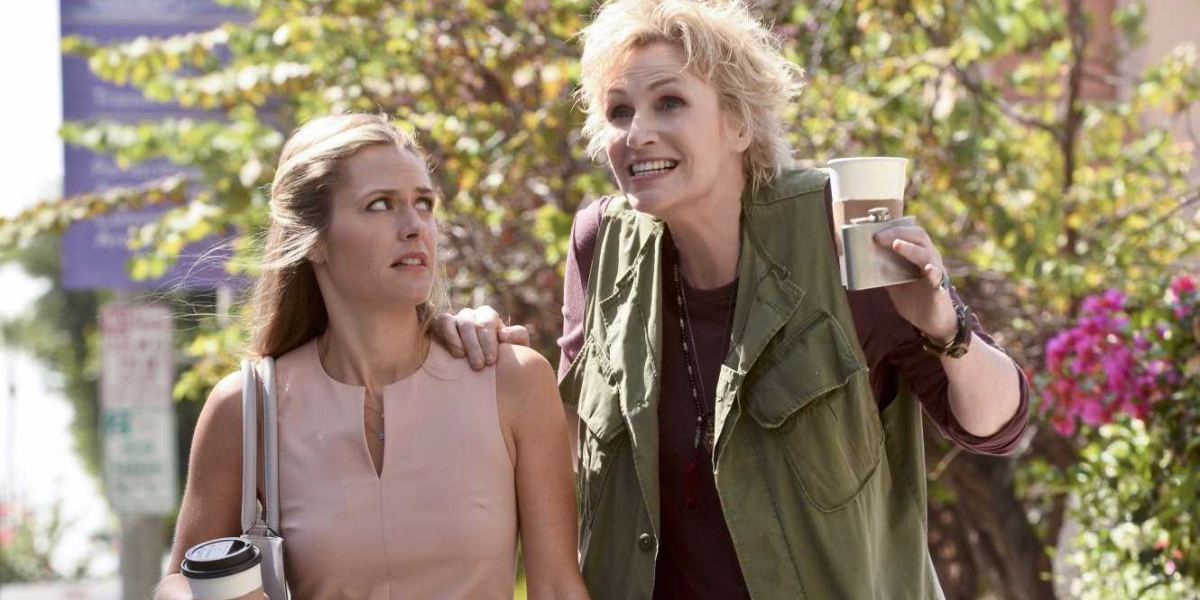 Tad Quill, the creator of this latest Jane Lynch delivery vehicle, has excellent sitcom pedigree- Spin City, Scrubs, Samantha Who?, Dirty Sexy Money, the too-soon-canceled Perfect Couples and one of my early favourites Good Morning, Miami. Maggie Lawson is a sweet, solid leading lady, Kyle Bornheimer (who plays her brother) is great, Kevin Pollak (who plays her dad) is a legend (“who’s gonna do it, you? You, Lieutenant Weinberg?!”), I’m hoping David Denman (as the cheating ex-boyfriend) doesn’t disappear forever (I know, I know, you’re not supposed to like anyone played by Denman but he’ll always be Tony to me) and Jane Lynch is, well, Jane Lynch. She’s Lynchy. She’s wacky and wry and occasionally so sincere it makes your heart hurt.

But is Angel from Hell any good? Well, two episodes in, it’s hard to tell. So far, it’s… predictable. The second episode had some solid Pollak/Bornheimer subplot stuff that is very promising moving forward (there’s never been a great sitcom without a strong supporting cast) but the main plot was cheesy and tired. The sooner the show moves away from the lesson-of-the-week format, the better. I’m hoping that the silly “face your fears” theme that dominated the second episode was mostly a lazy way of dispensing with the awkward business of replacing Liza Lapira’s best friend character with Ginger Gonzaga’s best friend character (Super Fun Night alum swapped for a Mixology alum? #Downgrade). Now that the tricky high-concept exposition should be mostly out of the way, it’s possible the show settles into a real groove from here.

Angel from Hell will be made or broken by how well the writers adapt to their excellent cast (for the record, I’m sadly predicting broken over made). The show was sold on Lynch and so far the guardian angel character that’s been crafted for her is not living up to her presence. If we learned anything from Undateable (in the pre-live days because it’s a whole other thing now) it’s that a loose approach and lots of improv freedom can save an unoriginal show if the cast has the right kind of comedy chops. I think this cast has the chops (well, Lawson might need some help, but the others all have great instincts). So far this show adheres too strictly to a set formula to make any sort of impact but, by leaning into the specialness of the cast, Angel from Hell may just find the sense of self it needs to really fly.