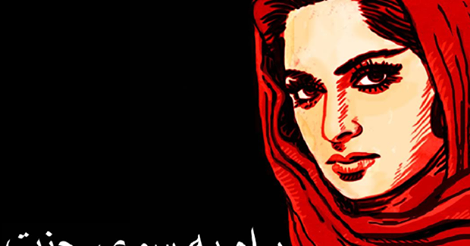 Road to … where exactly?

The Road to Paradise is certainly timely. As we continue to battle wars and tragedies of all sorts across the world, we need pieces that bring people together to reflect and dialogue on what truths lie untold, and what we can do about it.

Playwrights Jonathan Garfinkel and Christopher Morris wish to create a dialogue on the realities of war and its long-term effects. They describe Paradise as having been developed based on stories of “courage and inspiration” rather than “love and loss.” But it seems that the play primarily gets tangled up in the latter: a series of cliché discussions regarding the War in Afghanistan and the perpetrators of terrorism, injected with the romantic stories of two Canadian military families.

There is an attempt to present though-provoking characters rather than stereotypes, such as the child suicide bomber in Pakistan (Andrew Lawrie) whom we want to understand as much as the Psychiatrist (Samiya Mumtaz) who is running the rehabilitation school where he is being housed. In fact, the conviction with which Mumtaz’s character carries out her work, and her disdain for the macho soldiers around her are the highlight of the play. She genuinely believes she can make a difference as she teaches these young people about true love for one’s country, brothers and sisters.

Unfortunately, the piece moves somewhat disjointedly from these more hopeful segments into the lives of two friends (Cheri Maracle and Christine Horne) whose husbands are deployed to Kandahar. Their sexual escapades, as well as, the display of Horne’s eventually deceased partner (also played by Lawrie) as a nude corpse seems gratuitous, especially considering this play’s objective. A more interesting attempt to look at the aftermath of what war does is when we find out that Maracle’s husband, played by Beau Dixon, has been released from the army because of attempted suicide. We witness the evolution of a tough engaging man who has become quiet and fragile, speaking monotonously with his wife. Any attempt at digging deeper into his psyche and the occurrence of Post Traumatic Stress Disorder, however, is abandoned. Dixon even tries to strangle his wife at one point, but, confusingly, everything appears to go back to normal – with the change of lights – no discussions had.

The latter third of the show revolves around the settlement of an Afghan immigrant, Parwin Mushtael, with her son. Her storytelling is endearing as she dramatically physicalizes and vocalizes, in Dari, the circumstances that brought her husband to his death. Once again, though, these segments seem to belong in another play altogether.

The theatrical space (Gillian Gallow) covered in sand and engulfed by a metallic structure beyond the audience is the real feat here. The in the round staging serves the transitions well and the natural elements, definitely, help ground us in the context of the play. Tight cues, however, often leave actors struggling distractingly to disappear.

The cross-cultural dynamic in this play as different worlds collide is to be appreciated. But as a whole it felt very underwhelming. There are countless plays about war and dozens alone that focus on the circumstances around 9/11. It’s a difficult task but one has to ask what new understandings have been brought to the discussion table regarding recent wars in the Middle East, and the Western world’s management of these events.