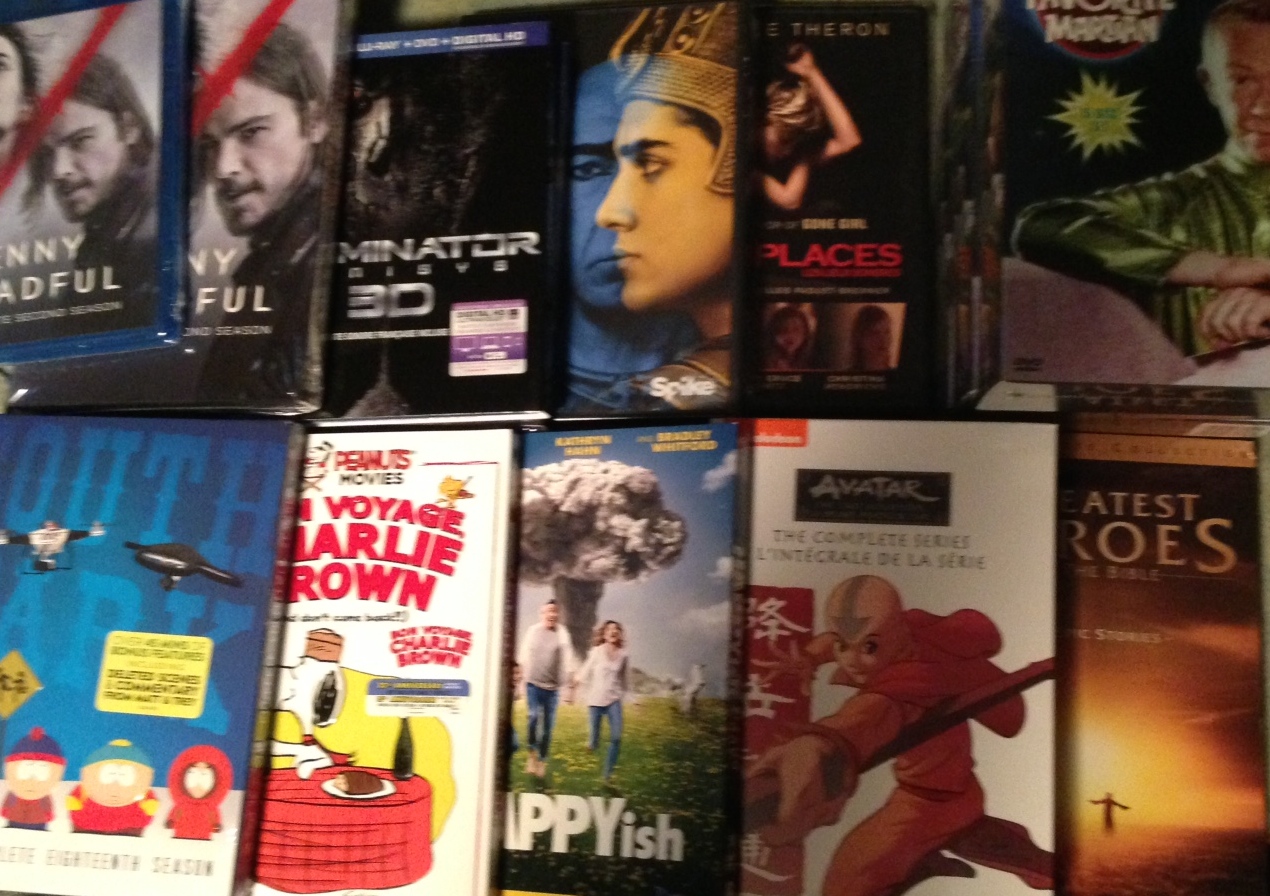 It’s time, once again, for the On DVD series featuring new releases from Paramount Home Distribution and more!.

Tut
Spike TV’s three-part miniseries starring the great Ben Kingsley is epic and pulpy and mildly historically useful, so it’s pretty much everything you ever wanted from something called “Tut”. Special features on the DVD include a look at the costumes and the history as well as a making-of feature.

My Favorite Martian: The Complete Series
Yes yes yes yes yes! This is why I love TV on DVD. When My Favorite Martian premiered on CBS in 1963, TV was something you were home to see or never saw. There was no pausing, no rewinding, no bingeing; if you missed an episode, it was gone forever. The fact that we have these classic series available (and in such beautiful condition!) in box set form is incredible. It’s like a time-travelling glimpse into the history of the most influential medium of the last century. My Favorite Martian was a pioneer series of the sci-fi comedy genre and you can catch the whole thing now in this 15-disc, 107-episode set with a brilliant plethora of special features ranging from archival interviews to classic commercials and pilots for other series from the production company that should have been lost to time but are here, now, on DVD. A must-have.

Avatar, The Last Airbender: The Complete Series
This maybe could have been filed under “Kids Stuff” because it’s a Nickelodeon release but, let’s face it, the market here is adults who like anime more than it is actual kids. Avatar is cool, complicated and incredibly well made. A complete series worth having.

Penny Dreadful: The Complete Second Season
How mind-bogglingly amazing is Rory Kinnear in this pulpy victorian gothic horror schlockfest? So amazing that I’m going to wholeheartedly endorse buying the DVD and/or Blu-ray set (they’re exactly the same; lame special features on both) even though I don’t care about a single other character’s arc in the entire ensemble show.

Happyish: Season One
This show made me angry but owning the DVD isn’t the worst thing because a) you can rewatch that glorious episode where the incandescent Kathryn Hahn returns a gift from her mother over and over again and b) that James Deen cameo makes me laugh every time.

South Park: The Complete Eighteenth Season
This 2-disc set only has 10 episodes of the actual show itself but it has mini-commentaries on all of them by the star creators Trey Parker and Matt Stone and the creativity and density of the show makes the re-watch value really high.

Greatest Heroes of the Bible: The Complete Collection
The market for this DVD set is hyper-specific but notoriously intense. I’m sure they will enjoy watching their 15 stories and 12+ hours of content over and over and over again. Me? I don’t see the point in sitting through a Joseph in Egypt story if no one is going to sing “Benjamin Calypso”.

Terminator Genisys
Available in both regular and 3D, this DVD/Blu-ray/Digital combo pack includes not only the best entry into an iconic franchise in decades (Jason Clarke! Who doesn’t love Jason Clarke?!) but plenty of great special features showing you how to film was made (which is key with an effects-heavy epic like this). Do we need the interview with James Cameron? I don’t think we ever need an interview with James Cameron. But everything else is so worth it (as long as you have a Blu-ray player because that’s the disc with all the good stuff).

Dark Places
This pitch-black drama from the same author as Gone Girl is exactly what you’d expect but also (in my opinion) way better than Gone Girl (there’s more honest emotional ambiguity here and less “the crazy bitch did it!”). It’s hard to beat a cast that features the likes of Nicholas Hoult, Chloe Grace Moretz and Christina Hendricks and is led by the incomparable Charlize Theron.

Bon Voyage, Charlie Brown (and don’t come back!!)
This 75 minute Peanuts Movie is making it to DVD for the first time to mark its 35th Anniversary. The film is charming enough but the real treasure here is the making-of feature that goes behind the scenes of turning the classic comic strip into a feature film.

Science & Word Play: Blaze & The Monster Machines & Wallykazam!
I was sold at “Word Play”. Science is important and I love anytime kids entertainment does an actually good job of inspiring kids to take an interest in learning but I think producers have really been excelling on that front when it comes to science in recent years (really, I’m still getting over the completely underrated greatness of Big Hero 6). They don’t seem to do as great a job making language fun (mostly because it’s just not as cool as science in a robots and explosions and space and dinosaurs kind of way). This box set tries to make words fun and I love it for that.