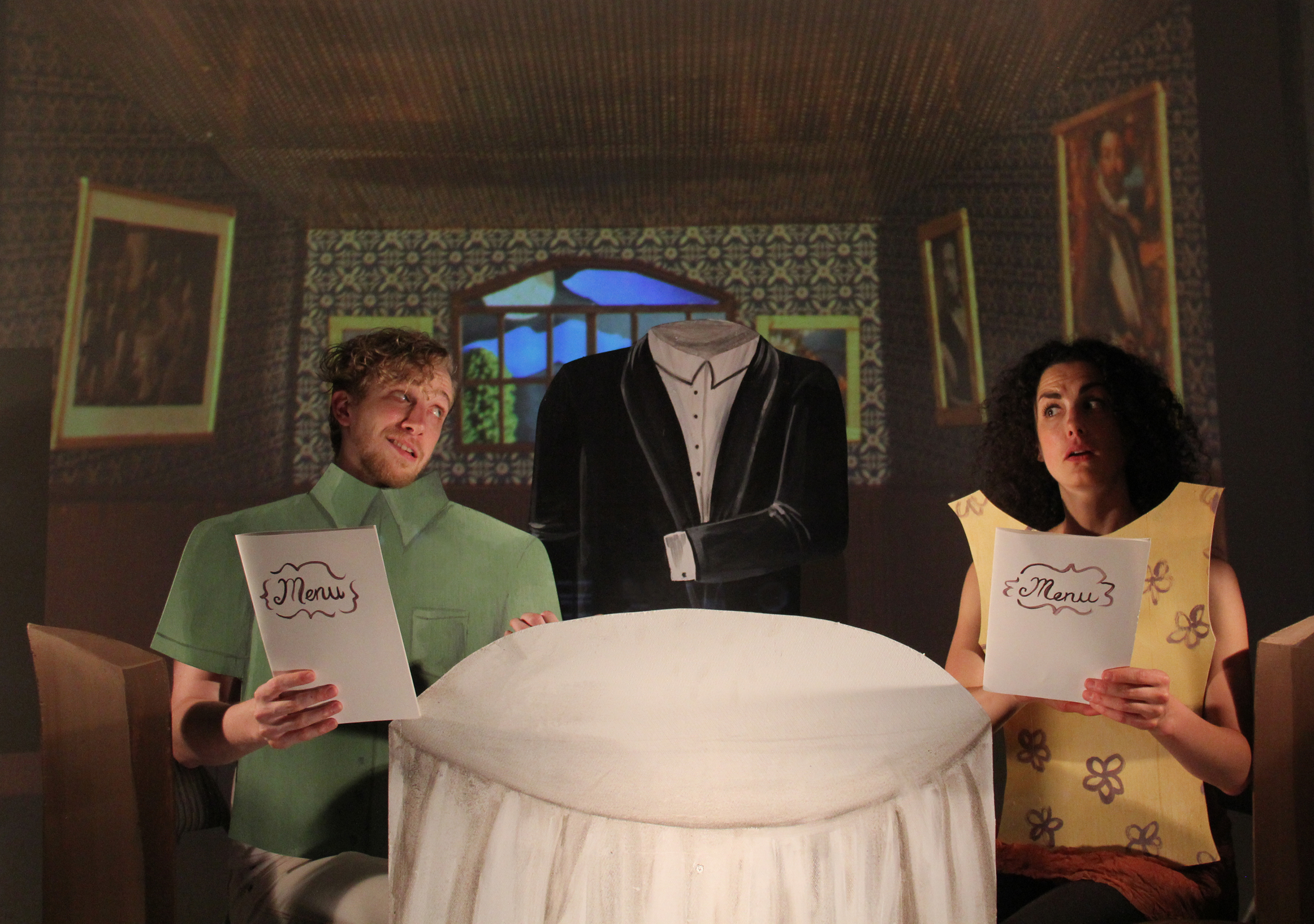 Popular culture has resoundingly strong opinions and plenty of advice on love. Love is all you need. Love is a battlefield. Love changes everything. Live, laugh, love. Eat, Pray, Love. The list goes on.

But, what is this Crazy Little Thing Called Love? For those people who Want To Know What Love Is,* Benjamin Folstein’s new operetta takes the position that Love Is Like Mud. Despite a thin plot and often one-dimensional characterizations, Folstein’s observations about the messy aspects of love are refreshing in a world filled with idyllic images of perfect relationships.

Love Is Like Mud depicts the birth of a relationship between Jon, a young man whose Jewish mother wants him to settle down and have kids already, and Anne, a woman whose chief defining characteristic is her keen ability to identify ripe mango. After a whirlwind romance and plenty of sex, the couple’s relationship turns domestic. Jon begins to wonder why he is always in trouble with Anne and Anne grapples with feeling ignored by Jon. The pair splits, but, after wallowing in the misery of singleness, they reunite and discover how truly happy they were together – it must be love.

The life cycle of a relationship can be brutal for the impatient and non-committed. Anyone who has been in a long-term relationship (romantic or otherwise) understands that the exhilarating aspects of getting to know someone new eventually fade, leaving routine and familiarity in their wake. Recognition and acceptance of this fact is key to maintaining that connection. Folstein’s book adds little substance to this discussion, but it is a cute portrayal of this relationship life cycle, accompanied by humorous and familiar supporting characters that most people will recognize in their own lives (e.g., the parents who are too involved in their child’s life; the prying friend who enjoys gossip and drama). Marshall, Jon’s father, observes the love, like mud, will stick to your shoes no matter what you wish but that it is also riddled with hidden dangers that require one to tread mindfully. For Folstein, sticky mud is akin to unshakable chemistry between two individuals, and it is the notion of insurmountable attraction that drives the story.

Folstein’s lyrics and music, much like the book, are approachable – inoffensive hard rock melodies with jazz elements integrated within. The melodies also have almost garish undertones that bear a striking resemblance to theme songs for a children’s television show (this is especially true for the opener “Love Is Like Mud”). While some numbers like “Revolving Door” and “Excellent Choice” advance the plot with a fresh sound, other numbers like “Chemistry” are overly repetitive and formulaic with questionable lyrical choices like the especially cringe-inducing line “we may not have the cure for cancer but I think that we’ve got chemistry.”

Although reminiscent of art design in 1990s television programming, Alex Koch’s projection design, effectively serving as a set, added an enjoyable cartoonish quality to the production and often felt like a fifth actor on stage. The design complimented both the book and the superficial treatment of the show’s themes in a creative and satisfying way.

With respect to casting, the small ensemble rocks out to the soundtrack of Love Is Like Mud, showcasing vocals that are more often seen from traditional musicians than from stage performers. Gavin Rohrer and Taylor Kate Manns never quite convey the supposed “chemistry” between Jon and Anne, a difficult feat in a small concert staging, but they are appropriately coy and playful with one another and Manns has a fabulous indie rock quality to her voice that energizes many of their scenes together. Jay Liebowitz and Elise Reynard are engaging character actors who lighten up the show with their turns as Jon’s stereotypical Jewish parents, and Raynard’s portrayal of Anne’s ditsy friend Maya drew quite a few laughs from the relatively quiet audience. The band, including Benjamin Folstein, Peter Van Leeuwen, Jerry Weimer, Chris Bacas, Justin Wood, Peter Dizozza, Julian Rowe, and Nic Fera, also steals many scenes in the show, conveying personality and impressing with their energized grooves.

Love Is Like Mud is the sort of kitschy show that fits well into the FringeNYC line-up, and, while not groundbreaking, it has some high-octane musical highlights and relatable themes that many theatregoers will enjoy.