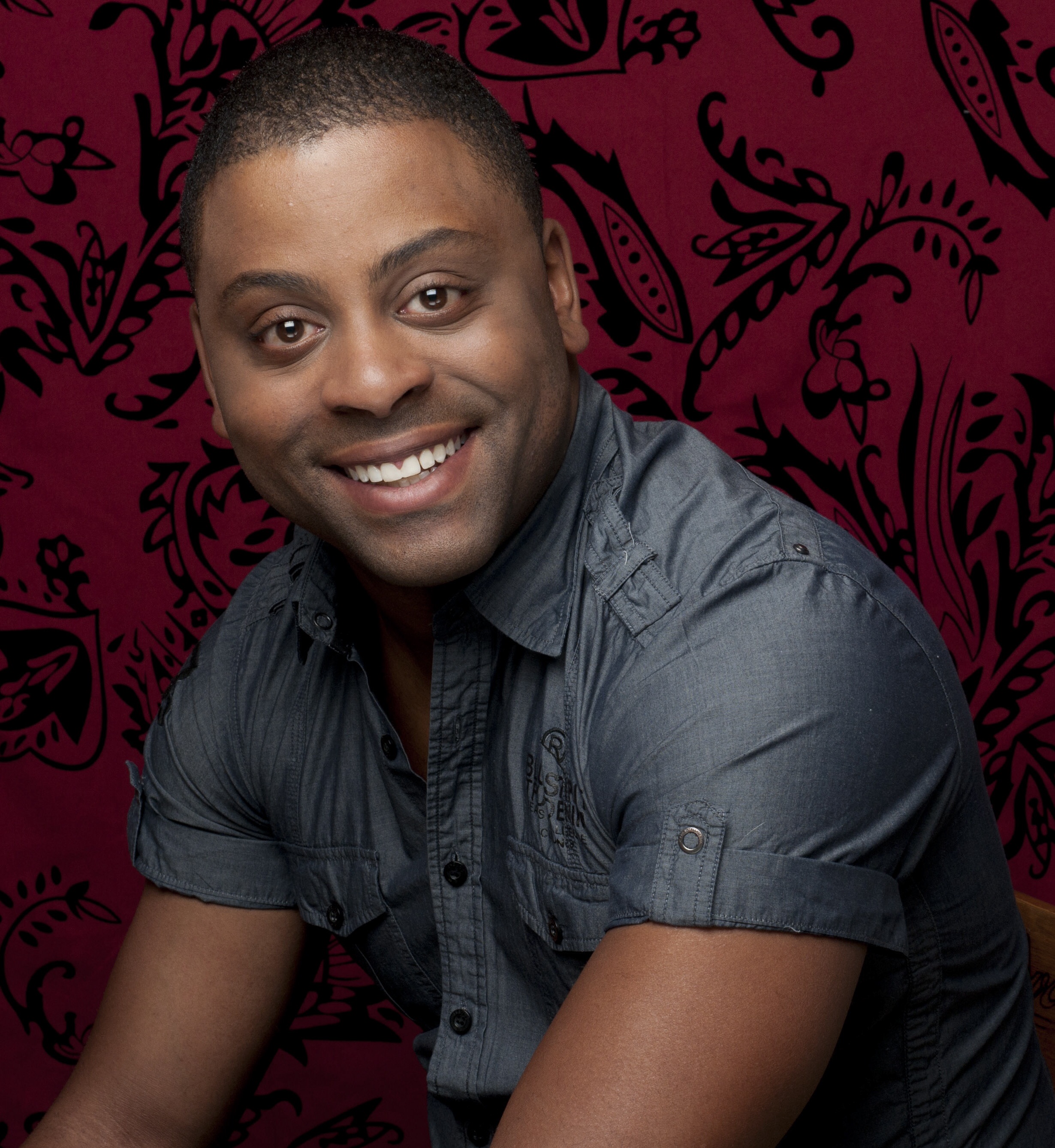 Standing on a stage painted to resemble a giant piece of fruit, wearing a goofy green and orange ensemble and antennae, Stewart Adam McKensy never looked anything but dignified. In Young People’s Theatre’s Canadian premiere of a new James & the Giant Peach musical from Pasek & Paul, Stewart’s gentle, mannered and wonderfully sweet violin-playing grasshopper completely stole our hearts and made us rethink our stance on bug-stomping.

He found a few minutes between rehearsals for the National Tour of Kinky Boots to tell us about his Best Actor in a Musical-nominated role.

Can you remember your first experience with musical theatre?
When I was younger I went to St. Roberts CHS as one of the jocks on both basketball and track teams. One day two girls approached me in the halls and said they were in desperate need of boys to join their community theater group or their show would be cancelled! I agreed to help them out with their musical called Pirates of Penzance and I played a ‘Cook Pirate’ complete with a chef’s hat, pot and spoon. Needless to say I was bit by the theater bug and spent the rest of my high school years doing over ten community theatre shows!

What are some of your favourite musicals?
This is a hard question my love of musicals is always changing!  But three of them are Kinky Boots, Ragtime & Songs For A New World.

Do you have any dream roles you’d love to play?
Right now it would be Lola/Simon in Kinky Boots!

Where did you develop your triple threat skills?
I had a lot of training when I was younger doing community theater shows as well as being part of my school band, choir and my church youth choir. After that I was accepted and graduated from Sheridan College Music Theatre Performance Program.

How did you get involved with YPT?
I’ve wanted to work with YPT (Young People’s Theatre), for years now and was out of town during their general auditions! I felt I was too late, but my husband Clarence taught me “you never know until you ask”. So I sent an email with my headshot and resume requesting to audition for them. They kindly returned my email with an audition time and I promptly got to work finding a monologue as well as a song that would suit their mandate.

How does the experience of children’s theatre differ from a more conventional show? Is it harder?
Well I wouldn’t say it’s harder but different performing mainly for kids because they will tell you during the show if they like it or not! Plus they can only sit for so long compared to adults. I also feel more like a kid where I am able to play around on stage allowing myself to find a deeper connection with my character and fellow actors.

Kids have a tendency to interrupt and yell at the stage. Were there any particularly memorable interruptions during the run of James?
The most memorable reaction from the kids (which happened everyday), was when Alessandro (who played James), hit the peach scrim on the button of his song, sending a rippling effect upwards! Then the kids would all ‘ooh’ and ‘awe’ in excitement. It always left a smile on my face.

How does one go about developing the physicality to play a grasshopper?
I tried to get as much information as I could from the score and script to help me have a basic idea of Grasshopper. Then I took a look at the set, costumes and learned he was based from a rainbow grasshopper. Google is great for that! Then I got to rehearse with Sue Miner, our director and Jen Shuber, our choreographer. In the end they helped me play around and find out more of who Grasshopper was.

Your version of the grasshopper was a real gentleman and a classical musician. Do you now hesitate before stomping on critters in case they’re similarly talented?
Oh Yes! Once I started this show I would catch myself about to kill a bug and I just couldn’t do it. I thought of how the aunties would fumigate the bugs in the show. Now I try to help the critters out the door but sometimes my cats (and dog), get to them first :)

Was the book or the famous movie version in your mind at all when developing the role?
I found that the book, movie and script are all different in some ways and since it was a Canadian premiere it allowed me to discover my own version of Grasshopper compared to copying any other form.

What did you bring to the role that was all your own?
I was able to bring most of what you saw to the table and with our amazing director and choreographer they helped me play to find a more dapper and polished Grasshopper.

Do you have a favourite moment in the production?
My favorite moment of the show is when the full company is together singing “Welcome Home” it has some amazing harmonies in it and teaches some great family values making you feel all mushy inside.

What’s your favourite part you’ve ever played?
I was blessed to do a season at the Shaw Festival in their production of Ragtime and was very thankful to have gone on several times for the role of Coalhouse Walker Jr.

What are you doing now/ what’s your next project?
Right now I am on the road in rehearsals for the 1st National Tour of Kinky Boots as one of their male swings.