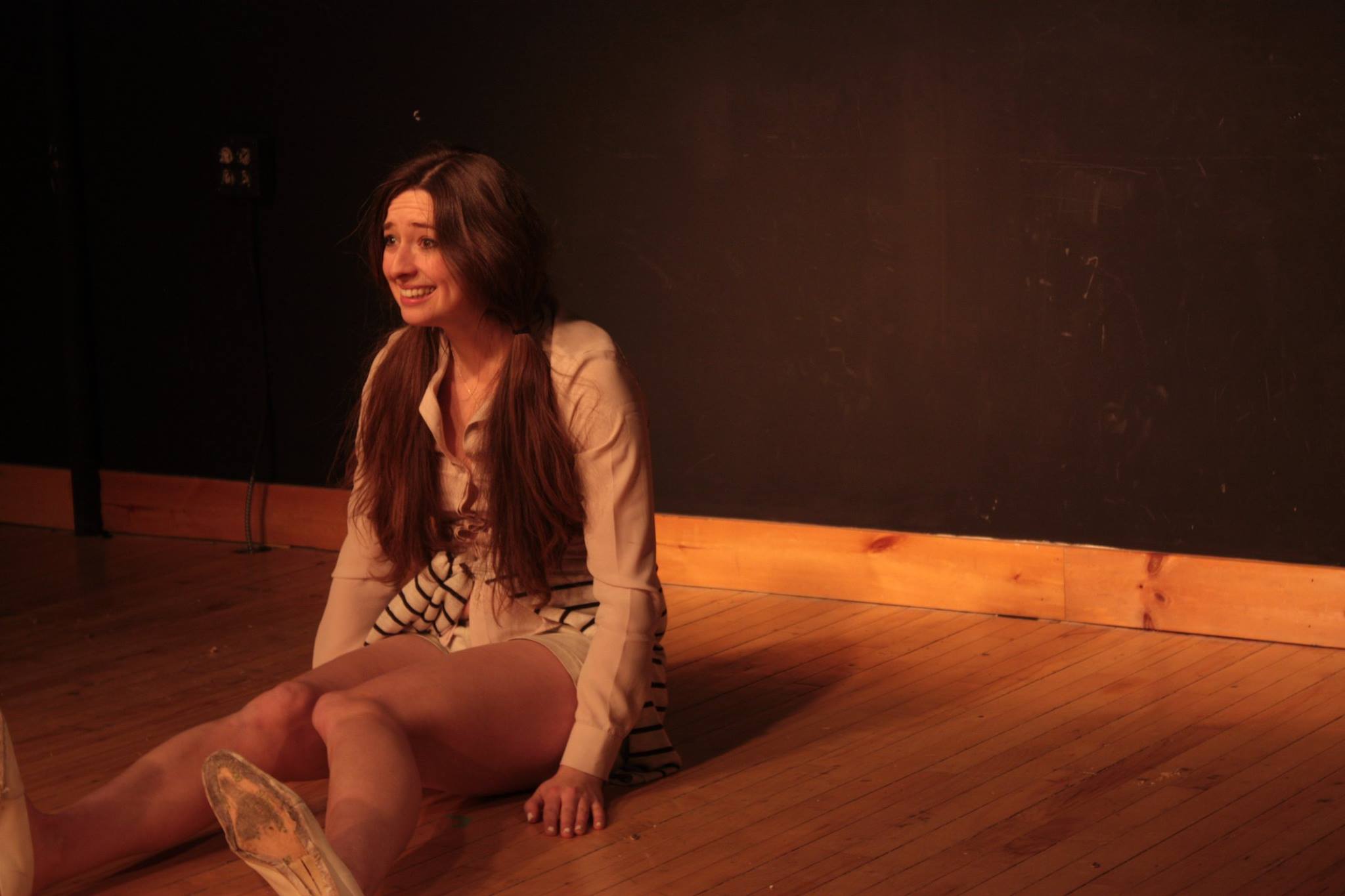 The two one-act plays that make up Spiel Players’ double bill- currently playing as part of Fraser Studios’ 2015 indie season- are both new adaptations of strange, challenging work from radical French playwright Marguerite Duras. They both revel in meandering, poetic language and the pointed vagueness of their character portraits but that is where their similarities cease.

The first of the two plays is Savannah Bay. It begins with and is punctuated throughout by the thrilling voice of Peyton Le Barr singing a mournful Edith Piaf tune from a seat in the middle of the audience (make sure you sit in a chair marked WITH green tape, not without; I accidentally screwed up her blocking by getting that wrong). Around the under-explained but evocative presence of Le Barr, a somewhat abstract, overly sentimental story of memory and longing plays out with stiff actorly precision and little honest emotion.

But just as I was beginning to think Spiel’s non-Piaf-related revelations would leave me completely cold, Le Shaga began. The second of the evening’s performances is everything the first is not- natural, intriguing, emotionally engaging and fun. Stripped of her native tongue and classical formality then thrown completely out of the box, Lisa Hamalainen feels like a new performer after intermission, shaking off the dust of Savannah Bay and sinking deep into the freedom of unconventional physicality and the fictional language of Shaga. The audience is led in their quest to understand this unintelligible speaker by two equally enigmatic characters whose grasp of the English language does not make them particularly easier to track (Duras’ text veers wildly then flips and spins and never quite seems to reach a true destination). But A and H, as they’re called, never want for the more precise language of Savannah Bay or even the emotional clarity of abandoning English altogether because MVP Le Barr and the always great Paolo Santalucia bring such incredible honesty and relatability to the roles that their every motivation and reaction could not ring more true. At one point, Le Barr’s A delivers a surreal stand-up comedy routine that makes very little literal sense. In Le Barr’s performance, facing the audience head-on, a world of nerves and pride and self-doubt and intensity and relief is communicated, though the words she actually says (all intelligible English) feel strictly secondary. As A unleashes herself in performance, H sits among us, watching her as we watch her, thoughtfully sharing sunflower seeds with his fellow audience members. In case you somehow fail to comprehend the emotional gutpunch delivered by Le Barr in this scene, director Joanne Williams’ consistent placement of H among the audience (he begins there too) clarifies the importance of the vulnerability A’s showing onstage. He’s simply sitting, starring transfixed at the stage, eating sunflower seeds, but the warmth in Santalucia’s performance and the kinship Williams helps the audience to establish with him helps him lead us to the only available reaction as Le Barr’s entrancing monologue concludes: a quiet but pointed “wow”.

Savannah Bay is the sort of punishingly vague, introspective piece that gives poetic, non-linear storytelling a bad rap and leads Spiel Players’ Duras Double Bill into the shadows. Thank goodness Le Shaga, aided immensely by a pair of stunning performances, is more than bright enough to see in the dark.