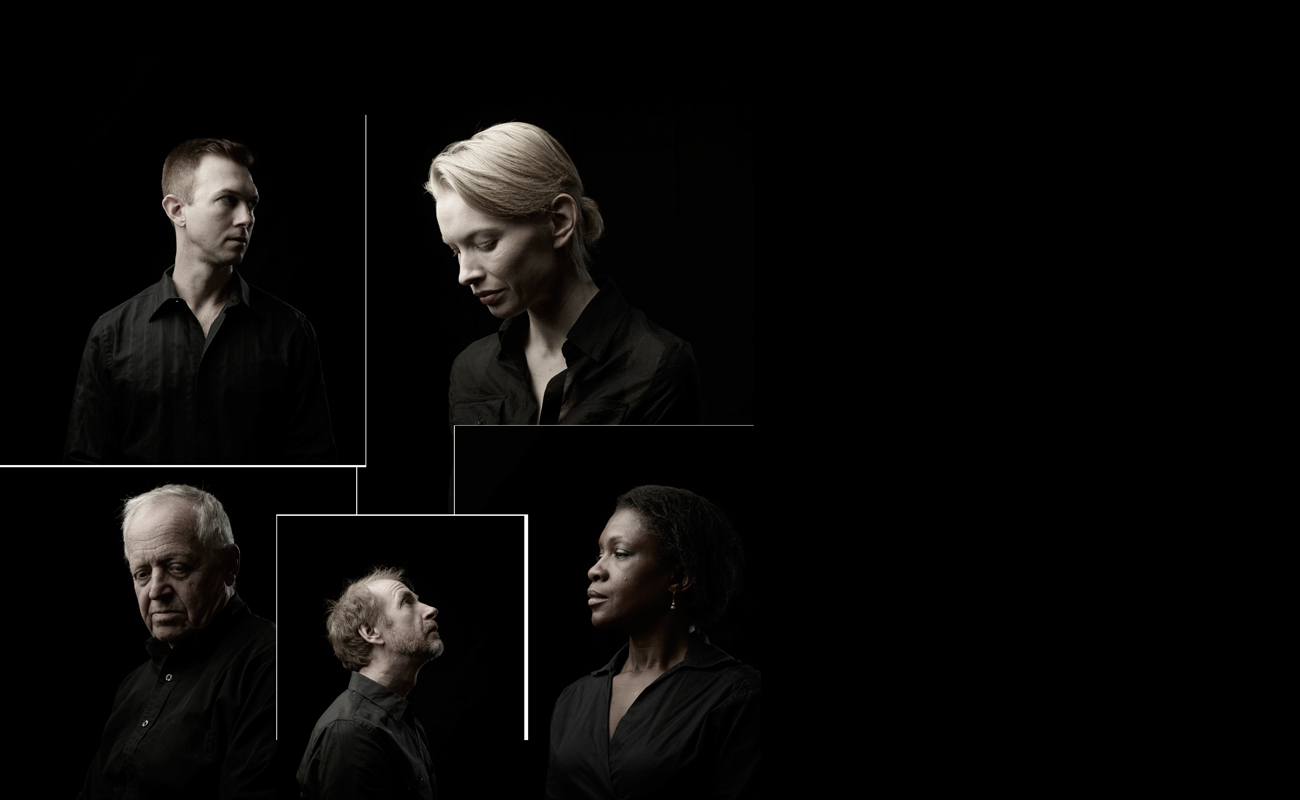 Chris Abraham knows how to assemble a cast. The Seagull- his latest production for Crow’s Theatre, currently playing at the Berkeley- sports the director’s most perfectly constructed ensemble yet with some of Canada’s greatest actors each playing their strongest notes with a key lack of background noise to distract from Chekhov’s incisive story about art and artists and love and lovers and humans and humanity.

Julie Fox’s stark set combines with an evocatively intrusive sound design (Thomas Ryder Payne, of course) and the occasional wind effect to bring the January chill into the theatre and the audience to the Russian countryside where the famous actress Arkadina (Yanna McIntosh) is staying with her brother Sorin (Eric Peterson). Arkadina’s son Konstantin (Philip Riccio) is an avant-garde playwright set to premiere his latest work on a small outdoor stage to an audience of his mother’s friends and lover, the renowned writer Trigorin (Tom Rooney). Riccio’s performance, rich in palpable artistic desperation, distasteful pretension and intense longing for his flighty and curious leading lady Nina (Christine Horne), paints a complex portrait of the independent artist, heartbreakingly clarified by his mother’s narcissistic dismissal and jealousy-motivated belittling. Between the trio of Riccio, McIntosh and Horne, a thousand confrontations play out in sidelong glances and possessive grasps (Riccio embraces Horne’s small frame with a romantic vigour and protective posture that doubles as a cage). Rooney’s bored and commanding Trigorin is at once a charismatic danger who rightfully captures both Nina and Arkadina’s hearts, and an infuriating parasite (to steal an insult Arkadina wields against her own son, Trigorin’s rival) whose success as a writer and power over the women in Konstantin’s life tortures the young artist. He, in turn, tortures the falsely melancholy Masha (Bahia Watson) whose unrequited love for Konstantin receives rebuffs to match those she delivers to sadsack schoolteacher Medvedenko (Gregory Prest). It’s a love pentagon complicated by familial resentment and artistic aspiration, cut with deadpan philosophy courtesy of a perfectly cast Tom McCamus.

Christine Horne gives the performance of her career thus far, intricately capturing all the aspiration, ferocity, sorrow and learned, misguided deference that swirls within Nina’s quiet presence. The rest of the prestigious cast (with the exception of Watson who leans too hard on Masha’s brattiness and not enough on her trapped frustration) delivers more in line with expectation as they’re deployed shrewdly, Abraham brilliantly tapping into each actor’s signature strength (McIntosh’s calculated majesty, McCamus as the wise jester, a loveably cantankerous Peterson, Prest as a neurotic romantic eliciting endless audience empathy) to create a balanced ensemble of richly portrayed characters each more thoroughly explored than they might have been were the actors reaching further out of their established wheelhouses. Within these comfortable roles, this top-tier assemblage of players is able to layer details that make the performances feel uniquely lived-in and thought-out. Riccio’s Konstantin makes romantic proclamations from his small outdoor stage while other characters carefully step around it. Prest’s restless and out-of-place Medvedenko never stops moving (he balances an apple on his croquet mallet, takes off his shoes mid-picnic to massage his feet) while McCamus’ Dorn stirs only to turn a page in his book.

Abraham brings a unique insight to his casting, a skill that sets him miles ahead towards a successful production before he even enters the rehearsal room. His production of The Seagull doesn’t present any real argument about the play itself or reinvent it for a contemporary audience. What it does, instead, is dive deeply into Chekhov’s human beings, bringing the exact right actors along to help in his investigation and bring to light new discoveries, perhaps not groundbreaking but inescapably human.

The Seagull plays at the Berkeley Street Theatre until February 8th.
Get your tickets HERE (quickly because they’re nearly sold out).