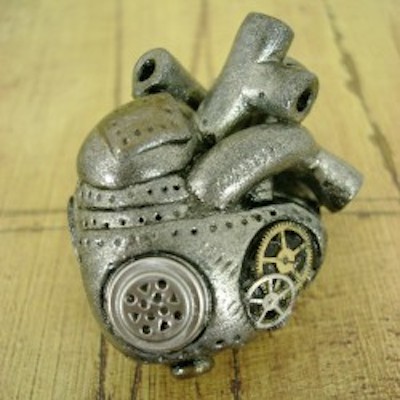 Amusement (B+)
How cute are Johnnie Walker and Morgan Norwich. And what an enjoyable performance they’ve put together to celebrate Nobody’s Business Theatre’s 10th (along with Redheaded Stepchild, review forthcoming). Amusement is funny, brilliantly written and wonderfully executed. This comedy, and sometimes musical, is the perfect fix for any 28, going on 19-year-old out there.

Meet Rose and Sebastian, best (now estranged) friends from University. Reconnecting in their late 20s, they, after a long day of drinking in the park, decide to go to Orlando for the summer to play princes and princesses in the famous amusement park there (which, though never named for (I assume) copyright reasons, is definitely Disney World). So begins their hilarious journey down to the crazy world of The Park, as they sing with inanimate objects, meet old lovers, and navigate crazy co-workers and bitchy princesses. While certainly talented performers, the true strength of Amusement is its creative and accessible script. Knowing a lot about the strangeness that is Disney Land and being a Disney-style princess myself, I was impressed with how many factually correct details the script included, while simultaneously presenting totally farcical scenarios. From the groundskeeper Moon Dragon, to Hilda the aged, underpants-wielding costume mistress, to the experimental (probably Brechtian) theatre director Renoir Magritte, the play was creative, well-structured with the all the unexpected/expected twists of a good comedy. The only downfall was a few too many Disney-style songs that simply didn’t fit with the wit of the rest of the show. One would have been enough.

Like Disney-movies? Miss those salad university days? Need to take some time away from pretending to write your honours/masters thesis? None of the above? Definitely check out Amusement.

Parallel Play (B-)
As a fan of Elvira Kurt, I was a little disappointed by Parallel Play. While funny, it just does not compare to the other sketch comedies the Fringe has to offer.

Parallel Play is about babies and being a gay mom, and being in a relationship after a certain age, and things we wish we had said/done. Both Kurt and Megan Fahlenbock offer honest and endearing performances. There is a subtler, and perhaps goofier approach than other comedians, and it’s a welcome break from the constant reference jokes that seem to have infected sketch comedy. These stories are relatable, and you don’t need to have seen this movie, or know that TV show, to get them. That said, I didn’t laugh all that much. The comedic timing was hit and miss and the transitions were needlessly lengthy. And there were moments that were not meant to be funny at all—they were sad, or thoughtful, or heart wrenching. And while I do a little laughed-till-I-cried/cried-till-I-laughed, emotional-rollercoaster performance experience, something in the comedy-drama ratio was off. They didn’t quite get the balance.

I would skip parallel play, especially if you’re looking to laugh. There were wonderful moments, especially when Kurt imagines what she would really like to say to her therapist (“Why haven’t you fixed me yet!!”). But in the time-competitive and comedy-saturated landscape that is The Fringe, there are better shows to see.

Cirqular (A+)
Want a puppet show to teach you how to love again? See Cirqular. This thematically complex and beautifully detailed puppet show had the audience on tenterhooks the entire time. Those of us in the back row were standing up to see better, as we all watch in quiet amazement as the talented folk at Artichoke Heart brought clocks, birds, a makeshift metallic puppets to life. It was like Pixar’s Wall-E, in real life.

Cirqular is narratively about many things. It’s about two sisters who have somehow drifted apart. It’s about an old woman turning back the clock, wanting to live forever. It’s about a baby bird, discovering this world, and trying to fly. It also, maybe, doesn’t matter what it’s about. The focus of circular is not the narrative, but what it evokes. Like a dream, we jump from moment to moment, unable to describe them in anything else but emotions. The different puppets and how they loved and hated each other, made us think of death, life, growing old, being born, discovery, work and desire. Time. It made us think about time, and all the emotive responses we might have to that.

I’m not a huge puppet show person. But I was completely enthralled for the entirety of Cirqular. It was really beautiful, and sad, and hard. In the same way that it’s hard to describe a dream after you have it, I’m struggling to put this wordless theatrical experience into words. You just need to experience it for yourself.

Emergency Monologues (B+)
If you’re looking for some excellent, unique storytelling, look no further than Emergency Monologues. While not a ‘play’, Morgan Jones Phillips tells us different stories from his life as a paramedic in Toronto. Since he has enough to fill a small book (conveniently for sale after the show!), Phillips come on and spins a wheel to decide what stories he’ll tell. As he explains in the introduction, there’s risk in the job of a paramedic; you never know what’s going to happen. And so similarly, this show is risky, offering no promise of narrative, artistic structure, or satisfying denouements. No, all Phillips promises us is stories. And boy, does he deliver.

Phillips is an excellent storyteller. He has good timing, delivery and physicality. This man is no actor, and doesn’t pretend to be. However, he has experienced a great deal, and knows how best to perform those experiences. Every performance is different, so it’s hard to know what you’ll get. On the evening I saw the show, he told the story of the guy with the giant nut sack, the half naked Latina, and the girl that bled from the mouth, to give you a sampling. As Phillips says at the beginning, some of the stories are raunchy, and he invites anyone to leave if they’re uncomfortable, and offers one puke bag that he’s brought with him, warning however, that there can be no chain reaction. There were two parts that could have been improved. The first is that he stopped near the end and sang the self composed song, “I’m dead inside,” which, with the sing-a-long option, while cute, was a mere distraction to the fun of listening to him tell stories. Actually, the best parts of the song were when he broke from singing and told a small anecdote. Second, he offered a disclaimer and introduction at the beginning, which, also brimming with his charm, were too long. Yes, introduce. Yes, disclaim. But get to the stories!

If you’re tired of the extremely performative nature of some of the Fringe shows out there, Emergency Monologues is a breath of fresh air. Reminiscent of something like Winners and Losers, Emergency Monologues doesn’t need artifice to entertain. But it still maintains a high level of performance craft, and truly excellent storytelling.

Mind Map (C+)
There was bound to be one. One show that just wasn’t polished enough. It just wasn’t ready for performance. It just needed some direction, or some craft. Mind Map, with the earnest and totally huggable Wes Lord, was just a list of good ideas, clearly a work in progress that still needs a little work. And while I really wanted to like Mind Map, I can’t in good faith give this a better review.

The concept behind Mind Map is that Lord brings us into his analytical brain. He introduces us to the unique way he thinks, bringing us through a series of his hilariously bad decisions, from that time he had beriberi, to his first kiss. And Lord is seriously likeable. He played to a small, but engaged audience, and was equal parts charming and awkward. I can see why he thought this would be a good show—he does have a seriously fascinating way of thinking. His conflicted results in a proportionally conflicted was of navigating the world, what he calls his feminist brain vs. his red neck brain. But this isn’t good theatre. Lord simply talks to us on a microphone, a completely unneeded technical devise in the intimate space of the Tarragon solo room. You can tell he’s most comfortable on the open mic comedy stage, and there is no attempt to diverge from this in any way. Zero attempts to explore other methods of staging his storytelling. It’s too bad, because he is a good storyteller. The story of his first kiss with his high school girlfriend was particularly endearing, and had this reviewer totally enthralled.

I really wanted to like Mind Map. I liked Wes Lord, I liked his mind, put I didn’t like how he mapped it for the audience. He wondered himself, in the performance, if that was the right name. Lord is definitely someone you want to swap stories with in the wee hours of the Fringe tent. He’s someone that you want to pick the brain of over your third (fourth?) apricot ale. However, I would give his Fringe show a miss.