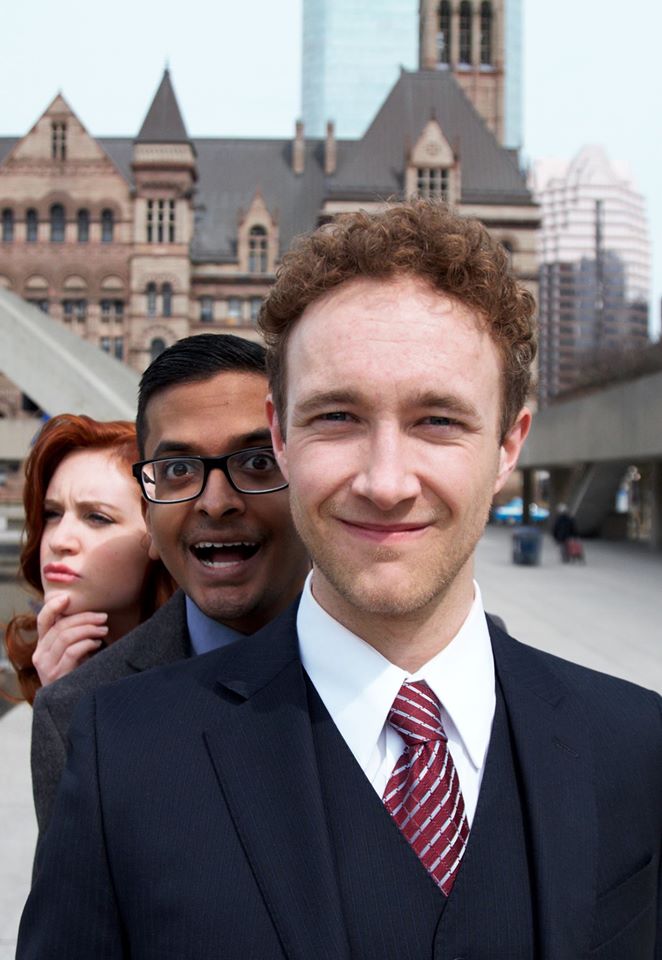 Sean & Steven Run For Major (B+)
As most Fringe goers know, it’s word of mouth more than any review that will get you out to see a show. Whatever they’re talking about in the fringe tent; that’s what you see. And I heard them talking about this laugh-out-loud-the-entire-show comedy. Ironically, this may be why I didn’t enjoy Sean & Steven run for mayor as much as I had hoped. I did laugh, it is funny, but I left thinking “cute!” and not with my abs aching from too much fun, as I had been promised. All that to say, while I didn’t die laughing, others did; the show is a lot of fun, and worth checking out.

Premise: the name says it all. Sean and Steven decide to run for major of Toronto. And they just might get it, if they’re not foiled by the evil plot of Nicole, the perfect mayoral candidate. The script is clever, the acting is tight, and there is even song and dance numbers! What’s more, the three actors clearly have a lot of stage chemistry— between Steven Suepaul’s hilarious antics, Sean Ogle’s sweet earnestness, and Nicole Buscema’s she-devil-meets-girl-next-door-ness, the three make quite the ensemble. Buscema is especially excellent at her role of a 2-faced mayor. She masters complex many-worded monologues to great effect. Every single moment she was on stage was a funny one. The piece also deserves full marks for production value—their multipurposed set piece exemplified that you don’t need a huge and complicated set to bring to life multiple scenes and environments.

All in all, do check out Sean & Steven Run for Mayor. It’s a fun afternoon, and with a clever script, fun characters and timely premise, you’ll be wishing these two were actually running for mayor.