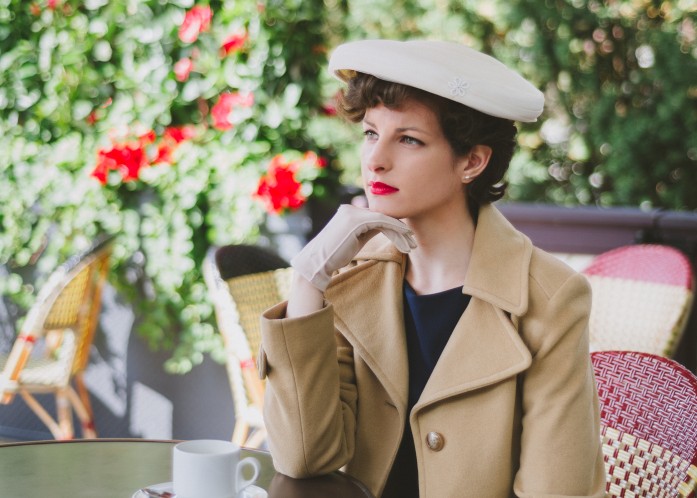 I am an actor. Since graduating from theatre school almost four years ago, I have also become (in order and to greater or lesser degrees) an acting coach, a director, a stage combat choreographer and teaching assistant, a producer, an adaptor, and finally, a writer. One of the joys of being a young Canadian actor is a general lack of employment, so you keep yourself engaged and creatively fulfilled any way you can. I have loved all of my shiny new hats , but nothing fulfills me as much as my acting work.

This past fall, during a particularly dry spell, I decided it was time to take my career into my own hands. I submitted to the Canadian Association of Fringe Festivals lottery, then to individual festivals across the country. I didn’t know really what I would do if I got in, but I had the irrepressible desire to Make Something. In the back of my mind, I thought this might be a fun opportunity to write that one-person show I’ve always had in the back of my mind, not thinking that I would actually get in or have to go through with it. When I landed a spot in the Toronto Fringe Festival, my immediate impulse was to give it up. Who was I to write a show anyway? Maybe I could just find a script and produce it. Ugh. Then I’ll have to hire a production team, a director, hold auditions, cast the show, deal with everyone’s schedules…in the words of my friend Ashley, I say “no, thank you”. But I didn’t give it up. I mulled it over for a few months, feeling simultaneously inspired by so many of my friends and colleagues who have bravely toured their shows across the country and terrified by the prospect of Making Crap. I had (and still have) my formal withdrawal letter saved in the Drafts folder of my e-mail.

I am sharing all of these very vulnerable feelings with you because I also want to share why I have stayed in this crazy festival and why I will walk on to the Theatre Passe Muraille Backspace stage next month and perform the play that I wrote in my little bachelor apartment, in coffeeshops, on the subway and GO trains, in my head on my bike, and in tears. I am doing it because I really love theatre. This terror that I currently feel somewhere around my solar plexus usually means that I am making something that I care deeply about sharing with the world. I am finally giving myself permission to speak in my own voice, as a writer and performer. It may seem small, but in all honesty, as an actor, you make your own truth out of someone else’s words and ideas. And as a woman, you often find yourself being pressed into a small socially acceptable box that defines everything about you: your voice, your hair, how much space you take up in the world (or on the streetcar), how often you speak in conversation. I wish it weren’t true, but I feel that some of my best work as an actor has been in male roles because I didn’t feel the same kinds of restraints on myself and my characters. Maybe that’s my problem, but this is my solution.

So come on out to the Fringe and see some theatre. I really hope you see my show (I have a recurring daydream that it will just be me, alone, performing the play every day to a completely empty house and I somehow still get horrible reviews), but really, see any show. Before that, come to Headstrong Collective and Meatlocker Editions’ Women of Fringe launch party at the Central (603 Markham St) on Tuesday June 24th (more details below!!). There will be some amazing work at the Festival this year, particularly by young female theatre artists, and we’re doing it because we want to share it with you.

Licking Knives Info
Exploring the themes of identity and self-determination, Licking Knives is a darkly funny story told by a confident, confused, indignant young woman who decides to leave home in the spring of 1939. It is a journey that will take you across Europe from a stick in the Ukrainian mud to the City of Lights.

“Ukrainian people are convinced that everything will turn out shit because it always has. And they are always right.” – from Licking Knives

Tickets are on sale June 12th and passes are now available!

WOMEN of FRINGE: The Party
To celebrate the work of female and female-identified theatre artists in the 2014 Toronto Fringe Festival, Headstrong Collective and Meatlocker Editions will be hosting a pre-Fringe party at the Central (603 Markham St) on Tuesday June 24th at 7:30pm. There will be brief previews of Melanie Hrymak’s Licking Knives, Kanika Ambrose’s The Art of Traditional Head-Tying, and Rebecca Perry’s Confessions of a Red-Headed Coffeeshop Girl. Then enjoy the rest of the evening, complete with a performance by the incredible singer-songwriter Angela Saini (angelasaini.com)!