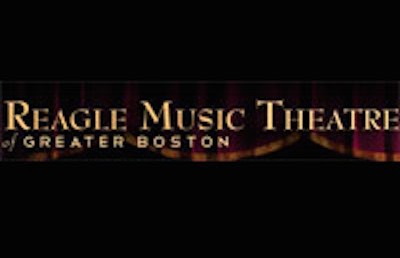 The “Coming Soon” feature is the newest addition to the Boston My Theatre Branch to satisfy your theatre cravings during the long summer months. While we have plenty of New England summer stock (which we’ll highlight with vigor and delight), it’s no surprise that Boston theatres virtually shut down for the summer months, focusing on educational opportunities and re-vamping for their next marathon seasons. Therefore, we start with our previews of what’s coming to the summer stock stages of sunny New England in 2014, and then we’ll feature our Greater Boston theatre companies and what’s in store for the 2014-2015 Season. We hope these features offer information for all: new patrons, subscribers, and theatre lovers. If you have any comments or feedback on our newest feature, or suggestions for theatres to feature, please email the Head of Boston My Theatre Branch, Brian, at brian@myentertainmentworld.ca.

Celebrating its 46th Annual Summer Season, Reagle Music Theatre of Greater Boston boasts: “Broadway at your doorstep.” Conveniently located in Waltham, MA, it is one of the more physically accessible summer theatre companies for Boston patrons. Reagle Music Theatre annually uses Broadway professionals and regional talents to recreate the original Broadway productions (whenever possible) through semi-professional productions. In the past, this Broadway talent has varied in its success rate. This year, they have not advertised their incoming Broadway talent yet, which leaves us wondering who will appear at our doorstep for the summer. Last year, Reagle Music Theatre made a strong showing at the 2013 Boston My Theatre Awards, nominated for eight awards, and winning Best Supporting Actress in a Musical (Mara Wilson as Éponine in Les Misérables) and Best Ensemble in a Musical (Les Misérables). Can they make an even more impressive showing this year? Without further ado, here are the shows, along with some short commentary:

This classic is truly enchanting. Winner of 10 Tony Awards and the Pulitzer Prize for Drama, South Pacific is as haunting as it is beautiful. Set in the Pacific islands during World War II, young and brash nurse Nellie Forbush falls in love with the mysterious and charismatic French planter Emile de Becque, who harbors a secret that threatens to tear them apart. The musical features such popular (and catchy) songs as: I’m Gonna Wash That Man Right Outa My Hair, There is Nothing Like a Dame, and Some Enchanted Evening. With a lush score to match the beautiful terrain and the romantic conflict to rival the uncertain warfare, South Pacific is certain to delight modern audiences just as it did when it premiered in 1949.

Coming off a recent Broadway revival, South Pacific has been due its Boston revival. According to Reagle’s website, they performed the musical last in 1989. The musical is rich with timely themes of racism, xenophobia, and romance. While the musical can twist and turn (Luther Billis’ story seems like mere filler, and no one ever quite interprets or uses the song Honey Bun to its full effect), the main love story is unmatched in its complexity. Nellie is a formidable role for any female ingénue to tackle, stealing the show with her transformation and wit; notable stage performers who have played the role include: Mary Martin (OBC), Florence Henderson, Kelli O’Hara, and Laura Osnes. The show has been hailed as “South Terrific” and it’s easy to see why with its large ensemble of substantial supporting characters, many with their own stories and journeys. As we continue to battle racism, sex and gender roles, and diverse cultures, especially in the military, South Pacific emerges as a musical for the whole family, offering deep discussions about what it means to love, the importance of acceptance, and how we can move forward as a society.

While no cast or production team has publicly been released, given the talent during last summer season’s Les Misérables and Fiddler on the Roof, I know that we are in good hands. I can only hope that we see some regular local talent again, including, but not limited to, the charming David Carney, the boyish Matthew Phillipps, the talented Gillian Gordon, the unmatchable Mara Wilson, the stunning Jackie Theoharis, and the lovely Rachel Bertone.

ME AND MY GIRL
Book and Lyrics by L. Arthur Rose and Douglas Furber
Music by Noel Gay
Book Revised by Stephen Fry
Contributions to Revisions by Mike Ockrent
July 10 – 20, 2014
Tickets on Sale

Set in the 1930s, the Hareford “dynasty” realizes that they are without a legitimate heir to the title of the Earl of Hareford, and in comes the cockney chap, Bill Snibson, the “long-lost Earl of Hareford.” Unfortunately, the Will of the late 13th Earl requires Bill to satisfy some very proper executors that he has the gentlemanly manners to behave in English court. But when Bill’s girlfriend, Sally, a Cockney girl herself, is ridiculed and sent packing by a snobby Duchess, will Bill give up the fame and fortune for one true love? How will he win the acceptance of the family that he never knew?

I can’t pretend that I’m too excited for this ditty. Everything that South Pacific has in rich emotional complexity and gorgeous storytelling, Me and My Girl snubs with its light and fruity taste. Doin’ the Lambeth Walk and Leaning on a Lamp-Post might be the only “famous” songs from this relatively obscure musical, but even they fad in comparison to the dynamic numbers from last season. However, its gayety is appreciated and the story could be a pleasant surprise with the right Bill. I’m impressed that Reagle is taking a chance on this piece, especially between the bookends of two very popular musicals (for very different reasons). I’ll trust that this decision is part of carefully selecting a diverse season, and move on.

SINGIN’ IN THE RAIN
Screenplay and Adaptation by Betty Comden and Adolph Green
Songs by Nacio Herb Brown and Arthur Freed
Based on the MGM film by special arrangement with Warner Bros. Theatre Ventures, Inc.
August 7 – 17, 2014
Tickets on Sale

And here’s the money-maker. What a glorious feeling, indeed! The 1952 American musical comedy starring Gene Kelly, Donald O’Connor, and Debbie Reynolds stole our hearts. Set in the 1920s, the musical follows Don Lockwood (played by Kelly in the movie, no he will not be reviving the role), a popular silent film actor. Torn between on-stage leading lady, Lina Lamont, and the stage actress, Kathy Shelden (played by Reynolds in the movie, also not reprising her role), Don must negotiate his conflicted heart with his conflict career, as Hollywood transitions to “talkies.” With the help of best friend, Cosmo Brown (played by O’Connor), Don must decide how he will keep his career and win the girl of his dreams.

Featuring such famous songs as Good Morning, Make ‘Em Laugh, and the title song Singin’ in the Rain, this musical is a trip back to the timeless era of movie musicals. The musical features big songs, big dances, and big Hollywood ending for the whole family. It’s no surprise why Reagle would end their season with this guaranteed crowd-pleaser. I hope that they take at least some local talent for the three leads, though mixing a professional out-of-town charmer with a fresh-faced local burgeoning star might make for the perfect storm. Reagle has been known for its outstanding choreography, making this show an obvious choice. Given the older demographic in the Greater Boston suburbs, audiences will likely flock to see Singin’ in the Rain, however I wonder if they can truly make the production shine. The movie creates an iconic image for which most productions fail to attain; community theatres and high schools around the area attempt the show every few years to varying success. While Reagle has always shone with its technical elements and star talent, can they create the same magic of the movies on their stage?