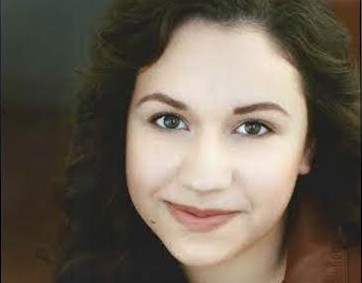 High school student and accomplished musical theatre performer Mara Wilson was nominated for Best Supporting Actress in a Musical for her performance in the 2013 Reagle Music Theatre of Greater Boston’s Les Misérables.

I got a chance to talk with Mara about her rehearsal process, her idols, and how such a talented performer is still in high school!

Wow, Mara, you certainly made an impression in your performance as Eponine in Les Misérables at Reagle Music Theatre of Greater Boston this summer. Tell us about how you got involved with Reagle, and how you got this role.
Thank you so much! Eponine has been on my list of dream roles for years. I’ve seen many of Reagle’s shows and when they annouced Les Misérables was part of their season, I just had to audition. I went to the audition expecting absolutely nothing. (At the audition we were given a card to fill out that asked us to list our desired role(s) in the show; I joked about writing ‘A Piece of the Barricade’ because I would’ve been willing to play just that!) After the initial audition, I was called back for Eponine and Cosette. At the end of callbacks, men called back for Marius were brought in to sing “A Heart Full of Love” with us. I began as Cosette, but, the second time through, they asked me to sing for Eponine and I stayed in that role for the rest of the night.

And it sounds like you won them over! Okay, let’s back up a little. What is your performing background? Do you have a preference for musicals versus plays?
My love for musical theater and straight theater is equally vast. I’ve done both [musicals and plays] and had amazing experiences with them. I’ve gained most of my experience from doing shows at my high school, but I’ve done many regional and community shows during the summer season as well. I joined the theater world later than most so I’ve been trying to catch up on experience since I began!

You’ve caught up so quickly! You must have had some great productions in the past. What draws you to work on certain productions or shows? Do you pick shows for the content, the roles, the director, the company?
I try not to put limitations on what types of shows I audition for because it might cause me to overlook something really incredible. I’m ususally drawn to pieces because I find that a show or a character has a really interesting story to tell; so I guess I would say roles and content mostly. But I ‘ve also been able to work with many wonderful directors and companies and I always jump at the opportunity to work with them again.

Your chemistry with Marius (Ross Brown) was amazing! How did you build such a strong relationship with him?
We’re both such goofballs. We clicked both on and offstage. Putting the friendship Ross and I developed into the show made it easy to make the stage our playground. We both had a great idea of what we wanted the relationship between Eponine and Marius to be and a strong desire for the scenes to be good.

What was your favorite role? Why did you enjoy this role so much? Did your reaction to the role surprise you?
I don’t think I could pick a single favorite. I absolutely loved playing Eponine.  I also loved playing Dainty June in Gypsy because it was completely different from my personality and any role I’ve played. Another one of my favorites is Mrs. Johnstone in Blood Brothers. Between the plot itself and the many different parts the character has to her, it was easily the most difficult journey I’ve ever had with a role.  But in the end, it turned out to be one of the roles of which I’m most proud.

You had so much raw emotion during “On My Own.” How much did you relate to Eponine? Was it a struggle to connect with a character who is from a very foreign (no pun intended!) time and place?
There is so much of Eponine inside me. I don’t think her feelings are specific to a time and place; everyone has felt the way she has at one point, I’m sure. It’s easy to connect with the negative part of “On My Own.” But I think one of the greatest things I share with Eponine is an imagination. Her imagination allows her to have all the things she wants, including what she wants most: Marius. Once I discovered the joy she felt by being on her own at the same time, it was easier to delve into her situation. She was no longer just a character to me, she was a person.

You really learned what made Eponine a very rich character. What preparation did you do for this role? Did you read the book by Victor Hugo? Did you watch any of the movies? How do you normally prepare to play a role? Did any roles require more preparation than others?
I’ve seen both movie versions and read parts of the book, but I found that each had their own Eponine. I didn’t use what I saw in those versions because I didn’t want to lose the intention of the Eponine that the musical creates. I tried to provide myself with the tools I needed to allow the character to live in the circumstances. I spent a lot of time trying to get to know Eponine and the causation behind her actions so I could tell her story comfortably and accurately. Les Miserables is wonderfully written so all you need is to be honest. I didn’t want to turn Eponine into something she wasn’t. The simplicity in her hope is really beautiful.

What are your goals? Six months from now? A year from now? Five years from now?
I’d love to be on Broadway at any time! But I would also like to graduate high school and college.

Who do you idolize? As a performer? As a person?
Bernadette Peters and Patti Lupone. They are both such theater chameleons which I so aspire to be. I’m the youngest in my family and I look up to each of the members in it. My parents and siblings are constant reminders of how wonderful it is when someone is successful in their career but also the coolest person to hang out with outside of that.

What is your earliest memory of performing? How does that memory make you feel?
This isn’t exactly about performing, but when I was very young, I went as “Little Orphan Annie” for Halloween. Many people jokingly asked me to sing ‘Tomorrow’ in exchange for candy and I took that request very seriously. I made everyone who asked stand there and listen to me belt the whole thing. I think it’s a funny story. I just feel bad that my dad had to listen to it for probably four hours straight.

Do you have a favorite story? (From a book, play, movie, song) Why do you connect with this story?
I’ve always loved the story of Peter Pan. There was something that was so fantastical about it but at the same time seemed so reachable. It inspires people of all ages to not only see the world of their dreams, but also to live in it.

How would your friends and family describe you?
Playful and sagacious. I love to goof around and be silly, but I also know when it’s time to focus.

Do you have any upcoming projects or productions?
I do! I’m currently in Craig Lucas’ Reckless, in which I play Trish/Sue. But, right now, I’m really trying to focus on auditions for college programs and where I will be for the next four years of my life.

Is there anything you want to share with our readers?
Thank you for reading about and supporting my part in this amazing community!