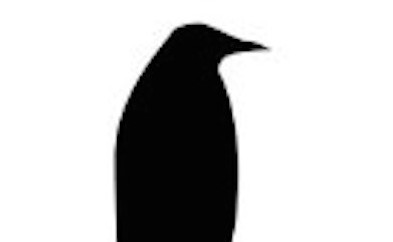 Last week’s spring-like departure from what has been the worst winter in the history of winters was a cruel ruse. Week two of the FRIGID festival was more aptly named as the bitter cold prompted audiences to stay bundled up during performances. However, the chill did not detract from the two enthralling productions that I saw this week, nor did it prevent theatre enthusiasts from packing the Kraine Theatre and Under St. Marks.

J. Stephen Brantley had me from the first strum of his guitar to closing bow in Chicken-Fried Ciccone: A Twangy True Tale of Transformation, the true one-man show about his descent into drug abuse and struggle through recovery (his life presented with a Madonna soundtrack, naturally). Chicken-Fried Ciccone chronicles Brantley’s experiences in the avant-garde and gentrifying lower east side of Manhattan in the 1990s that led to his heroin abuse, the lovers and friends with whom he shared his addiction, the prostitution he engaged in to support his addiction, the loss of his father to similar addictions, and the rock-bottom homelessness that eventually led to his recovery. It’s a personal story that, in the hands of a lesser writer, could seem self-indulgent or like a motivational speech. Brantley expertly avoids both of those pitfalls, and he finds unique ways to connect with his audience, including through music and with humor.

His oral memoir is as much a glimpse into a 1990s New York subculture as it is an autobiographical tale. A subculture that, as Brantley so keenly points out, still exists, although perhaps less publicly than it did in the 1990s. As Brantley describes the popularity of tagging heroin with trendy nicknames and the sky-rocketing demand for certain “brands” after a celebrity overdose, one cannot help but be reminded of the recent tragic death of Philip Seymour Hoffman.

Brantley gives quite the performance in Chicken-Fried Ciccone. A personable entertainer with his guitar in hand, Brantley is a storyteller who is both funny and captivating. This show is deeply personal, and Brantley is unguarded in his performance. He has a story to tell and, with the help of Madonna, tells that story in an incredibly effective and compelling way. It’s difficult not to have an immense amount of respect for Brantley – he is, after all, a smart and talented performer, and, while he may not have an extraordinary singing voice, he radiates passion for this piece of theatrical art.

Ultimately, Chicken-Fried Ciccone is an impressive and memorable one-man show and was a highlight of the FRIGID festival.

I Shall Forget You Presently

Admittedly, I was not an English major in college, nor have I ever much taken to poetry, so I did some research prior to attending I Shall Forget You Presently to ensure that I would not enter the performance completely ignorant of the subject matter. This cabaret is loosely about the life of Edna St. Vincent Millay – a Pulitzer winning poet known for her feminist activism and numerous love affairs with both men and women during the first half of the 20th century. Chase and Overman’s piece explores Millay’s life but does so mostly through her poetry and with the aid of musical selections reflective of Millay’s story and the time in which she lived. Millay undoubtedly led a fascinating life, but it is her words that elevate this production beyond a merely interesting biographical tale.

This show is particularly dependent on the performance of each member of the ensemble, and there is not a weak member of this cast, which includes Nicole Lee Aiossa, Rob Brown, Adam Files, Jennifer Gill, Rachel Grundy, Cara Moretto, Amy Overman, and Adam Swiderski. No scene is more indicative of this strong ensemble than the first and last scenes, which involve the entire cast performing different parts of Millay’s poetry simultaneously while Aiossa sings. Of the entire cast, Nicole Lee Aiossa deserves special mention for her performance. Aiossa has an incredible operatic voice, but she performed equally well with the jazz numbers that complimented the show. All of actresses took turns tackling the role of Millay, which was an inspired decision that highlighted the complexity of the unique life that she led.

Dysfunctional Theatre Company, Eric Chase, and Amy Overman have crafted a beautiful “cabaret” event out of the life and poetry of Edna St. Vincent Millay, and I Shall Forget You Presently is worth a visit to the FRIGID New York festival.