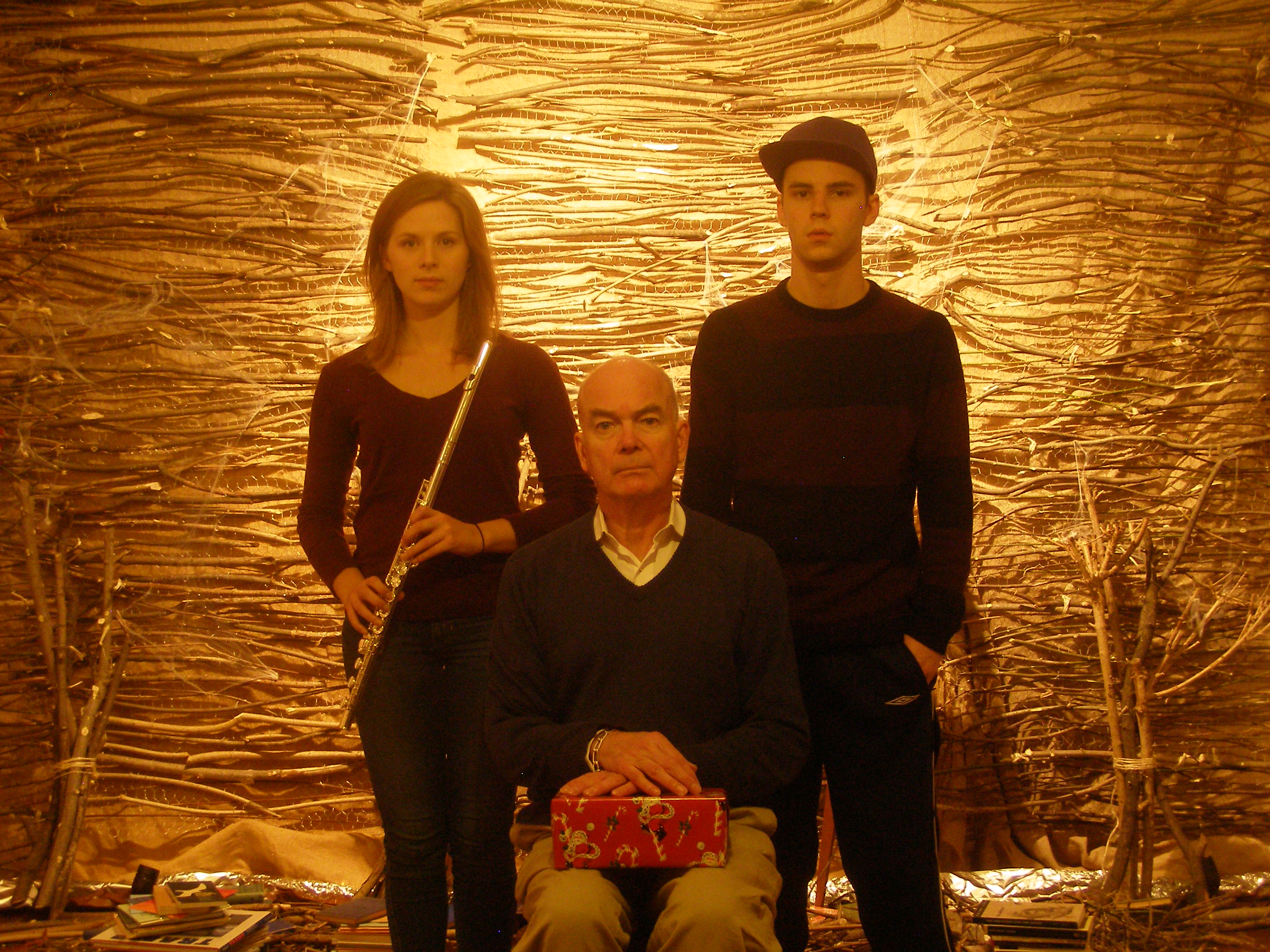 Tucked away within Toronto’s Trinity Bellwoods neighbourhood, 14 Markham Street is an inconspicuous-looking building. This domestic veil, however, belies the existence of hub14 – the hotbed incubator of independent contemporary performance that is cosily nestled inside. The space may feel tight, but imaginations are by no means as confined. Currently showing inside is director and playwright Brandon Crone’s latest production Donors: an ambiguous, unapologetic and at-times shocking portrayal of an older man’s introduction to his recently of-age offspring bourn out of sperm donated 18 years prior.

Donors is presented by Toronto-based independent theatre company safeword, of which Crone is also the artistic director. The mandate of this very young company is both clear and thought provoking. Working within the parameters of original Canadian plays, their objective is to facilitate “a forum of philosophical discussion and critical thought surrounding issues that are relevant to modern society” while embracing “controversy, rawness and realism”. What one would not expect is how dedicated this company is to instigating experience and discussion through (for lack of a better phrase) that which makes us uncomfortable.

The play, then, behaves (or misbehaves) exactly as it should. Gasps, laughs, and indescribable throat noises interchangeably arise from audience members throughout. Crone most definitely has an aptitude for plucking the cords of our involuntary reactions without any shame or hesitation. Just watching his audience, especially within the intimate confines of hub14, is a pleasure in itself. Far from a communal display of emotion, the walls are instead lined with a visual buffet of wincing, grimacing, quivering, frozen, delighted and shocked faces. A hand-in-hand couple in the audience were likely unconscious of their demeanour as the symbol of theatre –the delighted face of comedy fixed right beside the woeful face of tragedy. Both seemed to digest their shared experience in a personal way. Credit for this is due beyond Crone’s tendency for taboo content and can be equally attributable to the quality of his morally ambiguous script and the comedic timing and nuance provided by his competent actors.

It is in this sense that Donors doesn’t end at the curtain call. Decompression, discussion and the comparing of notes are an absolutely necessity. Before I speak about this kind of approach more generally, I’ll address some particulars about the play itself. Firstly, it is impeccably performed. Carried predominately by the young Jakob Ehman and the seasoned Thomas Gough, the acting feels spontaneous and convincing. In praise of Ehman’s laudable effort, it was well into the play (and after a second glance at the brochure) that I realized he was performing as two different characters. For some time, I thought Crone had simply cast two real-life siblings or doppelgangers. Instead, Ehman is able to oscillate between his dual roles –one shy and composed, the other maniacal and insane– with deceptive authenticity. Gough is another finely cast actor. His deep, resonate voice, often heard off-camera on MTV and in documentary narration, encapsulates the comforting yet commanding quality of his character.

Because the hub14 space is essentially just a room, stage direction must have been a difficult issue yet is handled effectively by Crone’s blocking. The positioning of actors can often feel highly contrived, but Crone allows for a naturalism to come through. The experience became less theatrical and more voyeuristic. Not being able to see a full face, for example, only makes the audience wonder and project their thoughts even more. The stage design also gives leeway for the audience’s psychological interpretations. Provided by scenographer Claire Hill, the set is well detailed and appropriately attuned to the script’s contradictory moral structure. At its most boiled-down, the play is about relationships within a family; yet, many allusions are made to animals, in particular, rats. The home of Gough’s character Gray (appropriately named) serves as our setting, taking on the surrealistic appearance of a ramshackle nest with books strewn about the floor and stacked twigs forming the walls. The effect is both eerie and comforting. Instead of being able to quickly pick up the idea ‘this place must be a home’, we are left instead to ask ‘what kind of a home is this?’

Crone does not give answers up so easily. Instead, he opts to push the boundaries of his subject matter rather than define them. This tactic has been well investigated in the art world, where stances on the appropriate level of amicability in the contemporary art experience have been put into question. Curator Nicolas Bourriaud, in his effort to offer a different criterion by which to analyse contemporary art from the 1990s onward, propagated his notion of a ‘relational aesthetics’ that can be loosely defined as the abandonment by artists of the art object in favour of a focus on the subsequent relationships their work fosters amongst its viewers. I choose to mention this here not for Bourriaud’s claim, but rather, the evaluations that it has met, namely, from art historian Claire Bishop. In her savage critique of Bourriaud’s preference for art that unites audiences and instigates notions of togetherness and community (comparable to populist theatre), Bishop articulates a stance on the value of antagonism. For her, it is precisely the welcoming of tension, and not conviviality, that reveals intellectually rigorous and valuable knowledge. Once we focus on the relationships between humans that a work of art can produce, Bishop states that “the next logical question to ask is what types of relations are being produced, for whom, and why?” Confrontational theatre, such as Crone’s, asks audiences these latter, more useful questions. His tactic, then, is a noble one as it seeks to reassess contemporary value systems from the predominant, pre-existing consensus. Herein lies his quest for ‘philosophical discussion’ and ‘critical thought’.

By the play’s end, our ideas about the role of parentage and the responsibility behind procreation (however the means) are most definitely recalibrated and put into question. Without spoiling the twists and turns, I must admit to being tentative about some of Crone’s content. A few of the unexpected themes brought into the play are only slightly touched upon and left relatively un-harnessed to the narrative as a whole. Confusion can be a practical method for confrontation, but without a footing it can start and end there. Nevertheless, Crone’s acknowledgement of the limitations of what is acceptable content in theatre is refreshing and exciting. safeword is a flash of light in darkness and I certainly expect that it will not just be one in the pan.