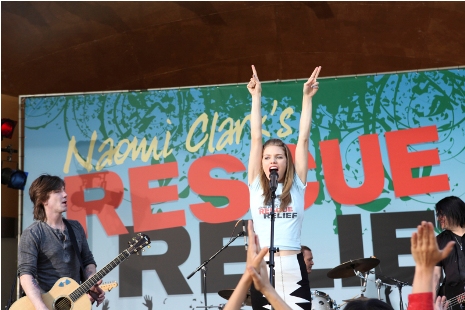 DVD Update: Farewell to the 09’ers

The past year or so has seen the end of a ton of long-running shows I watched faithfully. Starting last January with the end of Chuck, then April’s One Tree Hill sendoff after 9 years of devoted fandom. Then went Canadian favourite Little Mosque on the Prairie, then Weeds, Gossip Girl, 30 Rock, and in two days we’ll be saying goodbye to The Office as well (not to mention the impending endings of The Big C, Dexter and Breaking Bad this summer). Last night, 90210 joined the ranks of the series finale’d.

The first time I tuned in to watch the new 90210 was in my dorm room at Boston University with my friend Lauren. I’d been watching TVtropolis’s reruns of the iconic original series all summer (Brenda+Dylan Forever!) and was all ready to follow a new class into the halls of West Bev. But I hated it. I hated it with the fiery passion of a Gilmore Girls fan tuning in to a teen show to be greeted by a front seat blowjob in the first ten minutes (that was not a metaphor; here I was still longing for the milder days of The WB and this is what The CW serves up as their introduction to queen bee Naomi at age 15!). But a showrunner changeup and nothing to do over winter break led to me catching up on the series, and I’ll admit to not having fallen behind by more than an episode or two since.

90210 never had the brain of Dawson’s Creek, the ambition of One Tree Hill, or the glamorous darkness of Gossip Girl. It wasn’t a genre game-changer the way its predecessor was, nor did it infiltrate youth culture like witty groundbreaker The OC. 90210 was a simple nighttime soap, nothing more. It had one of the prettiest casts around and a ton of fancy guest stars, but there wasn’t much that was original to most of the plotting and the acting was sometimes atrocious. But every once in awhile, they got something right. Whether it was the casual inclusion of a main character to represent the 40% Persian population at the real West Beverly High (which shouldn’t be notable, but on American network TV sadly is), or the clever way they used Silver to tie the new cast to the old one without straining believability or forcing the audience to endure a guest appearance by Ian Ziering. They introduced (however briefly) an overweight character who wasn’t notable just for being overweight and tried very hard to play a complicated coming out story organically (this one mostly suffered at the hand of a bad actor, but the intention was clear). Along the way we were introduced to a surfer chick cool enough to pull off being a surfer chick without being annoying (I miss you, Ivy!).

But whatever love I (and most people, really) have for 90210 really all comes down to one girl- AnnaLynne McCord. This girl had everything going against her early on. She was written as a vengeful and hormonally insane person with absolutely no sense of fun, and fans coming into the show were still trying to get over the memory of her in such winning roles as “evil model who blackmails Daniel” in Ugly Betty and “girl Volchok cheats with” in The OC. But the new writers quickly caught on to the fact that McCord wasn’t a supporting player/villain, she was the series lead. They started writing to her strengths (comedy and masked emotion) and refocused the show around her character of Naomi instead of wet-blanket-from-Kansas Annie. And everything got So Much Better. Even when terrible storylines were taking over, Naomi always got in at least one golden line a week. She was at the forefront of the show’s first successful love story (Naomi-Liam) and at the forefront of its all-time most successful love story (the unlikely love between Naomi and nerd-genius Max- played by adorable West Wing alum Josh Zuckerman- that the show took refreshingly seriously). She played the series’ most memorable dramatic storyline, in which Naomi was raped after crying wolf against a male teacher (a shocking and brilliant take), and held down a substantial character arc over 5 seasons that went beyond all expectations for such a shallow show.

Basically, 90210 was Naomi. And AnnaLynne McCord was why and how Naomi became a character worth watching. Aside from Matt Lanter’s face, she’s the only thing I will sincerely miss about this flawed but somehow captivating show about a wonderful, hilarious, fascinating girl and her annoying friends in the world’s most famous zip code.

DVD Extras:
90210′s Final Season DVD set contains plenty of welcome featurettes (including the adorable retrospective “90210 4Ever” which, despite its stupid title, showcases the cast chemistry and the heart behind the show really well). There’s also a gag reel (always nice when the cast is as charming as this one) and some deleted scenes (a feature I’ve never quite understood because, with a few exceptions, deleted scenes are deleted for a reason). My biggest gripe would be that there’s only one audio commentary (on the series’ 100th episode) and it leans too heavily on the cast (only one writer makes the cut). Charming as they are, I’d rather hear the creators talk about finding enough story to fill 100 episodes than hear even more behind-the-scenes light banter. All in all, a fairly generous set of Extras for the rare fan who is Really into the new 90210.