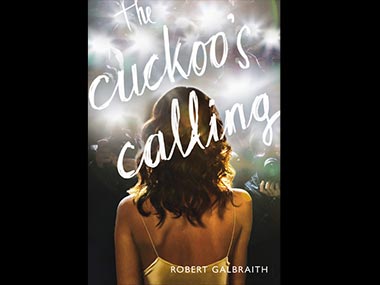 The Cuckoo’s Calling by JK…er…Robert Galbraith

Like most people my age, I grew up devouring and living for the Harry Potter books. Like most people my age, I learned a lot of important valuable life lessons from the Harry Potter books that I still apply to everyday life (beyond “it’s leviOHsa, not levioSA”). So, to say that JK Rowling occupies a special place in my heart would be an understatement. That being said, I have still approached her post-Potter work carefully. While curious and excited to read The Casual Vacancy, I was slightly nervous about potentially being forced to perceive Rowling in any light other than the one that I had already established her in. That being said, my caution was warranted. Not because the writing didn’t live up to her set standard, but rather because it was just a lot darker than I had expected, while no less brilliantly executed.

When I discovered that she had published a detective novel under the pseudonym Robert Galbraith, and the bio of the author closely mirrored the backstory of the protagonist of the novel, I literally punched the air because I had not previously thought it possible that JK could be any more awesome than I already believed her to be. Sometimes, I love being wrong.

The Cuckoo’s Calling takes place in present day London three months after the apparent suicide of world-famous supermodel Lula Landry. Cormoran Strike (such a great detective name, seriously) is the down and financially on his way out detective. An ex-soldier, with a crazy ex-fiancée, we meet him first through the eyes of his temp secretary, the newly engaged Robin. On Robin’s first day, Strike gets his first client in ages – the brother of the deceased Landry, who insists that she was murdered and hysterically pleads with Strike to investigate.

This sends Strike headfirst into a world of multimillionaires – famous and non-famous – fashionistas, musicians and models, where he finds himself admittedly out of his depth, but no less effective in his work. In classic Rowling style, the characters are all believable and well rounded; no matter how small or large the parts they have to play. With Strike chasing down leads and in interviews, Robin gets bored back at the office and decides to take initiative, impressing Strike with her intelligence and ability to look at situations in ways that don’t occur to Strike. Thereby causing his respect for her to deepen, and her trust in him to grow. I don’t want to go so far as to say their working relationship is anything as dazzling as a Holmes-Watson sort of thing, but their quiet chemistry and the way they balance one another out, is no less compelling. You really want them to get along and like each other, and you keep hoping that Robin will somehow manage to extend her “temporary” position as his secretary.

Rowling manages to adjust her writing very well to suit the pseudonym of Galbraith, adopting a much more poetic and brooding descriptive noir style, which suits the text well, without beating you over the head that it’s a detective novel. The tension mounts slowly so that you transition from being completely calm and engaged to frantically and desperately turning the pages scrambling to find out who – if anyone – killed Lula Landry.

The truth of the matter is: that while the chances of me ever having heard of this novel if it had in fact been written by Robert Galbraith are very slim, the chances of my still having have enjoyed it are very high. I was hooked from the first page and had difficulty putting the book down for any reason, no matter how important (for example: burning soup). When in the hands of an author as masterful and talented as Rowling, you can’t help but wonder why anyone, when there are so many incredible books to read in the world, would ever choose something as paltry and insipid as Fifty Shades of Grey.

This Cuckoo gets 4/5 stars from me.