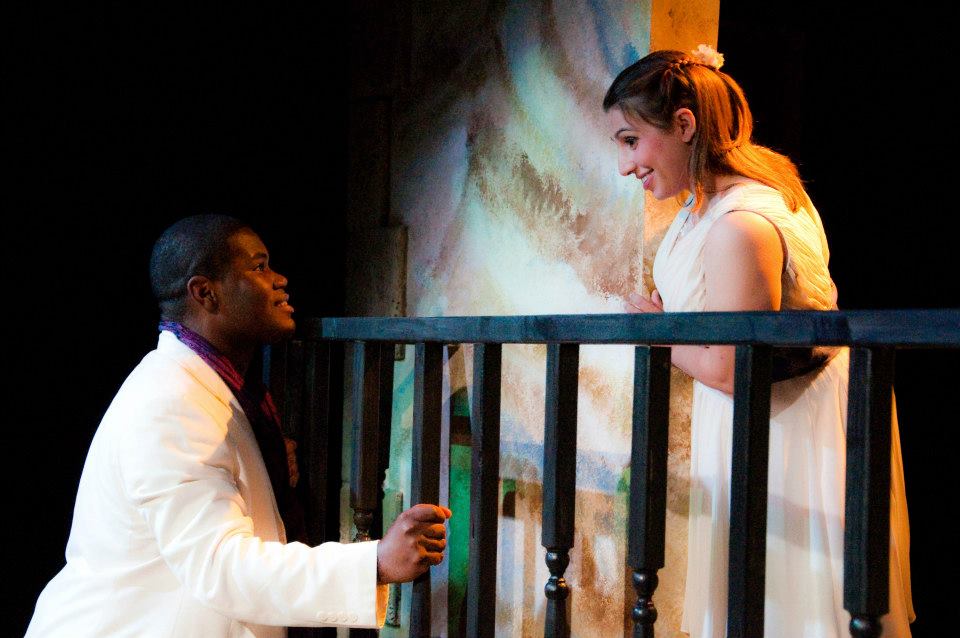 While this was my first Happy Medium show, I have heard good things about them. I was hoping for a moving experience, unfortunately there was something missing in this production. I’ll save you the anticipation: the show was poor. What interests me here is why it was such a deeply flawed production. With the resources available, a great venue at the BCA plaza theater, and the direction of veteran Paula Plum, there is really no reason for the show to have so little heart. It had all the right ingredients in concept.

There are a few shows, such as F.U.D.G.E.’s Joseph and the Amazing Technicolor Dreamcoat that lose points for lack of polish. Things don’t go smoothly, sounds levels weren’t checked well, and edges were frayed. Yet they have so much energy that they make up for it. The same was true of Apollinaire’s Rosencrantz and Guildenstern Are Dead, something about the concept is very wrong and cannot be salvaged, but the production itself is very enjoyable. This show has great polish. The set is a beautiful half-realized Spanish house-front, the costumes are classy and appear well made, and the fight scenes and dance party go smoothly. There is nothing wrong with the concept; no crazy show-breaking decisions have been made by the director, there is no “Hamlet in Space”. However, it seems as though the first idea of how to accomplish each element of the show was applied and nothing was ever re-examined. If Plum made thoughtful decisions that simply didn’t pan out, then this production is a brilliant example of why absolute power is a dangerous tool. I sympathize with Happy Medium- I too would be ecstatic if such a big name signed on to one of my shows- but I fear the difference in experience and clout might have stopped observers from adding some much needed criticism to the work in progress.

The production presents an ill-mixed stew of clichés, awkward moments, bad acting, and– the most dire sin of theater– it was boring.  Some of the actors in smaller parts sound as if they have never done Shakespeare before. I don’t mean you must only cast highly-trained actors, but it seems like Plum is so accustomed to working with highly-trained actors that some of the basics slipped past her. It’s understandable. If you’re thinking on a large scale of tone and theme, it never occurs to you to make sure your actors are not overpowered by the compelling rhythm of the text. The situation actually saddens me (my gut reaction to the show was anger, but I’ve now moved on to sadness – I’m sure acceptance is coming soon); Plum says herself that the fringe scene in Boston is filled with untapped talent. I fear that the audience that typically attends Actor’s Shakespeare Project productions who followed Plum to this show will not return to fringe because of this production.

The show’s opening was weak, a dangerous problem. The first impression is hard to overcome. The big group fight goes along very well, until they actually start fighting. For some perplexing reason the fighting style of choice is a knife held with both hands overhead, waving it about as if it needs winding before you can stab someone. Silliness aside, the execution of this does not improve the choice. The fight is slow and the strikes so wide it’s difficult to tell if the combatants are even aiming at each other. This is consistent throughout the show, with the notable exception of Paris and Romeo’s fight in the tomb. Some of the small characters certainly brighten the stage, and I enjoyed Tybalt’s energy. The Nurse’s Act 2 scene 5 (where she tells Juliet Romeo’s plan for marriage) was one of my favorite moments and Plum embraces the comedy of the show, bringing it farther into the dramatic turn than most directors. I agree with Plum wholeheartedly that laughter enhances the bitterness of the play (I don’t want the show to have a funny half and a sad half).

The most enjoyable performance by far is Johnnie L. McQuarley’s Romeo. His comedy leads the way in a production that executes funny much better than it does tragedy. He is unrestrained on stage, and takes many of the lines in a wry direction that gives the character some much needed depth. His performance can unfortunately only go so far, though, since the majority of the company has shallow presentations, and I could not see the chemistry between McQuarley and his leading lady. There are many uncomfortably blocked moments and obviously contrived staging, the unsupported speech gets detrimentally out of hand in the more bombastic characters, and the high language falls melodramatically from others.

I was surprised when the unmissable fact that the only black actors were Romeo and his mother Lady Montague– which creates a racially charged atmosphere between the two families– went largely unused. The pros and cons of bringing race into this play are something I would not begin to talk about without a thick research paper on the subject under my belt, and I’m deeply afraid of saying something uninformed (hey, maybe that’s what happened to Paula Plum). I applaud her for not casting stereotypically, but many of the potentially poignant elements are lost in the mishandling of the show.

So I am left with the sadness of wasted potential. The desired bridge between the large and small theater communities was not accomplished here. When she returns to the more seasoned crew of ASP to direct Macbeth in the fall, I’m certain Plum will do much better – in a setting where the little details and the grunt work of developing an actor are already taken care of, or self regulated. Unfortunately the community that could have used the experience and hype that she brings takes a blow.