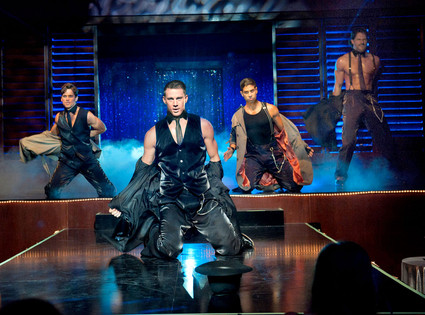 As the old saying goes, April showers bring may flowers. But what do May Flowers bring?

Looking at the June release schedule, there are remakes/sequels that feel unnecessary, one crazy-ass mashup of history and vampires, and the winner of Best Animated Film for next year’s Oscars. Let’s dive in, Shall We?

Author’s Note:  For June, we’ll be taking a chronological approach to movies, going through each week and the cinematic gifts we can be expecting.

Two major releases unfold this weekend. The first is Snow White and The Huntsman, the third of this year’s trifecta of Snow White re-imaginings (the first being Mirror, Mirror and the second being Once Upon a Time), this one promises to be the darkest timeline of Snow White offerings. Kristen Stewart may play the titular lead, but it’s Charlize Theron’s steely badassery and the promise of Chris Hemsworth battling the forces of darkness that have me excited to risk another Snow White adaptation.

The second major release is Piranha 3DD. I didn’t see the first Piranhas, but I do imagine that there is ample story left to be told in the tale of killer fish biting unsuspecting tourists. Plus, I seemingly have an unquenchable need to pay close to $20 a ticket to see the third dimension.

In limited release, this week also sees the release of the Civil War chronicle For Greater Glory which, if nothing else, promises Andy Garcia in a cowboy hat.

And now you can tell it’s really summer, because there’s a sequel to a cartoon that made boatloads of money. Madagascar 3 graces our screens this week. True story: I once fell asleep in the middle of a public showing of Madagascar, while I was supposed to be babysitting, only to have the kids I was babysitting wake me up by throwing things at me. That being said, I crack up every time I see the commercial and the Chris Rock/zebra sings the song that goes “Dadadad/afro/circus/circus/afro/polkadot/polkadot/afro/circus.” Maybe it’s only funny in context.

The really exciting offering this weekend, or at least the one that has my geeky heart all a flutter, is Prometheus, the kind-of-but-not-really Alien prequel being put out by Ridley Scott. Every trailer I’ve seen so far has made my heart go pitter-patter, and not just because of the brief glimpse of Michael Fassbender and the presence of aforementioned super badass Charlize Theron.

In smaller movie news, this weekend also marks the debut of Safety Not Guaranteed, a nerdy-looking time travel comedy starring Mark Duplass (of The League and being-Mark-Duplass fame) and Aubrey Plaza (April from Parks and Recreation). The trailer makes it look sweet and weird and surprisingly high concept.

I really like Andy Samberg. For years, I’ve obsessed over his Digital Shorts on SNL. I watched my first ever episode of Parks and Recreation because he guest starred. I’m even one of the five people who unabashedly love Hot Rod. But I just can’t get behind That’s My Boy, primarily because later-season Adam Sandler has just continually let me down. Still, I hope I’m wrong, because both Samberg and Leighton Meester (who appears as Samberg’s wife-to-be) deserve better.

In more promising news, the Broadway musical adaptation Rock of Ages also comes out this weekend. The trailer looks like good, music-y, tongue in cheek fun with a wonderful-looking Tom Cruise role, as well as Alec Baldwin being his Baldwin-y best.

This weekend features the first real tough decision for the budget conscious among us: which sure-to-be-talked-about movie to see? In one corner, we have the buzz-y titled Abraham Lincoln Vampire Hunter. The trailer has elicited both excited yelps and giggles from every audience I’ve seen it with thus far.  Movies with ridiculous titles have checkered track records (last summer’s Cowboys and Aliens was probably one of the most disappointing movies-with-cool-titles examples), but I’m hoping for a happy turnout, if only because it could lead to more ‘historical figures battle supernatural creatures’ movies, and I’m dying for FDR: Zombie Slayer.

And in the other corner we have Brave, the newest Pixar film and the first to feature a lady protagonist. Not only that, but it also has adorable Scottish accents and archery (the sport of choice for bad ass ladies). If you’re not already sold, there’s nothing I can do to convince you, but here’s the best evidence for why you should sit down for a Pixar offering: Wall E, Up, Ratatouille, Toy Story, Toy Story 2, Finding Nemo, Toy Story 3, and Monsters, Inc.

And this week, at your local multiplex, you can watch Channing Tatum battle himself, as two of his movies are released simultaneously. The first of these, GI JOE: Retaliation, is a remake of a movie that was already pretty unnecessary to begin with. That being said, the movie does have The Rock, whose presence in any movie automatically causes it to grow muscle-y superman arms of awesomeness.*

The second Channing sighting comes courtesy of Magic Mike, which is about stripping and is directed by Steven I-Have-Multiple-Oscar-Nods-But-Make-Some-Of-The-Strangest-Movie-Choices-Ever Soderbergh (see also: The Girlfriend Experience and Che, Parts 1 and 2). This movie looks legitimately cool, despite that snark, and draws on some of Tatum’s real life experience in the world of men taking off their clothes for money. On top of Tatum’s considerable abdominal excellence, this movie also features the world’s most favorite shirt-remover, Matthew McConaughey, as a mentor stripper. This movie is going to be amazing.

*Editor’s Note: The release date for GI JOE: Retaliation has just been pushed to 2013. Oh well, we figure there’s only about 2 minutes of Tatum anyway (he totally dies, then they Retaliate! That’s our best guess). I guess you’ll just have to see Magic Mike instead!