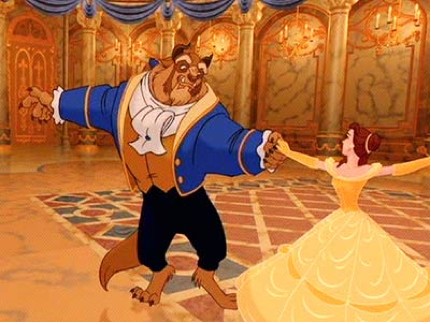 In a lot of ways, the new Disney policy of re-releasing classic films (like The Lion King and Beauty and the Beast) in 3D can be seen as a cynical cash grab. After all, it essentially tricks people into paying $16.00 a pop to see a movie they probably already own on VHS, DVD and Blu-Ray. It costs next to nothing to make, and will inevitably make a whole bundle back.

And I wanted to be that cynical, I swear I did, but seeing Disney classic Beauty on the Beast beautifully re-rendered into the third dimension and projected onto the big screen was truly moving. The extra dimension really shows off the depth with which Disney produced this film, and the backgrounds of each scene are alive with motion and strange little subplots. Far from being a needless distraction, the third dimension adds a whole new life to the film.

On top of that, the theatrical release includes an absolutely adorable, old-school screwball comedy beginning starring Max and Pascal (the horse and chameleon from Tangled). This short is a great argument for the re-release, simply because it is so much fun. With the energy and absurd sense of humor perfected by Looney Tunes cartoons, but with the gorgeously rendered landscapes of modern CG 3D animation, Tangled Ever After is a classic up there with the best Pixar shorts of the past thirty years.

In short, in a movie season characterized mostly by people trying desperately to catch up to last year’s box office, the answer may just be in turning what could be a cynical move into an incredibly endearing exploration of why new movie technology can be so cool.