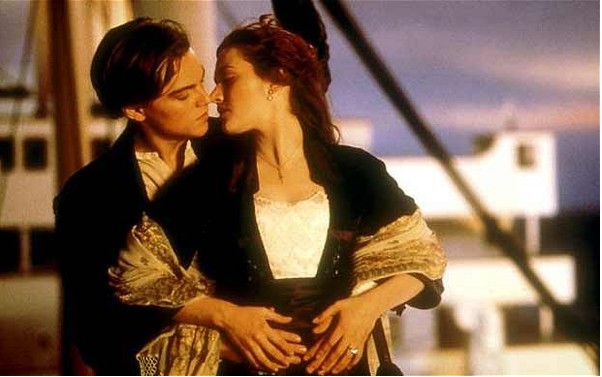 I had an important revelation this past weekend: 11 year old me was kind of an asshole.

I had this revelation while watching the super duper awesome and totally worth the $17.50 I paid for it 3D version of Titanic. For years (14 to be exact), I have maintained that James Cameron’s opus to ridiculous ambition was a vastly overrated, teen-girl-obsessing mess, who earned its place in the exalted history of cinema not by artistic merit but by the fact that normally reasonable people couldn’t be heard over the din of pre-pubescent screaming.

This hipper-than-thou attitude started the first time I saw Titanic in theaters. It was about four weeks into its original run, and I was seeing it with my super cool film-school cousin. This was long before I would admit that Justin Timberlake had any musical talent, and just following a tough three year stretch that caused me to constantly need to point out why Hanson and The Spice Girls were inferior to Green Day and Blink 182 (I also loved Ace of Base, but even at 11 I knew I wasn’t supposed to tell people that).  So in a ridiculously packed theater, I sat for three and a half hours and patiently REFUSED to find what I saw on screen compelling. I think I even cheered when Leo died. If you had asked me, I would have told you that I respected Cameron’s vision and special effects mastery, but the love story was boring (yes, I talked like that at 11. Explains a lot about my recent articles, doesn’t it?).

Then, for the next four years, I had to endure COUNTLESS slumber parties where inevitably one girl, whose damn parents spent WAY TOO MUCH on piano lessons, would jump up and play “My Heart Will Go On” on an out of tune Casio keyboard.  Even if I had fallen for the dreamy way that Leo’s hair fell across his face all movie, this would have killed any love I had for the movie. There’s just no way NOT to hate something that has forced you to listen to five tone deaf tween girls screaming out Celine Dion lyrics. Add to that the constant parodying, replaying, and ridiculousness that I associated with Titanic, and my little hipster heart couldn’t handle it.

But something fascinating has happened to me: I’m more of an 11 year old girl at age 25 than I was at 11. So when I sat down on Friday in another overly-packed cinema to watch another over-long opus to ambition and love, I swooned. I didn’t just appreciate James Cameron’s technical mastery (although, Oh. My. God. This movie is gorgeously shot and ridiculously cool looking). And I didn’t just enjoy the performances of young Leonardo DiCaprio and Kate Winslet, now with the benefit of years and Oscar nominations to help legitimize them.

Nope. I full-heartedly, teen-girl swooned over the scope and beauty of Jack and Rose, fighting for survival against all odds. When Rose jumped off the life boat in order to stay with Jack, I really, really wanted to mutter cynically that she was an idiot. I wanted to think, “And now you just doomed you both, you child.” But you know what? At that point, I just wanted Rose back with Jack. Plus it really pissed off Billy Zane, which is always a plus.

There are still truly ridiculous parts to Titanic. No movie should be that long. I find the parts with old Rose ridiculous and not compelling (and her throwing the diamond back into the ocean at the end of the movie just seems like a douche move). And “My Heart Will Go On” still makes me want to sneak to the kitchen and surreptitiously call my Dad to come pick me up from the sleepover. But you know what? I take back years of whining over the Oscars handing out 11 awards to this film, and I definitely take back all the times I scoffed at friends who wanted to watch it. Removed from the pressures of actually being a too-cool-for-my-age 11 year old, and planted squarely within the range of being a not-even-a-little-bit-cool 25 year old, Titanic 3D may be one of my favorite cinematic experiences in ages.