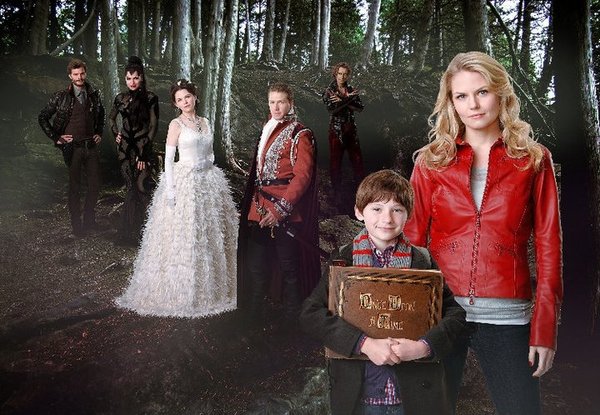 Pilot Watch: Once Upon a Time

Of the many promising new shows premiering in this well-above-average fall season, ABC’s Once Upon a Time was one of the ones I was looking forward to the most. The fairy tale twist stars Ginnifer Goodwin, one of my favourite actresses whom I’m shocked is returning to TV so soon after the finale of the brilliant Big Love, and the show comes from proven genre scribes Edward Kitsis and Adam Horowitz (not to mention co-producer/Whedonverse goddess Jane Espenson). And while it proved an entertaining hour, the exposition-heavy and somewhat confusing episode was somewhat of a disappointment.

Goodwin’s role as Snow White is, as of yet, fairly one-note and pretty undeserving of the endearing actress (as My Theatre writer Brian Balduzzi put it, “her best moment was with the damn bird”). They’ve landed Prince Charming in a coma, which I find pretty annoying and Jennifer Morrison’s saviour character of modern girl Emma Swan is more of an attempted “complex loner” than an actual character so far. The best of the lot is probably Lana Parilla’s evil queen, her modern incarnation as an overbearing adoptive mother has some promise if they allow her some real moral ambiguity instead of just straight villainy.

I did like Geppetto an awful lot and the little we got to see of Little Red was promisingly fun, but this show is going to have to step up its mythology and pacing if the characters are going to have any chance of fleshing out within this unsure world. Here’s hoping.

PS: is there any way the scruffy/handsome town sheriff isn’t the big bad wolf? I would very much like to not be able to predict this show as it goes- tell me I’m wrong.