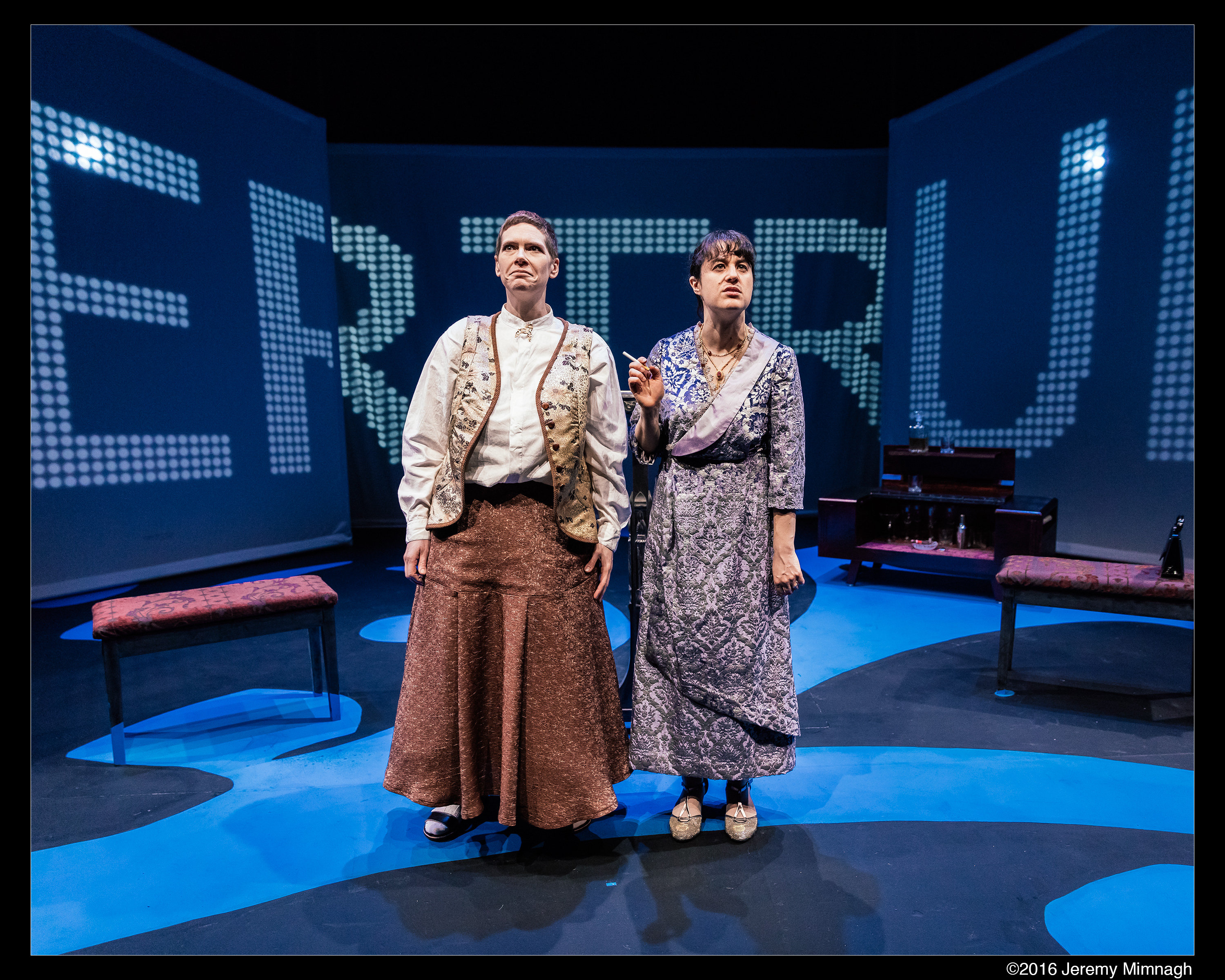 Conceived and created by The Independent Aunties, Gertrude and Alice is currently onstage at Buddies in Bad Times Theatre. Written and performed by Anna Chatterton (as Alice B. Toklas) and Evalyn Parry (as Gertrude Stein), in collaboration with dramaturg and director Karin Randoja, the script also incorporates texts written by Stein and Toklas themselves.

The play opens with Gertrude and Alice, who enter wearing overcoats and hats that they proceed to hang up, looking very serious. Stein proceeds to the lecture stand, where she smiles widely and greets her present day audience, while Alice sits on a settee, looking on. Dismayed to realize that the audience has not read her entire opus, Stein dives into the narrative of her life as an artist. Going into the show, I was worried that I perhaps should have brushed up on the details of their lives, but I was relieved to realize that the show is an imagining of how two ladies might recount their story. The experience is like being in a live-action museum of their lives.

It is almost entirely one story of the couple engaging in the joint project of supporting Stein’s literary career. There are moments where the story admittedly diverges (they have very different opinions about Hemingway, for example), and these moments add to the humour and lend insight into the areas of conflict between them. Yet this is also very much a story of how the two struggle to support and love each other throughout a literary career and a world war in which being lesbians is much less controversial than being two Jewish women in France.

The design of the play is rich and textured. The backdrop consists of white screens onto which various backgrounds are projected: wallpaper, Gertrude and Alice’s renowned art collection, and photos of the couple, to name a few. Their clothing is thickly textured and brightly coloured, framing them as two monarchal figures. The set is detailed but not overdone, and just enough to suggest the densely decorated apartment of which Alice B. Toklas is so proud.

Chatterton does an excellent job of playing the supportive and sometimes jealous Alice B. Toklas, and Parry’s portrait of the childishly enthusiastic and often self-involved but affectionate Gertrude Stein is incredibly compelling. More than this, the two actors have what seems to be an effortless stage chemistry, painting a picture of a complicated but devoted couple that had tears streaming down my face by the end of the play.