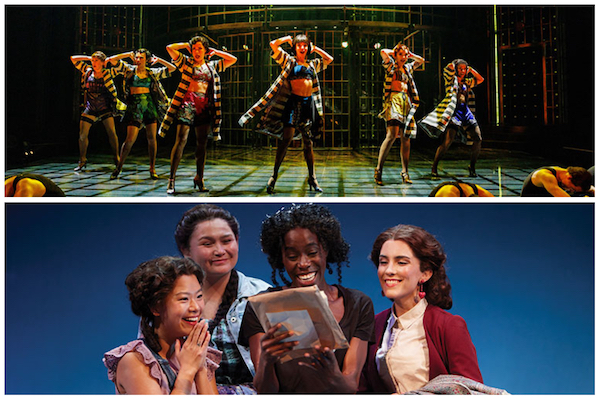 Stratford’s big flagship production this year is Chicago, promising programming for its darkness and modernity compared to the festival’s usual musical fare. With two leading female characters and a few great supporting ones, the musical also presented a great opportunity for the festival to highlight some overlooked talent and maybe even recruit some new stars. Finally, the company’s go-to musical director Donna Feore is a choreographer first and foremost so Chicago’s Fosse connection should be well served.

But the reality of Chicago fails to live up to its promise. Rather than find the great new talent I was hoping for, the company cast regulars everywhere they could, even going so far as to shoehorn Robert Markus into the role of Mary Sunshine only to gloatingly reveal his true identity in act two under the misguided guise of making some sort of statement about identity. Though Billy Flynn is a solid showcase for Dan Chameroy’s slick charm, fellow mainstay Jennifer Rider-Shaw is woefully miscast and out of her vocal depth as Velma. And while there are performers in every corner of the country more than capable of playing Chicago’s relatively simple roles, somehow the newcomers Stratford has recruited are the worst of the cast. Sandra Caldwell stumbles through the swaggery role of Mama Morton with weak vocals and barely memorized lines while Chelsea Preston plays every single one of Roxie’s lines out to the audience, obliterating any inner life beyond Roxie’s crime of the century performance.

Of course we can always rely on Steve Ross, here perfectly cast as overlooked husband Amos. His enthralling “Mister Cellophane” gives the production its one and only truly memorable moment. The rest falls tragically short as two harsh realities about Chicago as a musical unto itself become unhelpfully clear. 1) It’s less of a dance musical than you remember and even with Feore at the helm the company’s reliable chorus doesn’t have a ton to do. And 2) It’s just plain better as a movie. The musical’s structure relies on smooth transitions in and out of fantasy, something that’s incredibly difficult to pull off onstage. The 2002 film version is one of the greatest stage-to-screen adaptations of all time in large part because Chicago always felt like it was meant to be a movie. I’ve never seen it executed particularly well onstage. That’s not to say that it can’t be, but, despite being set up for success, Stratford certainly hasn’t managed it.

The other adaptation this season that suffers, though less so, from movie comparison is Little Women. Playwright Jordi Mand’s version of the classic story frames the material with a specifically kid-friendly bent, a move that smartly differentiates the play from the recent film in both tone and focus but it also means simplification which, as an adult audience member, is rarely appreciated. The play is presented as a story being acted out by modern women playing dress up. It’s a fun concept and the energetic cast brings a great sense of fun to the piece but Louisa May Alcott’s characters are richer than this broad interpretation suggests and it’s hard not to think about the potential left on the table.