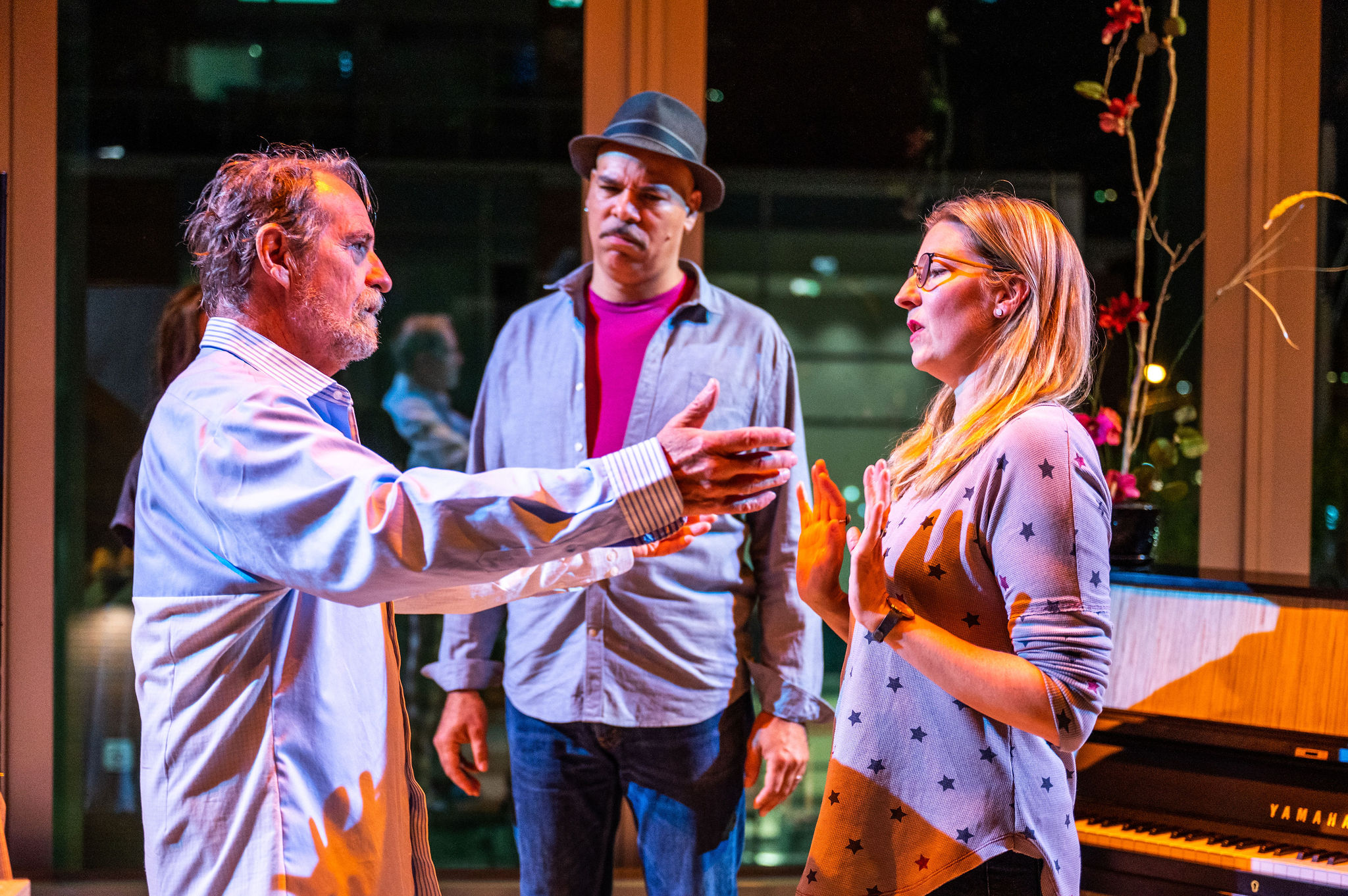 Workman Arts’ Rendezvous with Madness is one of the first festivals back on its feet since the Covid-19 lockdowns. After two years of fear and solitude, the mental health-focused event is an apropos re-beginning as many audience members slowly re-engage with the arts scene outside of their televisions.

RWM this year is serving as a bridge between the all-online approach of the past two seasons and the hopefully fully live future. Their fine art exhibit is all virtual this year and their film series is a mix of virtual screenings with pre-recorded panels with in-person events including films with live talkbacks and receptions.

The one theatre piece in the lineup is the most live element of this semi-live festival. Presented in a rare new space (CAMH Auditorium) at a time when live performance venues are disappearing by the day, True brings together a 50% capacity live (masked, vaccinated) audience indoors with a 5-person cast (the performance is followed by a Q&A where they are joined by writer/director Rosa Laborde).

True begins strongly with Beau Dixon noodling pleasantly on the piano and it’s very quickly clear that his warm, quirky character will be the heart of the piece despite being its most subplotty element. The core of the play is loosely based on King Lear, in its more contemporarily accepted interpretation as a story of three daughters coping in three different ways with their ailing father’s legacy of harm. The daughters here are played by the extremely reliable trio of Maev Beaty, Shannon Taylor and Ingrid Rae Doucet though the toughest task falls to Layne Coleman as their father who strangely fails to shift his performance style when transitioning between a dementia-afflicted present and an alcoholic past. This main plot falls a little flat and, far from helped by the eye-roller of a closing line, sometimes even veers into trite territory. Far more interesting is the backburner sizzle of the strained marriage between Dixon and Beaty’s characters as little resentments and complicated personal histories threaten to overwhelm their concerted efforts at happiness beyond their backstories. I’m pretty tired of bad dad tropes and didn’t find much new in Laborde’s take but buried in her subplot is something interesting about generational trauma and what we carry with us no matter how hard we try not to.