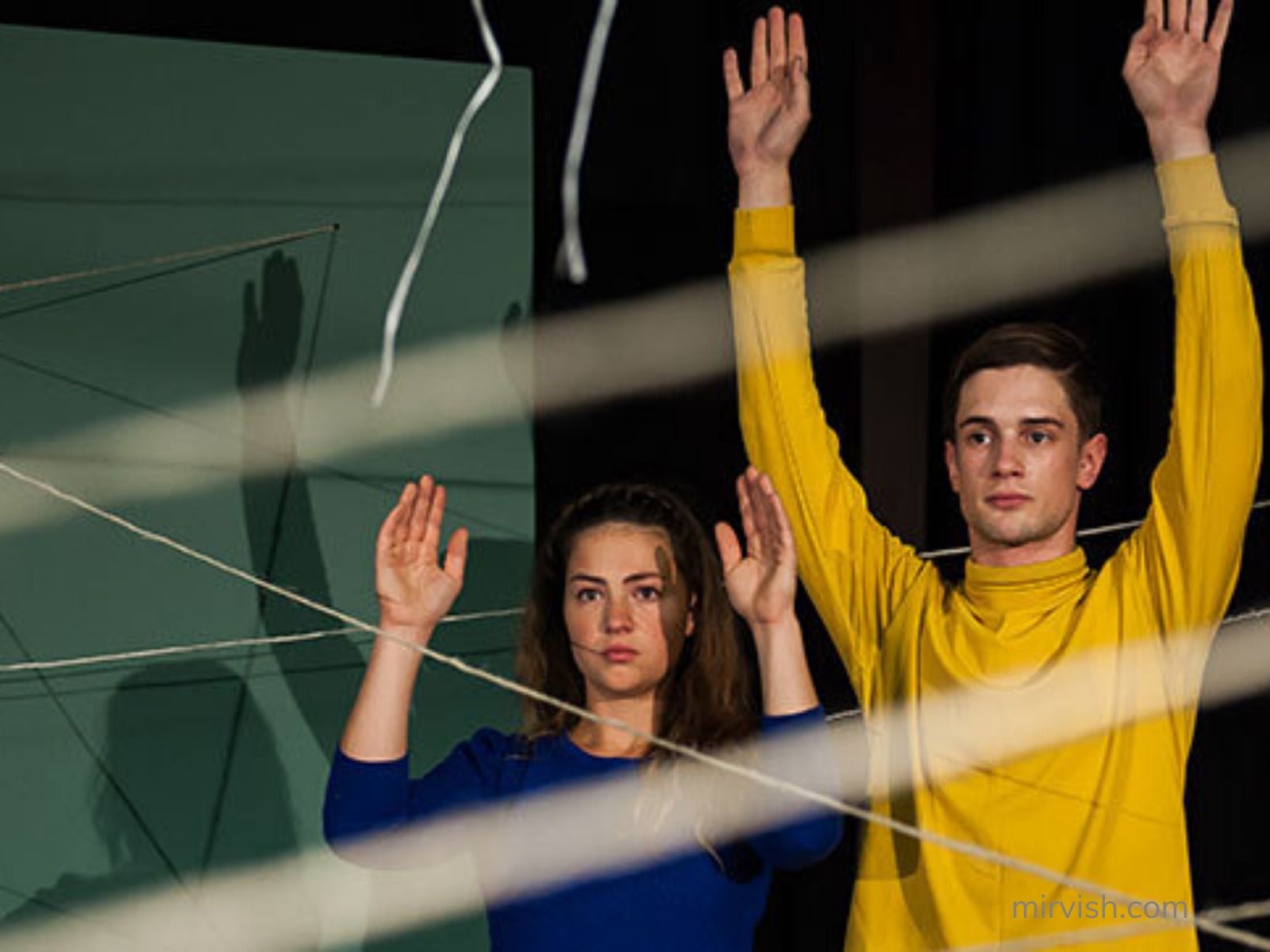 For those who enjoy booking a play without knowing anything about it, Us/Them may provide a shock. It did for an elementary school teacher in attendance. The subject matter was very close to home: Us/Them tells the story of the 2004 school siege in Beslan, Russia, when hundreds of children, mothers and grandmothers were killed.

But this is neither a tragic drama nor political commentary. That’s because it’s not designed for adults, but for children. Written in Brussels in 2014, the playwright Carly Wijs came up with the idea after her then-eight-year-old son told her about 2013’s Nairobi shopping mall terrorist attack. She was struck by his matter of fact, objective description of the events.

In this hour-long production, two actors play children and explain the siege from that innocent, unbridled point of view. Despite the tragic circumstances, the children excitedly and energetically run around the stage, rushing to tell the audience everything they know about what happened. Written to help explain terrorist events to children, it’s often light-hearted – even funny.

The young actors, Gytha Parmentier and Roman Van Houtven, give incredible performances. They are entirely believable as children, and their chemistry on stage as two young friends is a joy to watch. The pair also exhibit impressive stamina as they sprint and leap around the stage, like they are playing in a playground.

Stef Stessel’s production design is another highlight. The story is told with the help of a chalkboard backdrop and floor to map out the siege, balloons to represent the bombs, and ropes dragged around the stage for the tripwire. The ropes dominate the stage when the children and adults are held hostage in the school gymnasium, constricting space and adding to the growing tension and discomfort.

The most moving moments are those which are just dropped into the story in a matter-of-fact, child-like manner. For example, the children give a maths lesson – where they would be if it weren’t for the siege – using the chalkboard to explain the terrorist situation. The overall number of hostages they describe in the gym slowly goes down as more are killed, but without comment or reaction.

The end of the story is oddly less hard-hitting. Portraying the siege’s tragic ending must be very difficult when writing for children, but the play does lose some focus. And aiming criticism at the media’s portrayal of events – how it adds a narrative of tragedy – seems like the less important aspect to emphasize, compared to the politics of Us/Them and how innocent people are caught in the middle.

That being said, this is a bold and original piece of theatre which is well worth seeing. Though the play wasn’t designed for adults, people left the theatre asking many more questions about how we perceive terrorist events, as well as pondering how to talk about them with children. That is no easy thing to achieve.