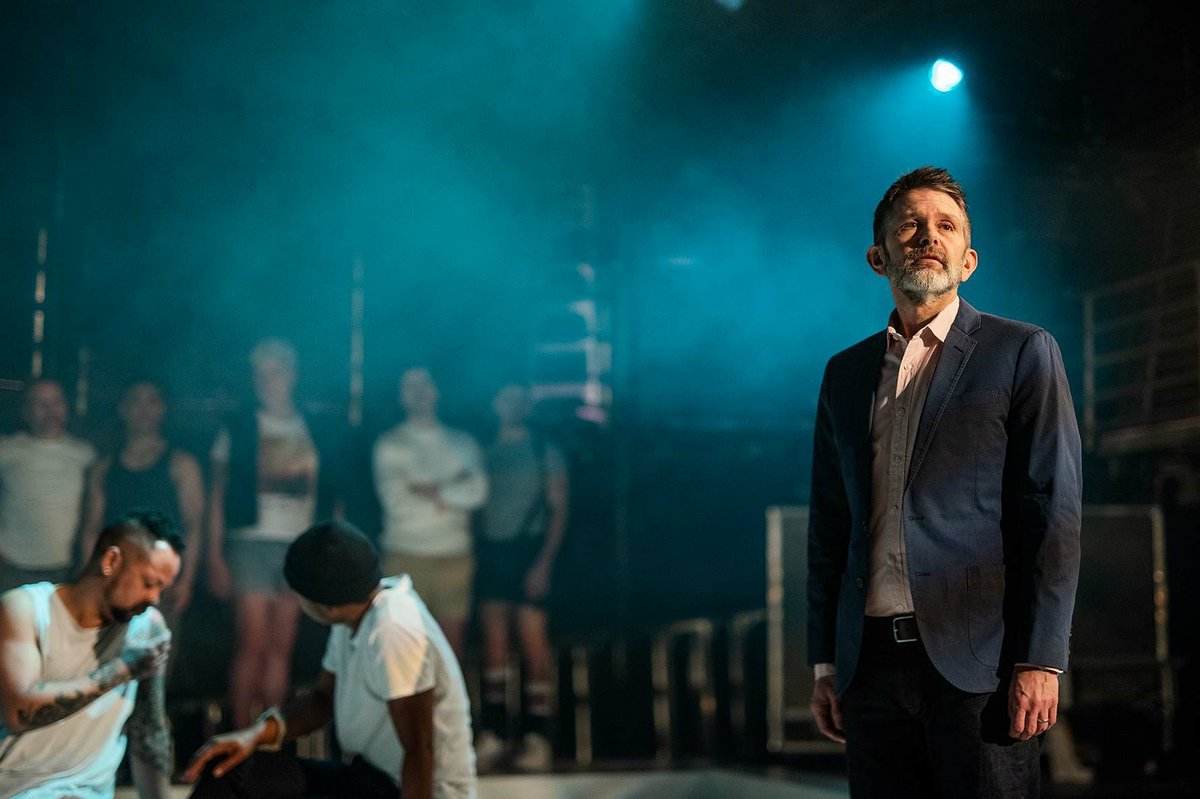 Inside Box 4901 are some very different missed connections. Novelist Brian Francis makes his debut as a playwright and performer with a look back at a time when it was much harder to be himself. In 1992, as a young student with one foot still in the closet living in a straight house in a straight world, Francis placed a personal ad in the paper. His unremarkable encounters with a few respondents showed no connection that might be missed. More interesting are the letters that lay untouched for over twenty-five years. One by one, Francis answers them and ponders how their authors’ lives and his own have changed since then.

Thirteen performers – all queer themselves – representing the letter writers line the stage listing figures in their lives who had no idea they were gay (parents, roommates, partners, bosses, landlords…). These men face a despairing choice: hide who they are from the world or come out when any of those people knowing could pose a serious risk. Those bold enough to look for love – or just understanding – have to turn to the corners of the back pages in a time without the instant introductions of apps and social media. Francis describes his usual writing process as “solitary”, a perfect word to sum up this central aspect of his life at what should be its most open and free.

Writing for the stage is a new challenge for Francis who is writing for himself in every sense. Performing as yourself is at once easier – Brian Francis is the best Brian Francis I’ve ever seen – and harder – the stakes feel higher. He rises to the occasion, saying his piece with the measured distance of thirty years but also a humour and tenderness that lets his 21-year-old self breathe. The staging reflects his separation from the thirteen who occupy a square pen – each retreating to the back after reciting their letter – as he stands to the side behind a lectern. While Francis in his smart blue suit could pass for any Bay Street businessman, the thirteen are a diverse group by every metric decked out in a varied wardrobe. The self-descriptions of these anonymous, lonely men are even more broad – the performers have to embody the entire spectrum from lecherous old men to eager high-schoolers. It’s a good reminder that there’s no singular body type or lived experience that every gay man conforms to and that anyone can be anyone behind the comforting disguise of a pen.

The danger in the play’s premise is that the audience misses their connection – with the letter writers appearing for just a short time and in a narrow context, they could easily end up as just shallow plot devices. Instead, this ensemble makes the most of their roles and sets up Francis well.

Box 4901 is a stellar work that feels deeply personal while dealing with topics that are sure to resonate with a queer audience. We can only hope Bryan Francis enjoyed theatre writing enough to come back soon.