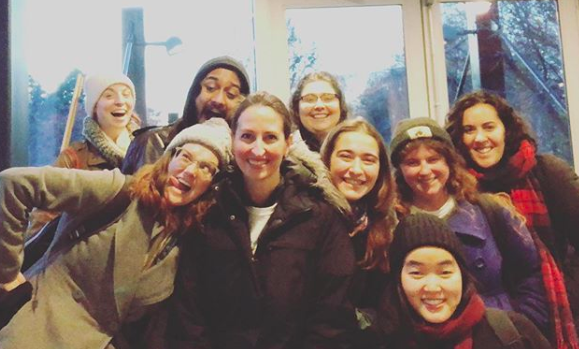 Discussions around making theatre relevant – or ‘accessible’ in the broader sense – take on a new direction with Shakespeare, where directors – and, here, writers – have to embrace the challenge of telling new stories, or old stories differently, while constrained by the bard’s language. This is fine for his own canon, where the plot is familiar enough that you can piece things together and there is enough material (often crammed into your hands by a teacher) to explain it to the uninitiated. For a work like this, zigging and zagging between references while also putting on its own show, it can make it much harder to follow. The parts that most resonated with me were the original segments where the message was most clear and direct.

That said, the audience at Toronto Rehab were engaged despite the challenges of the text or their own situations, asking thoughtful questions that were deftly handled by Kate McArthur with input from the other performers. Mostly, they seemed surprised and relieved that someone wanted to engage with them – validating the company’s crucial mission of finding new audiences for stories, regardless of what language they are in.