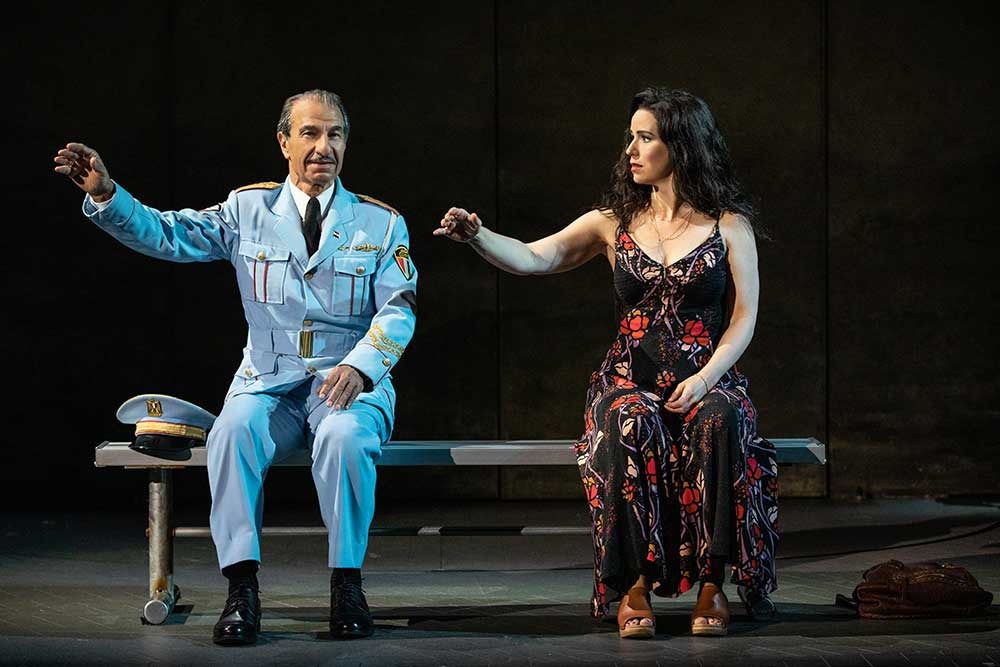 The Band’s Visit on Tour

David Yazbek & Itamar Moses’ slinky musical adaptation of the 2007 Israeli film The Band’s Visit is one of those artistic oddities that wins incredible acclaim and most people still have never heard of it. Its 2017 Broadway premiere earned 10 Tony Awards, including all the big ones, including Best Musical, but it hasn’t captured the imagination of either the broad public or the intense musical theatre crowd beyond polite admiration.

Though, at least in part, that feels almost purposeful. The construction of the piece doesn’t invite strong reaction so much as subtle emotional infiltration. The songs are beautiful but they don’t stick in your head or make you want to learn all the lyrics. The story has an almost Before Sunrise-esque quality of quiet observation and very little action. All of this makes The Band’s Visit feel like a 100-minute detour into another life, something you experience remarkably in the moment then leave behind. Part of me wants to criticize that, to say that heightening the tension would heighten the lasting impact (it’s almost incredible how low the tension is throughout the piece considering the racial and religious realities of the time and place) but another part of me kind of loves the low-key beauty of the simple human stories at play over one night between strangers.

The current touring cast is excellent, led by hometown girl turned Broadway star Chilina Kennedy as the brashly sexy Israeli cafe owner who takes in a visiting Egyptian musical group when they accidentally end up in the wrong town. The magic being in the little things reality of The Band Visit is maybe best emphasized by my favourite performance coming from Mike Cefalo in a role literally just called “Telephone Guy”.

The Band’s Visit’s isn’t likely to become a top-played hit on Spotify’s Broadway playlists, nor is it going to make countless appearances at piano bars and auditions and concerts in the manner of shinier musicals with more breakaway hits. But it’s a haunting little piece of musical storytelling that’s maybe not worth 10 Tonys but is definitely worth 100 minutes.