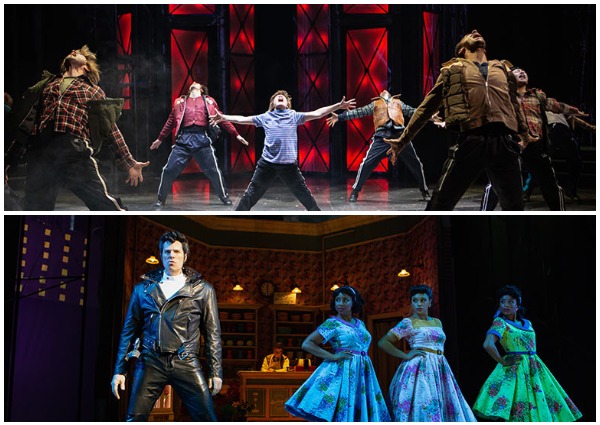 I remain firm in my assertion that Canada’s major artistic directors need to hire musical theatre consultants to help them pick what to produce because their knowledge base and taste level just seem off when it comes to the singing and dancing portions of their programming (just one coffee with Mitchell Marcus per year and I honestly think they’d be set). That said, Stratford’s Antoni Cimolino has at least taken a couple steps in the right direction this season. The steps are unsteady and the results are mixed but, hey, forward momentum!

Right off the top, it’s with a massive sigh of relief that I mention that Billy Elliot the Musical was written in 2005 (based on a 2000 screenplay based around true events from 1985). By my count, this is the first musical written after 1980 to ever get a mainstage Stratford production (Morris Panych’s Wanderlust was in the smaller Tom Patterson theatre in 2012). I also appreciate that it’s a serious musical, an acknowledgement that the musical programming slot doesn’t have to be pure escapism, it can carry a story with just as much emotional complexity and thematic weight as the straight dramas. I badly (badly badly badly) wish the adaptation was stronger and the music more memorable (or memorable at all) but we’re on the right track at least. It’s not a good musical, but it’s the right kind of musical for Stratford to be looking at.

Little Shop of Horrors was also written after 1980 (1982, just under the wire). It’s not a particularly serious musical (I mean, it’s a broad satire about a killer plant) but it’s a very good musical that has something to say about the world and is, in theory, perfect counter-programming to a serious book-heavy musical. A fairly easy show that can be done with a cast much smaller than Stratford’s current one, Little Shop is a favourite of high schools and young companies, resulting in my having seen it about 26 times. But, even in its 27th iteration, the balance of silly nonsense and brutal cultural criticism makes Little Shop worthwhile and, like so many millennials, Alan Menken wrote the soundtrack to my heart so I could listen to “Suddenly Seymour” forever.

Interestingly, the relative success of the two productions is in direct contrast to the strength of the pieces as-written. Billy Elliot is a pretty mediocre piece but Donna Feore’s production is excellent with decent kid casting (Emerson Gamble is especially dynamic as Michael) and a lovely interpretation of the key act two dance number that is the heart of the show. Blythe Wilson steals the show as the one particularly well-written character, dance teacher Mrs. Wilkinson, though Dan Chameroy gives her a run for her money in a quietly impactful scene where, as Billy’s father, he softly sings an old miner’s tune.

Perhaps that moment was so impactful for me because it’s so rare we get to see Chameroy in that mode anymore- quiet, strapping, showcasing his beautiful voice and proving the dramatic chops that are in there somewhere. In Little Shop he’s back to the wackiness that has characterized his casting for 90% of his recent resume. Though his total willingness to look silly is an appealing trait, I couldn’t be more tired of Chameroy in comedy roles, dressed up (often in heels, they make an appearance again here), strutting around and putting on silly voices. His take on Little Shop’s legendary dentist is a hapless Elvis impersonator who can’t keep time; it’s neither funny nor scary and, goofy as Little Shop is, Audrey’s abusive boyfriend should be scary. Potential like that is left on the table all throughout this production. Michael Gianfrancesco’s strong set design and the use of undercast chorus members to populate Skid Row in the opening scene set up the expectation that the gritty underbelly of Little Shop would be explored in a way maybe most under-funded emerging-artist-heavy productions aren’t able to. But none of the actors play the heartbreak underneath their ballads and it all ends up just looking like a cartoon.

Somehow the good musical made for the bad production this year and a musical that isn’t even worth downloading found a way to make an impact. It’s ultimately a wash but at least it’s a testament to the viability of contemporary work. Now to program something with more than one substantial female role…