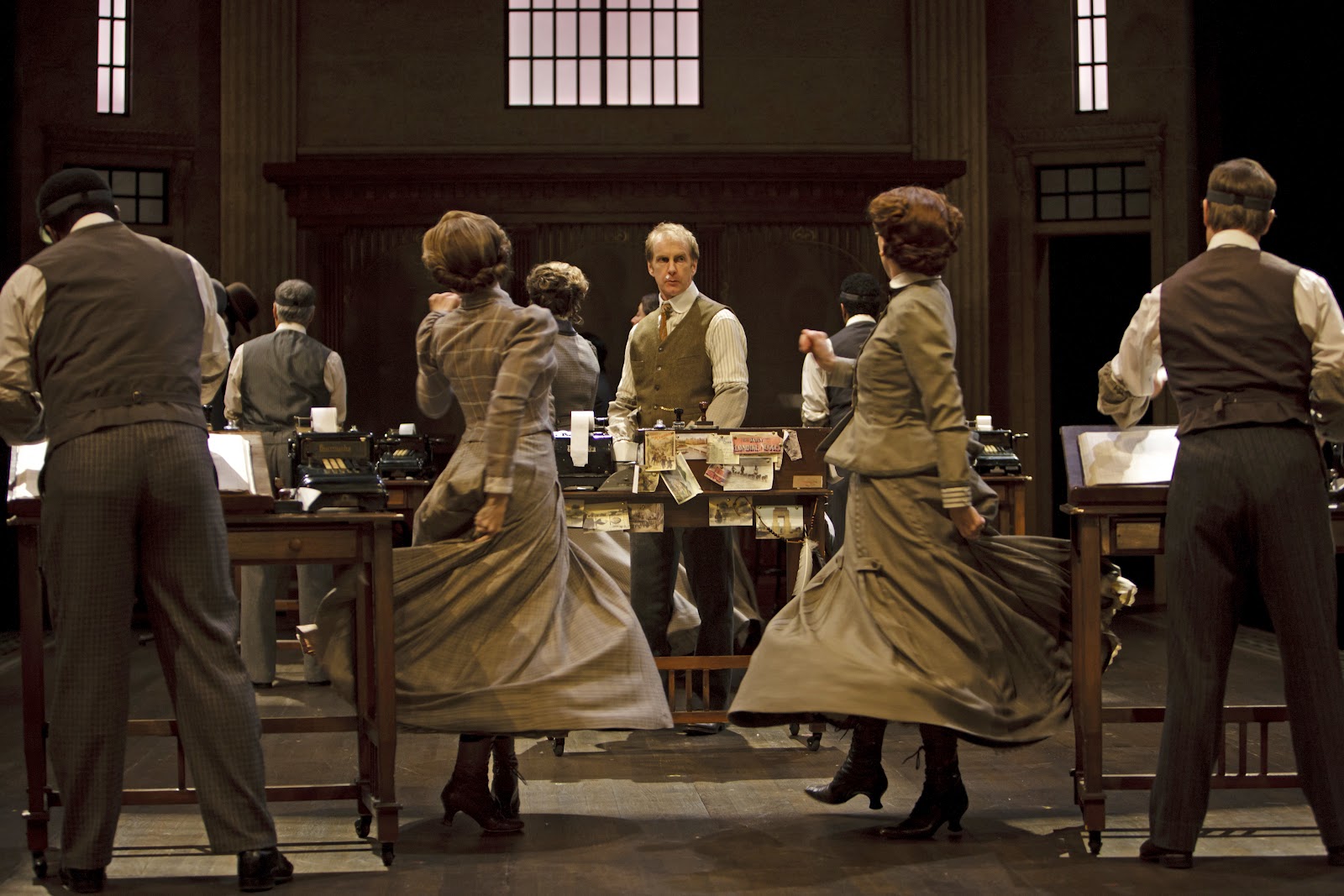 Stratford’s new musical commission is nothing short of delightful. As I expected. Robert Service (whose poems form the lyrics and whose story loosely inspired the piece) is a Canadian treasure, both populist and prolific, leaving us with the legendary Cremation of Sam McGee among so many others. Beloved director Morris Panych conceived the musical and wrote its book, fictionalizing the not-so-legendary life of a folk hero. He also directed this world premiere, pairing with his usual collaborator, designer Ken MacDonald, to create a seamless production on Stratford’s unique Tom Patterson stage. I’m usually pretty skeptical when it comes to the actual music of new musicals but Marek Norman contributed what just might be the best thing about Wanderlust– beautiful and lively melodies that lift up Service’s already catchy words.

The cast is a starry one with my beloved Tom Rooney in the lead as Service himself. Rooney’s well suited to the role- a master of that thin line between depletion and hope- but he doesn’t disappear into it has he has with some of his past Shakespeare work. His singing voice is charming, if not glorious, but that becomes less important since he delivers each song as a well-acted character piece instead of a vocal presentation. Randy Hughson is a comical and sympathetic delight as the bank boss who inspires (for no particular reason) Sam McGee, and Ken James Stewart (also known as Charlie Brown) makes for a hilariously weaselly brownnose. Robin Hutton’s voice is great and she’s likable enough as Louise to break Service’s heart without my hating her, though Lucy Peacock’s Mrs. Munsch is a broad and ridiculous thrown-in character whom someone really ought to think about cutting. The chorus of snotty banktellers are fun- particularly Xuan Fraser’s stiff Blount and his constant protestations of “you are in my area”- and carry off Diana Coatsworth’s understated choreography well using MacDonald’s clever moving set pieces.

Now, on to the real reason I left Wanderlust in my own happy bubble of musical theatre contentment. I was recently talking to one of my pickier musical theatre friends about how much I love Kyle Blair and his standout performances in the Stratford musicals this year, and she didn’t immediately agree like I’d expected her to. Blair being the most likable musical theatre man to come through the company in ages, I pressed her on why she didn’t give him credit beyond just being technically good. Her response? “Remember how much you loved Dan Chameroy?” and years of love and devotion came crashing in from the back of my memory. This friend and I are about the same age and would have seen all the same productions when we were young. Like Camelot, the first Stratford production I remember seeing, and its dashing Lancelot. Or the Toronto production of Beauty & the Beast my parents gave me tickets to for my birthday and to this day the only thing I remember about it is how wonderful Gaston was. Or that obscure CD that I still play from time to time when I’m in the mood for manly tenor greatness… Dan Chameroy. Man, did the my generation (of Stratford-going young girls) ever fall hard for Dan Chameroy. He was the musical leading man to end all musical leading men. I honestly couldn’t tell you if he could dance at all, but he was strapping and charming and had a voice I could listen to for hours.

Sorry for the swoony detour, my point (because I swear I have one) is that, in Wanderlust, I finally got to hear Dan Chameroy again. In recent years, the great romantic lead has been playing bit-parts and comic sidekicks in things like Stratford’s West Side Story and the Ross Petty Pantomimes. I suppose he’s getting too old for the lead (I still don’t think that’s true, but whatever) and he’s plenty hilarious off to the side, but boy was it nice to hear him sing seriously again, if only for the brief lines given to his villainous character Dan McGrew. Sweet and funny and approachable as Chameroy can be, he is a uniquely masculine presence on a musical theatre stage and so his big and authoritative McGrew was convincing enough to threaten Service professionally while stealing the love of his life with very little effort. It’s a great enough performance that I was sad the part was so small for the sake of wanting to see more. But mostly I was sad it was so small because, sitting in that theatre and presented with a very good new production full of very talented people, all I wanted was to hear more of the singing voice that, more than any other (save maybe Raffi), defined my youth.