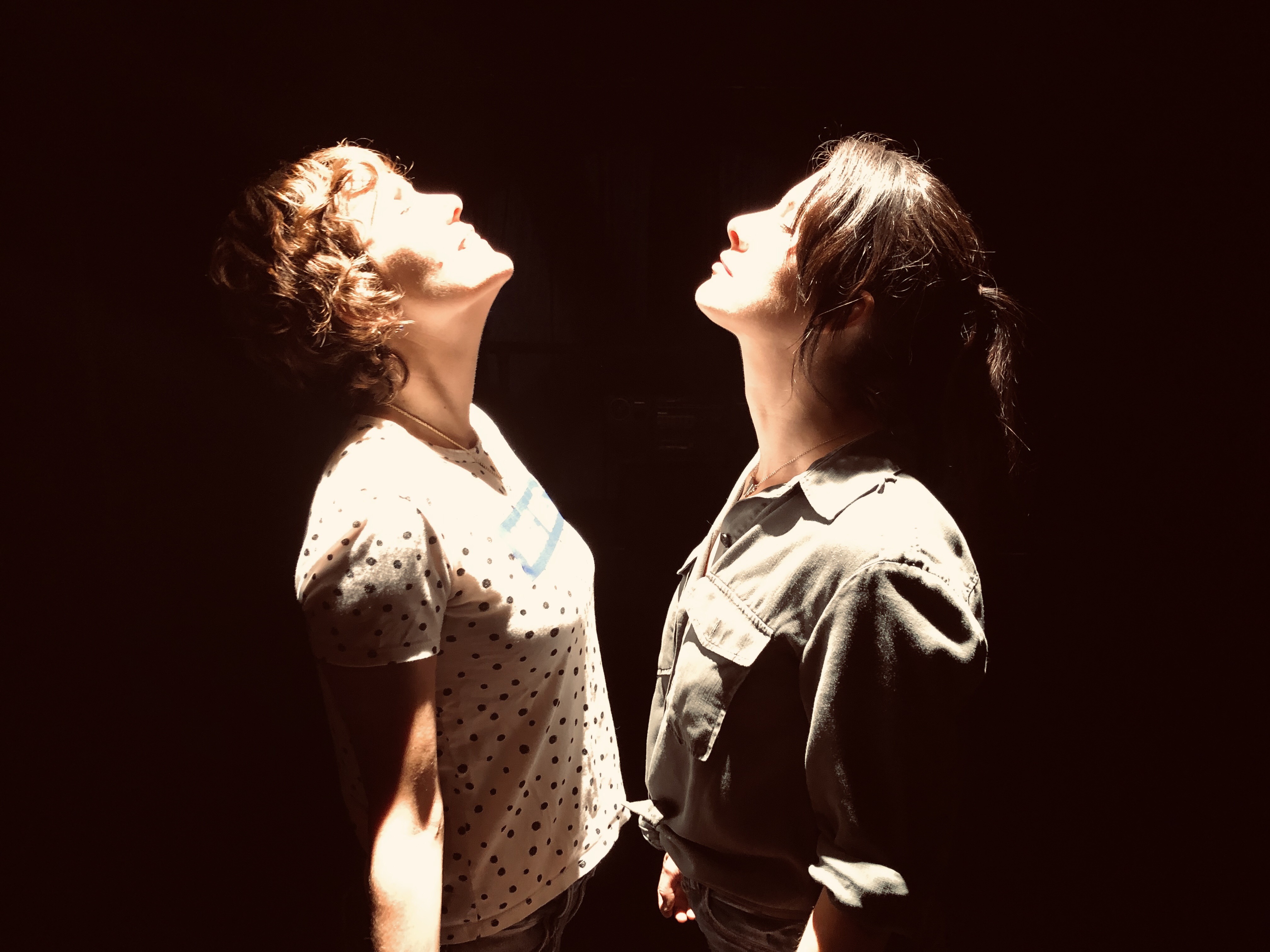 We have all heard the story, seen the show, that centers on the phrase, “boy meets girl”. That is why it is so refreshing when a play like A Beautiful View, that offers a new narrative, is produced. A Beautiful View is sharply written and the team at Shotgun Juliet sink their teeth into this script and deliver a heartfelt piece of theatre.

Matthew Eger’s direction is thoughtful, subtle and simplistic. He navigates the complexity of the relationship of the two characters with ease, highlighting the line of the play, “Nothing is enough”. He doesn’t seek to tell the audience what kind of relationship is being presented to us. Instead, he lets the relationship speak for its self and the talent of Brooks and Dwyer to shine. There are a few moments in the show, where the energy dips slightly. In part, this is due to a character leaving the stage to get a new prop and at times it works but there are other times where it halts the pace of the show. When these moments do occur however, Brooks and Dwyer do a fantastic job of ramping the energy up again.

One of my favourite moments of this production was when the characters first meet each other. I don’t know whether it was the innocence of the moment or the fact that it sets the audience up to think this is a show about one thing and then defies expectation for the next 70 minutes. All I know, is that this was when the production grabbed me, and I didn’t look away until the lights went down.