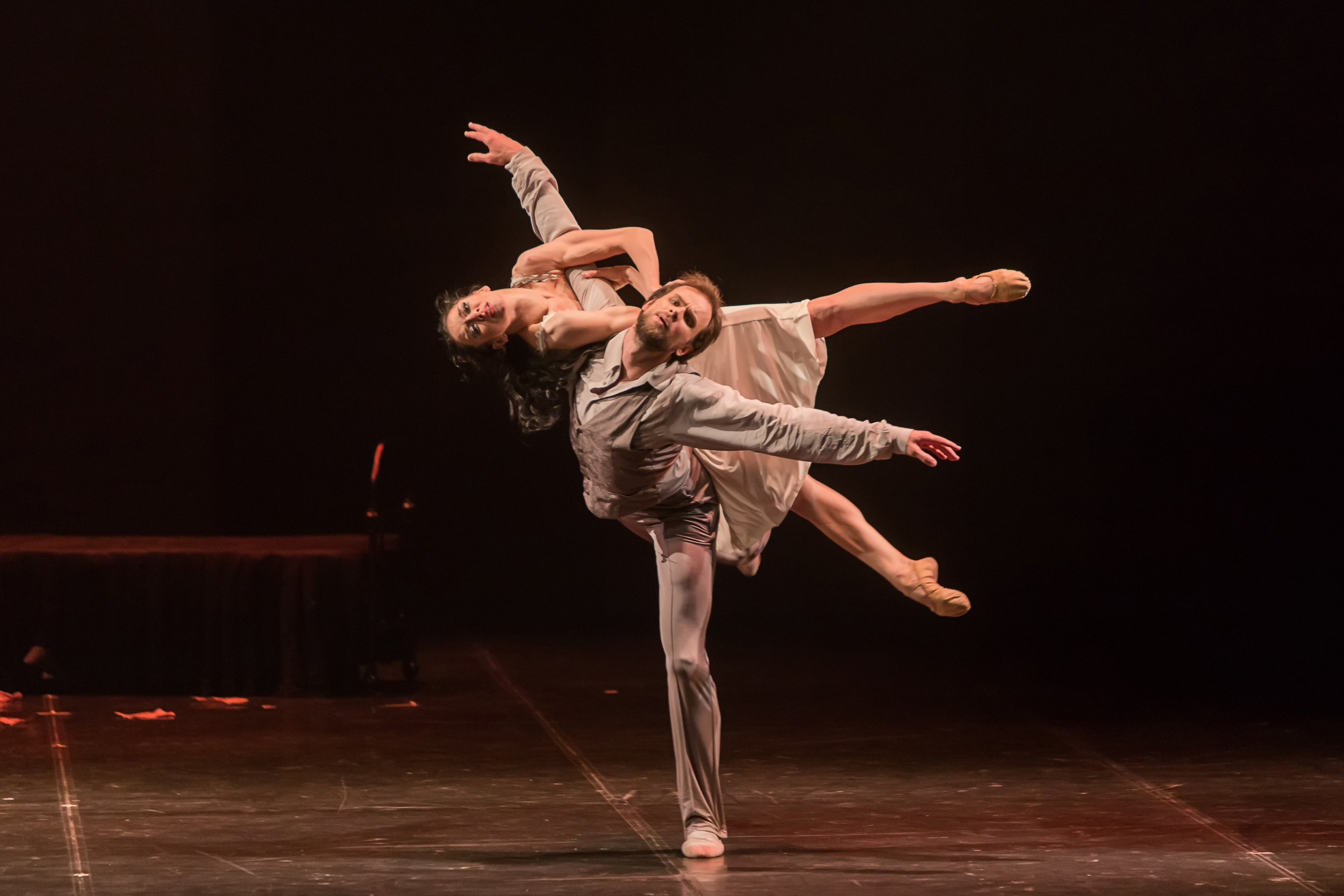 Celebrated Russian choreographer Boris Eifman brings to life the story of composer Pyotr Ilyich Tchaikovsky (1840-1893), and it is a tale of beauty and tragedy. Eifman, inspired by the composer’s life, utilizes Tchaikovsky’s historic works to draw out evocative imagery of the man’s inner demons and public life.

At the start of the ballet we find Tchaikovsky deathly ill in bed. The audience is positioned voyeuristically to witness key moments of his life, with major life events becoming interchangeable with some of his most famous works; Swan Lake, The Nutcracker, Eugene Onegin, and The Queen of Spades; all feature in such a way that fact and fiction are blurred, key figures in his life become the lead characters in his storied compositions, as swans and rats et al. perform milestone life events.

The deathbed flashbacks play out as short vignettes, and while some of the imagery I find very recognizable (Swan Lake and Nutcracker), I find it harder to fill in the backstory for some of the other ballets and operas being featured. Each flashback acts as a brief window into a real life moment, but assumes some knowledge of the various ballets and operas being evoked to fill out the story.

The ballet itself is a master class in technical precision, athletic and satisfying. Particularly the all-male card table ensemble during the 5th scene of Act II (The Queen of Spades), which is magnificently masculine and feels particularly Russian in choreography. The Eifman Ballet of St. Petersburg is both current and timeless, the company comfortably performed inspirations of long established ballets, while presenting them within the reworking of a contemporary production that could become a classic in its own right.