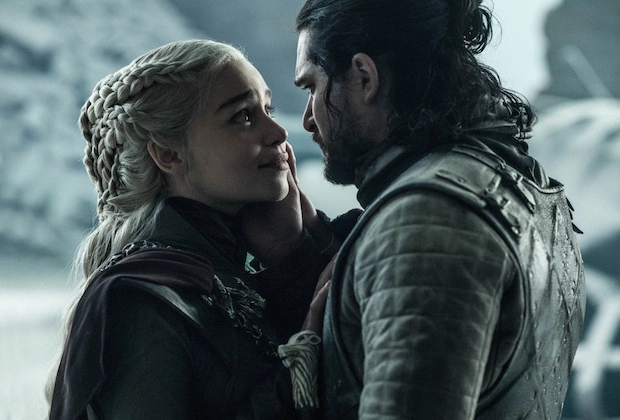 Well, this is it. The series is done. I started writing these articles in 2016, right before season six started. It seems like such a long time ago, three years and two seasons. Almost seems like a simpler time, when Jon was coming back from the dead and Dany was getting reintroduced to the Dothraki. Almost, though, remains the operative word. Ian McShane shows up just to get murdered. The Battle of the Bastards is a mess of poor camera work. Cersei gets a cool new haircut and kills all of her Kings’ Landing enemies and rivals in a single, massive green explosion.

No, when I started writing these articles, ‘simple’ had taken its leave from the lexicon of Game of Thrones. We left simple behind at the end of season one, when they beheaded Ned Stark. It was the show’s way of telling us, ‘you aren’t going to get what you want.’ Some, of course, heard ‘this is where the story really begins.’ Looking back at it, Ned’s execution doesn’t seem that remarkable. Compared to the Red Wedding, the Purple Wedding and various other wholesale massacres of beloved characters (or just watchable characters), it was a drawn out, dramatic affair, certainly, but only one man was killed.

The thing is, his death set the stage for Stark-mania, and a significant chunk of the audience became convinced that the show was about Arya, Jon, Sansa and Bran. Sure, there were other families doing things, and that weird dragon-lady had a job to do, yeah, but the Starks! They were surviving all sorts of horrors, and just as their father suffered and people ate it up, the trials of his children became the crux of entertainment for many watchers. The producers weren’t idiots, they picked up on this, and gave them more screentime, more violence, more intrigue to manage.

But the show must go on, Starks or not. Tyrion became a fan-favorite for a plethora of reasons – the drunk dwarf with a penchant for witty banter, who makes friends with a heart of gold or a pouch of gold. Oberyn Martell had a season of exciting tension, hunting and hating Lannisters, scaring the hell out of half the cast, having sex with the other half. The Greyjoys had their arcs, with Theon rising and falling in heroics, Yara trying her best to do what Ironborn do. We had other narratives start and end, teasing and hinting at the larger story. The question, of course, was how the Starks fit into the larger story.

And then, the final two seasons hit. It’s like a switch was thrown and the train that was Game of Thrones began to speed up, in terms of pacing. Tensions escalated. We got more big battles, more densely packed moments, more key characters grouped together for various reasons. In the wider world, concerns that GRRM wasn’t going to finish the books before croaking, coupled with the fact that the TV narrative had begun moving past the book narrative, gave the producers a longer leash, and they strained it in season seven. Wildfire caches, religious zealots, the return of the Brotherhood, Gendry and Arya to Westeros – some of their adventurous, inventive moves were good, others made us questions what direction the showrunners were taking us in.

Whether you liked season eight or not, I think it’s clear that it broke the leash. D&D ran free and clear off the cliff they’d been building. Jon kills Dany to save the world from a power-hungry conqueror, and to (partially) fulfill the ancient, ‘prince-who-was-promised’ prophecy. Arya gives up her vengeance quest, not for family, but for… an unspecified destination. Bran takes the throne, whether he earned it or not, and gives Tyrion his old job back, with the same problems and then some. Sansa probably makes out the best of all the Starks, but the rest of the supporting characters get written out or killed in convenient ways. The Dothraki settle in King’s Landing, having been reformed by their Khaleesi. The Unsullied leave for the Summer Isles, for fairly unclear reasons. It feels like the band is breaking up, like the seniors are leaving high school, like people are drifting apart. An argument can be made that a good ending encapsulates such a feeling, the sense of distance and increasing isolation, trading community for self-discovery.

But that’s too neat, too clean of an ending. D&D had a fine needle to thread, and it wasn’t perfect in this finale. Dany’s character turned the corner, became the conqueror they’d hinted she might become. Too many people felt betrayed by what the producers did to her character, and a betrayal is not an ending. A betrayal demands answer. If there’s one thing that we’ve learned from Game of Thrones, it’s that traitors suffer the most. Season eight changes that narrative. Jon Snow betrays his queen, and his punishment is to go serve in the Night’s Watch. But when he sees the gate close behind him, with Ghost and Tormund at his side, he smiles, because he knows he’ll never need to come back. Essentially, it’s not a real punishment. Tyrion betrays his queen, and asks Jon to see him in ten years, to make up his mind whether it was right or not. In the meantime, he gets to drink and carouse as he used to, restored to his former position as Hand of the King. If there’s suffering for either of them, I don’t see it.

Watching the opening minutes of the final episode, as Tyrion moves through the city silently, headed to the finality of his siblings’ deaths, I realized this final episode would be mostly about him and Jon. Bastards and broken men, after all, have a home in Game of Thrones, not just the Watch. Yes, we’ve given the traitors their moment in the sun, at the closing of the book, the end of the story. We’ve traded the better story for the different story, the liberator for the betrayer, the character development for the character assassination. Sansa may be queen in the North, Arya may be headed west of Westeros, but we’ve let the men remain men, let the broken remain broken, let the old world of kings and feudalism continue because the alternative as presented by Samwell Tarly was laughable. No, the vision for a new world died with Daenerys. And at this, the end of all things, we are the poorer for it.