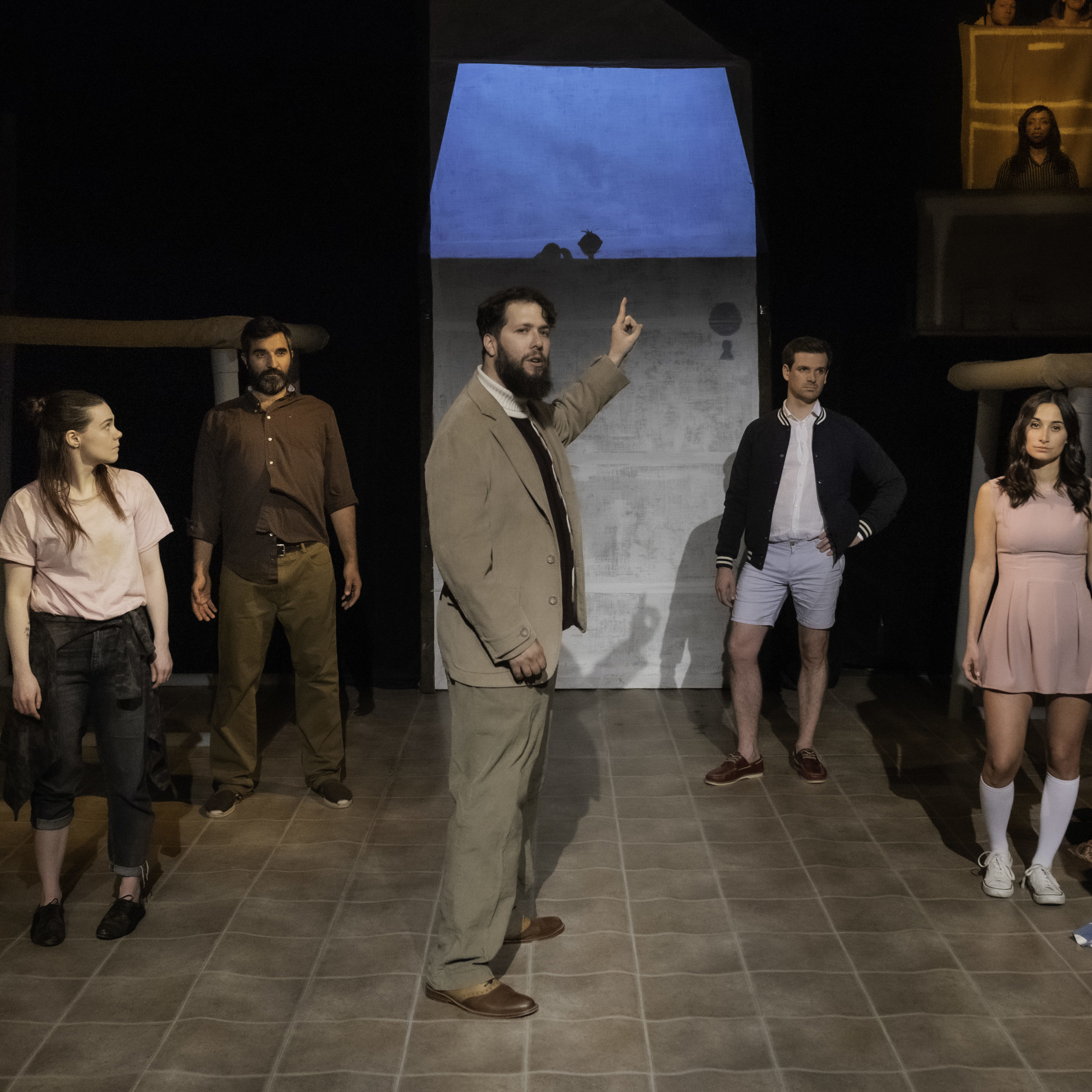 “The sadness. It gets in your fabric.”

The Doll Play: A Miniature Revolution, presented by Witchboy Theatre and Blood Pact Theatre at the recently opened Grand Canyon, sounds disarmingly simple: a bunch of dolls in a child psychologist’s office, fed up of being by jostled and torn by damaged young brats, resolve to reclaim their independence. That description could mean anything from Toy Story to Animal Farm but what we get is a curious, fantastic blend: at once shockingly dark and desperately funny, a deeper look at the human condition than many works that try so hard to offer that.

As the critical success of various animated shows suggests, fictional humanistic-but-not-human universes with their own realism and rules of engagement are often an ideal venue for exploring serious subjects. The great achievement of The Doll Play is that it builds its own rich, complete universe-in-a-bottle in which its story can unfold – and it has to do it in ninety minutes rather than five strings of ten half-hours. The everyday features of this world seem significant – the banality of cannibalism when the only food is others’ stuffing, the bonding over sewing each other back together – and are useful springboards for larger points without feeling forced. The contrast in lifestyles between the old hand-me-downs fraying at the seams in a shoebox and the glossy Barbie and Ken dolls in their dreamhouse is a stronger commentary on the class divide than any political ad could hope to be. The title quote isn’t just a cheap joke about being toys: it’s a reminder that depression can take root even when you look presentable on the surface and can stain those who go through the wash with you.

All this relies on the inhabitants of that universe to bring it to life and keep it there. This cast is the best type of ensemble where every role is unique and, by the end, it’s hard to imagine anyone else in any of them. Some characters are necessarily more one-dimensional but all go through some kind of transformation and each actor guides that process with a steady hand. Susannah Mackay is electric as the wild, manipulative Pig, while producer Breanna Dillon carefully conveys the inner turmoil of permanently chipper ‘emotional support doll’ Anne. Christopher Hayes is outstanding as Ken, skipping through the dark, the comic, and the darkly comic without missing a beat. Jonah Hundert steals every scene he’s in, lending his stentorian, senatorial voice to the Lion; I would gladly listen to him boom out the phone book (or the 21st century equivalent). It’s hard to offer commentary here that isn’t just giving a description of every role and gushing over how good the actor is.

If the script has a weakness, it’s the figure who looms large over the dialogue and the dolls themselves. The drama down below is interrupted by sombre confessions from the psychologist, giving details of the dark secret she so clearly harbours. This staggered, sporadic reveal feels like a distraction that doesn’t give its subject the full attention it needs. It rapidly raises the stakes of the work – one that needed no help painting a terrifying picture slowly and organically – for no real narrative effect; if she remained hidden throughout little would change while the removal of any other character would warp the group dynamic. That might be for the best anyway: ‘the Doctor’ is more compelling as an idea, for what she represents to her long-suffering subjects. Putting a name to the character, or a face to that name, forces her to assume a role that the script doesn’t yet support.

Writer and director Joanne Sarazen and the entire cast deserve all the praise they will surely and hopefully receive for The Doll Play. The Grand Canyon is off to a fine start.