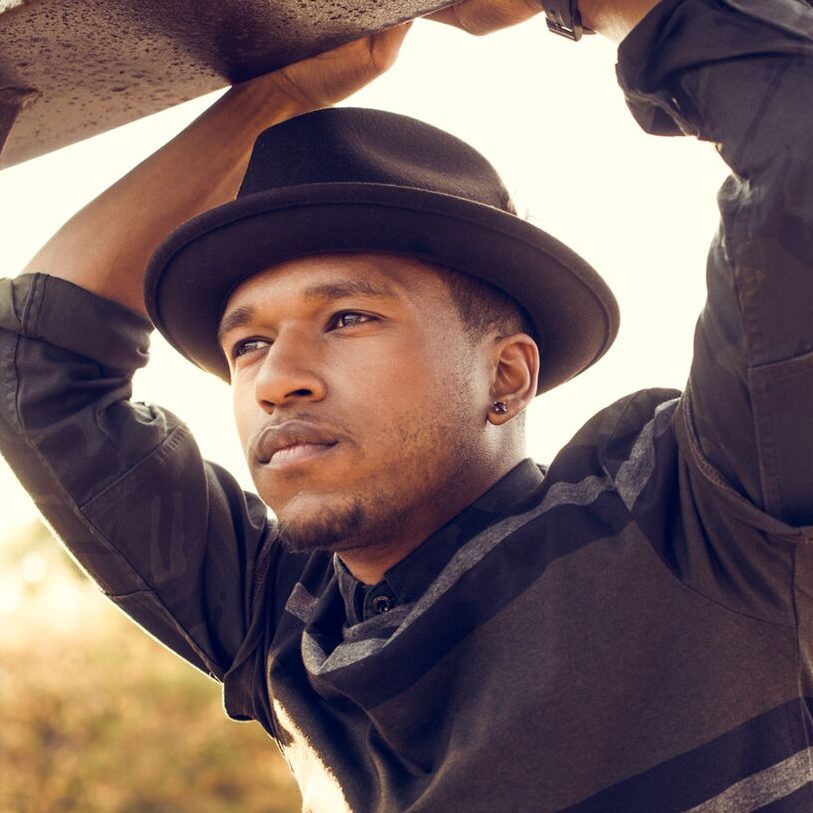 Last spring, Soulpepper had one of their greatest repertory seasons of all time with three exceptional productions playing together. In a sea of excellent performances, Lovell Adams-Gray stood out with an Outstanding Leading Performance in a Play-worthy turn as smooth talking trumpeter Levee in August Wilson’s Ma Rainey’s Black Bottom. I believe the word I used in my review was “supernova”.

Can you remember your first experience with theatre?
My very first experience with theatre came when I was going to play the Red Fire Truck in a 2nd grade play at Parkfield jr school in Etobicoke. My teacher was running the play and she kicked me out the day before the play went up. So, I never got to do it, but the rehearsals were really fun. My first professional stage experience came when I performed at my first Toronto Monologue Slam. I was so nervous, I had to take a shot of rum before going on stage. Didn’t help!

When did you know you wanted to be an actor?
I knew I wanted to be an actor ever since my parents told me I wasn’t allowed to be a cop, so practically my whole life! It was solidified in the 8th grade when my best friend, Leighton Alexander Williams, and I competed for best actor accolades. [Editor’s Note: Leighton is also nominated this year though not in the same category as Lovell. Stay tuned for his interview coming soon].

What’s your favourite role you’ve ever performed?
I’d have to say my favourite role thus far has been playing Levee in Ma Rainey’s Black Bottom. I felt so aligned with him, and I’ve never felt more free on stage.

Do you have a dream role you’d still like to play one day?
I’d like to play Kanye West in his biopic! I’d also love to play Denzel Washington’s son and co-star with Will Smith in any project!

How did you get involved with Ma Rainey’s Black Bottom?
I almost didn’t get to audition because I was in rehearsals for another play at the time. Thank God they were willing to accept a self-tape. They asked me to come in on one of my rehearsal dark days for a callback. I was so excited and scared, I wanted to play Levee so bad. I told myself if I only did one August Wilson play, it would have to be this one!… or Fences! To this day, I still think the shoes earned me that part!

What are some of the unique opportunities and challenges that come with August Wilson’s work?
August Wilson presents a unique opportunity to speak grounded poetry in a modern classic. The monologues are so truthful and personal- they speak to experiences beyond the individual, into the diaspora. A black woman from New York, Uganda, Toronto, or Haiti can pick up Rose’s monologue from Fences and speak the truth by merely uttering the words. The challenge is not to impose yourself, but surrender to the words. The truth comes when we let these stories be told through us. Being ego-less and getting the heck out of the way can be a challenge for some actors.

Tell us about learning the trumpet to play a professional musician.
It was hard! I played trombone as a kid, so I was vaguely familiar with handling a brass instrument. That’s where the similarities begin and end. Building the stamina in my lips and having to play sometimes twice in a day? There were days where I simply didn’t have lips to play the notes, man! Now I can play pretty well, it showed me that I can learn how to do anything if I give myself the time.

What were some of the most interesting conversations you had with director Mumbi Tindyebwa Otu in discussing your interpretation of the role?
Mumbi and I talked about where Levee was coming from when telling his story to the band; that maybe he wasn’t coming from a place of anger, but of a need to protect himself and get the band to understand him. Part of what attracted me to Levee was my understanding of his pain, and in that, finding the vulnerability and need to be heard was what Mumbi helped bring out. The best advice Mumbi gave me, was “just keep doing what you’re doing” In not so few words. It meant she trusted me, and that meant a lot to me. It changed my work.

Tell us about working with the rest of the ensemble, especially your bandmates with whom you had to establish a lot of shared history.
EVERY SINGLE PERSON IN THAT BAND AND ON THAT STAGE WAS DEDICATED TO THIS PIECE!!! I can honestly say that from my the bottom of my foot! The band cared so much about getting each and every moment as specific and clear as possible. There were tears shed over how much we wanted to get this story right! I thank God that it all came through.

What do you hope audiences took away from Ma Rainey’s Black Bottom?
I want people to understand that ancestral pain runs deep, and that these stories still ring true to this day! We see it all over social media in how musicians are treated by their labels. They’re made to pump out music like factories to receive the scraps of what the company made. And to that point, whenever they think “why are black people so angry, why do they fight, why do they party so much, why do kill each other?”Just ask August Wilson. Pain runs deep. It’s ancestral, and the healing of it takes empathy and patience, not shame and judgement.

You do a lot of work in TV and film. What have been some of your favourite experiences in that world?
Not too long before beginning rehearsals for Ma Rainey, I had the opportunity to play a young Barack Obama on DC Legends of Tomorrow. I worked with some of the nicest and most professional people, and I GOT TO PLAY A YOUNG OBAMA!!

How do you approach stage work differently from the screen?
I approach stage work and screen work similarly, all that changes is the way in which it is received. I have the same warm-ups, the same character study, and the same curiosity when I get up to work. I have to give these mediums the same respect because, I love what I do and I want people to receive the best, of me and through me. The only thing I change is my vocal projection, cuz I ain’t tryna pop the mics!

What are you working on now/next?
Only God knows, and for now I’m staying open to whatever may come that is in alignment with my growth as an artist and as a man.

Do you have anything you’d like to add?
God only Elevates! Lupe Fiasco is the best rapper of all time, BDB has some great things coming for 2019 and 2020, and my girlfriend Kiana Madeira is the lead of a new Fox horror trilogy!