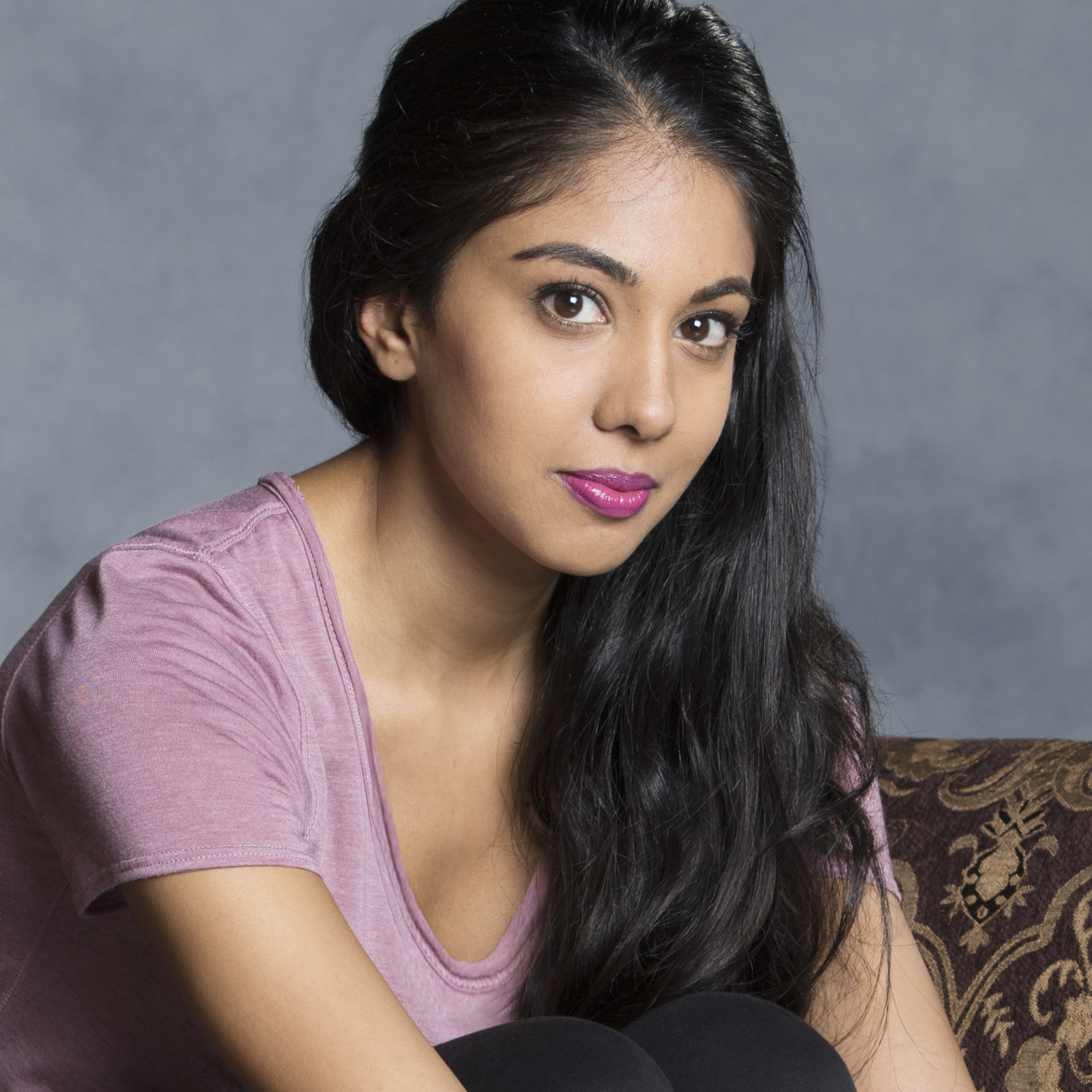 Sarena Parmar wrote Outstanding New Play nominee The Orchard (After Chekhov) based in part on her experience growing up on an orchard in British Columbia. The Cherry Orchard adaptation had its world premiere at the Shaw Festival last summer and was a highlight of the season for its fresh voice and insightful inclusivity. Parmar’s story returns home to BC this month with a production at Vancouver’s Arts Club that opens tonight and runs through April 21st. Get your tickets HERE.

Can you remember your first experience with theatre?
Haha! Yes! I grew up in Kelowna, BC. In Grade 6, my teacher put on the Christmas show. She was a huge Star Trek fan, so it was called Christmas on the Enterprise. I was too shy to audition for any of the roles. So I got the part of the computer. I sat behind a box and made a computer voice. I guess I was the original Siri.

When did you know you wanted to be a theatre-maker?
I started saying I wanted to be an actor quite early, around Grade 7. I had never even been to the theatre. I think that speaks to an inner-calling that I could identify at a young age.

What’s your favourite thing you’ve ever written?
Well I’ve only written The Orchard (After Chekhov), so I guess it would be that!

Where did the idea for The Orchard come from?
I grew up on an orchard in the Okanagan Valley; and in my final year at the National Theatre School, my class did a production of The Cherry Orchard, directed by Jason Bryne. So when my family cut down our family orchard in 2008, I suddenly understood the play in a whole new light. My family came to Canada in 1967; we don’t have any family left in India. Being from Punjab, an agricultural province, our farming roots were our last ties to the country and when they were severed, it was the closing of a chapter.

How much did your own experiences growing up on the orchard directly influence the piece?
It definitely gave me a place of authenticity to work from. I was really interested in transposing the play to represent working-class farmers. And as I delved deeper in the context, I started to look at the reality for people of colour who are orchardists.

How did you approach striking a balance between telling a new story and working within Chekhov’s frame?
I wanted to honour the four-act structure, heightened rhetoric and iconic Chekhovian tone. I often thought of Chekhov’s famous stage direction, “laughing through the tears”. The idea that each character is longing for something that they can never attain. With each draft, my own voice emerged more and more. I started to explore Chekhov’s themes in a way that resonated with me, as a diverse writer. And from there, I started to write new scenes that aren’t in the original play.

What are some of the challenges of taking on the combined role of writing and performing? Were you rewriting during the rehearsal process at all?
I knew the process was going to be very intense because I was the playwright, an actor in the show, and had another acting track in Stage Kiss. So I tried to front load as much of the re-writes as possible. We were able to have a three-day workshop months before rehearsals started. There were some re-writes in rehearsals, especially re-thinking the interludes. But I think the re-writes were much less than a typical new play rehearsal process because of the unique circumstance.

Did you always intend to play Annie yourself? What drew you to that character?
Yes, I always felt a real desire to play Annie. The character’s desire to make a space for a hybrid identity of South Asian and Canadian. Her passion and bravery. All these qualities really resonated with me.

The piece was directed by your husband Ravi Jain. Do you find that working with someone who knows you so well is helpful as a writer trusting a director with your work or does it ever become overwhelming?
We made a rule early on that we weren’t going to talk about the play once we got home. Inevitably, someone would say, “Oh I had a thought from rehearsals today.” And then the other one would say, “No no, we’re not talking about work.” And about thirty minutes later, the same person would say, “Ok I can’t take it! Tell me now!” So that rule went out the window pretty fast.

What were some of the ways the final production differed from what you pictured when first writing it all down?
Well I never thought the play could be staged in the round, in my head it was always a proscenium. But Ravi did an amazing job, and was able to reveal a level of intimacy because the audience was surrounding us. It’s been really fascinating sitting-in on the Arts Club production of The Orchard (After Chekhov) because they are performing in a proscenium theatre. So I can’t wait to see how the show translates with this new relationship to the audience. It’s been really exiting!

Did you have a favourite moment in the production?
There are so many celebratory moments from the production. It was the first play by a South Asian playwright to be produced at the Shaw Festival, and so there was a level of excitement that bubbled throughout the run of the show. And a real pride in telling a truly Canadian story, that happened to be from a South Asian perspective.

What are you working on now/next?
I’m sitting-in on rehearsals for The Orchard (After Chekhov) which opens at the Arts Club Theatre on March 27. And this summer I will be playing Helena in All’s Well That Ends Well at Bard on the Beach in Vancouver.

Do you have anything you’d like to add?
Thanks for nominating the play!