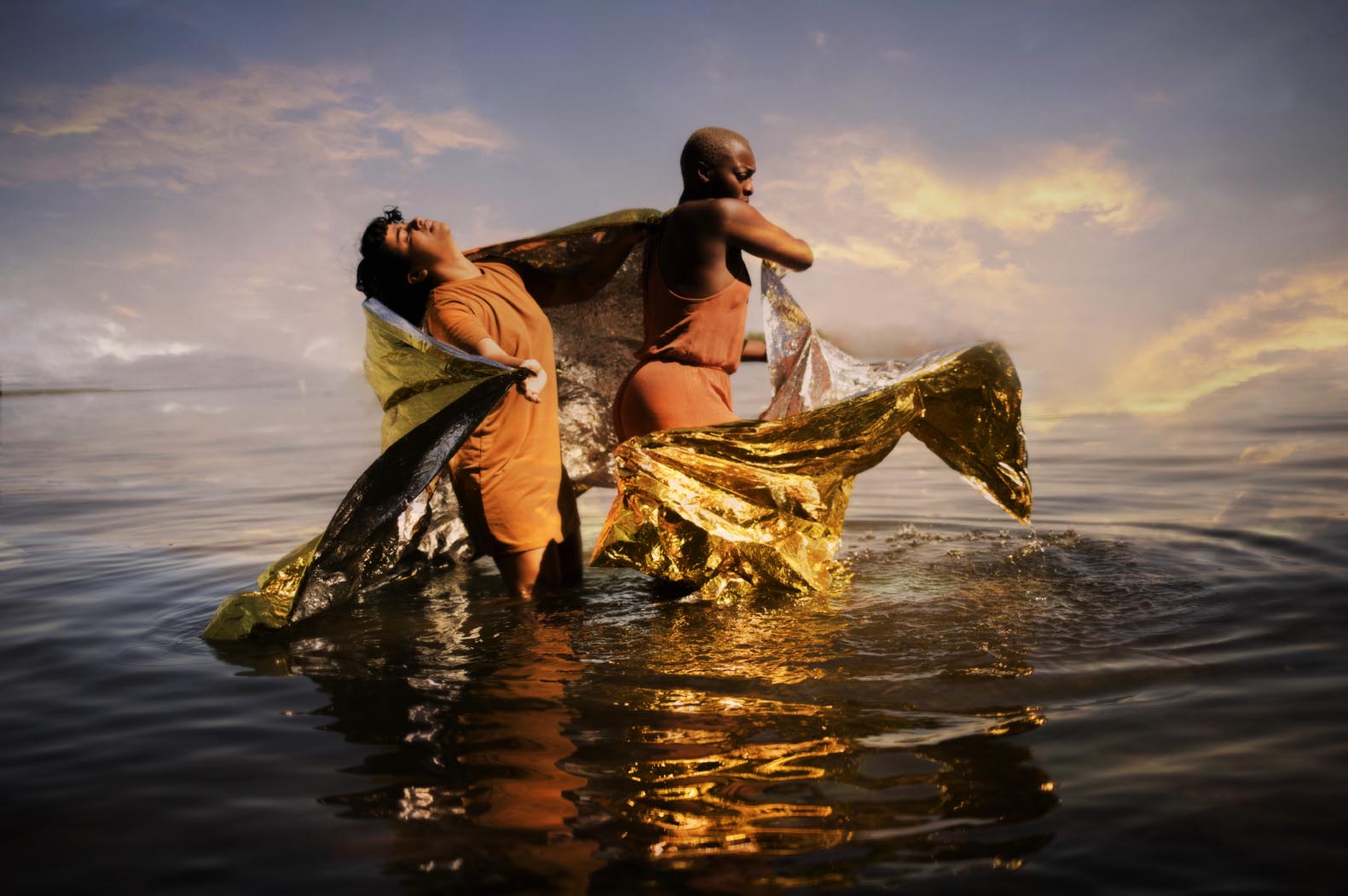 No Woman’s Land: An Epic Journey Into Empathy

This is one of the many hard truths about the refugee experience that No Woman’s Land asks its audience to grapple with. Through thoughtfully constructed and highly theatrical vignettes, Jaberi Dance Theatre challenges viewers to experience the plight of refugees on a deeply felt, affective level.

The show opens, literally, in the eye of a storm. The ensemble spins and sways the naked frame of a boat as the sound of lightening and waves crashes all around. During the tumult, recorded testimony plays – remembrances of fellow travellers dying at sea, with numbers of the perished climbing quickly, and parents handing over their children to anyone with a slightly higher chance of keeping them warm and alive. These stories, like the rest of the production text was derived from interviews with refugees living here in Canada. For three years, Jaberi Dance Theatre has been developing this piece, and conducting research alongside Doris Rajan of IRIS (Institute for Research and Development on Inclusion and Society) and Dr. Sharhzad Mojab of University of Toronto.

Even before the house lights dimmed. it was clear this production extended further beyond the usual community of Toronto dance-goers. Looking around the theatre, it was clear I was amidst one of the most diverse audiences I had ever seen in Canada, and a friend of mine mentioned after the show that she had been seated next to a lovely, chatty woman attending with her local community group. Doris Rajan was also on hand for anyone who needed some help processing the depictions of violence on stage – experiences that may recall viewers’ own traumatic pasts.

There was plenty to be unsettled by. The massive boat frame quickly transformed from a vessel to a prison cell holding a woman – the firmly grounded, yet emotive Irma Villafuerte – wearing a sheer nightgown. Hands reached through the bars behind her, their bodies obscured in darkness, grabbing her, groping her with increasing speed and impudence. Depictions of gendered violence return throughout the show, making it clear that the threat of rape is a specter that haunts refugee women as they’re trapped between the violence of home and an uncertain future.

What carries the audience through these painful depictions is the incredible, persistent will for survival radiating from the performers. Often, the scale of the show and the journeys portrayed felt epic, but the strength of the ensemble carried it with ease. Vignettes depicting happy memories – playing on a swing, laughing about childhood crushes – provided much needed intervals of levity and demonstrated the breadth of the performers talents. They are all dancers who radiate presence and also bring acting, singing and even aerial silk skills to the table.

Between the projection and set design, inventive use of props, verbatim material, and organic feeling of the choreography, this is a piece that could be discussed endlessly. At the end of the day, it is meant to be felt; meant to transmit the urgency of the west’s moral crisis in its lukewarm (at best) attempts to aid our global neighbours with nowhere to go. While the refugee crisis continues, one thing is certain: in this poetic and urgent blending of dance and politics, Jaberi Dance Theatre seems to have found its home.