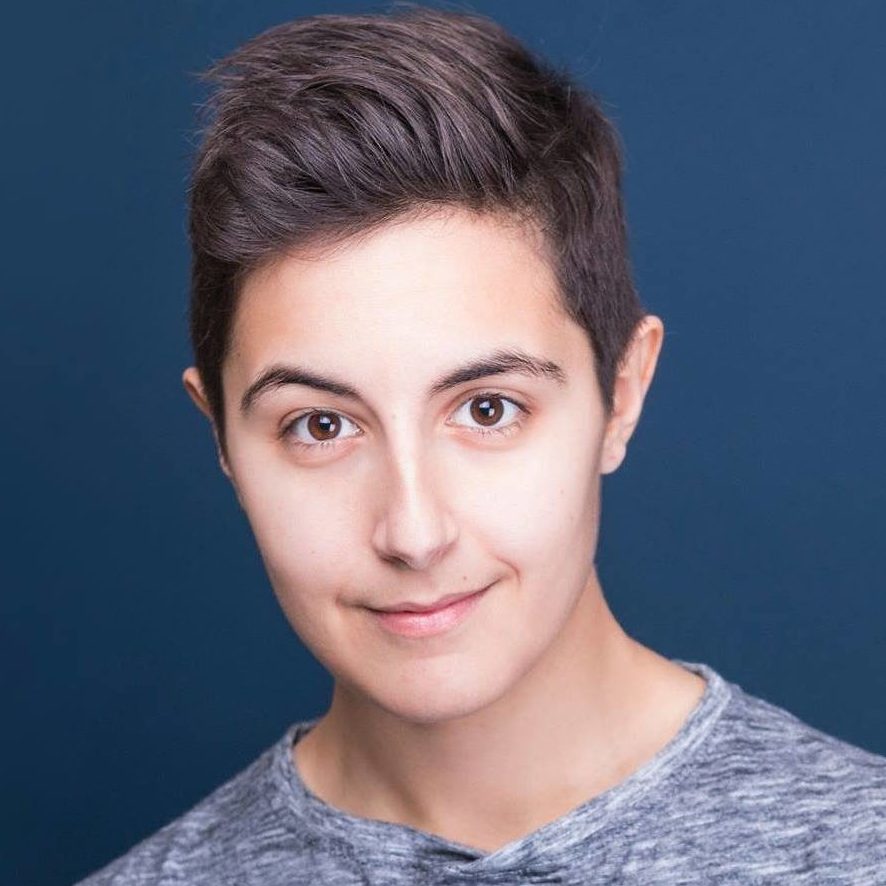 The first production out of Bad Dog Theatre’s improv academy to be nominated for a Critics’ Pick Award, Cardboard Sword Productions’ co-pro Haunted was a standout of Bad Dog’s 2018 Blockbuster Week. The improvised horror sendup featured Daniel Fishbayn, John Richardson, Chris Middleton, Micheal Mongiardi, Randall Morales, Stephanie Malek, Guarvi Shah, and Kyah Green. We caught up with Kyah (who is also nominated as part of the ensemble of Kinsey Fail) to talk about the origins of Haunted and how the ensemble earned their spot in the Outstanding Sketch or Improv Production race.

Can you remember your first experience with comedy?
Well, I can’t speak for my entire crew, but most of my early experiences actually making comedy came at Bad Dog Theatre Company. That’s where I started taking classes. That’s also where Haunted came to be.

When did you know you wanted to be a comedian?
The team for this project had varied backgrounds. Some of us are hobbyists, some of us perform regularly and professionally. I think most of us discovered it through stand up or improv and just kept working at it because we love it.

Who are some of your comedy heroes?
Genre comedians really influence a lot of what we tried to do during the process. People like Jordan Peele or Joss Whedon bend horror into self referential comedy in ways that we really tried to draw from. Also, local groups like Sex T-Rex, who are the absolute masters of genre comedy. If you haven’t seen them do it, you’re missing out.

What’s the best bad joke you’ve ever told?
I’m not going to lie to you and say that I haven’t flossed (the dance move, not the dental regimen) on stage for an extra laugh more than once, which I think has officially become ‘hack’.

Tell us about how the company came together?
Well, it was originally a tiny seed of an idea that Steph [Malek] and I had for our theatre company, Cardboard Sword. We then decided to take a Narrative Improv class at Bad Dog Theatre, and in that class we met the talented individuals that all, collaboratively, helped to make Haunted happen.

Tell us about Haunted and how it developed.
In class we were each asked to select a movie/show and pitch a way to adapt it into an improv production. We had some excellent pitches for adaptations of Saved By The Bell, Fargo, News, etc. Mine just happened to be an adaptation of Cabin In The Woods/Betrayal At The House On The Hill (a board game). I came in with a pitch document that had a basic structure, character outline and ideas for how to make it all work, and then we workshopped it as a class with our director, Etan Muskat. He really helped make the narrative part work. Eventually, it became something we all really loved, so we made it our final show. It was a fantastic process, and everyone contributed great ideas and performances to help make it the final show you see now.

How did that cast come together?
We all applied to be in the narrative class without any idea of who else might be taking it. We were lucky to get a really good group.

Do you remember a favourite moment from the show?
It’s hard to say, since it was different every time. One highlight was Jon Richardson as the host/Cryptkeeper. It’s a difficult part because you have to do a lot of housekeeping off the top, but he always did a great job with it. I also personally really enjoyed the gruesome deaths. Those were always a lot of fun to play.

You’re nominated against yourself as part of the ensemble of Kinsey Fail. Tell us about your experience working with that group.
Kinsey Fail was my gateway into improv. I joined on a whim with very little to no improv experience, and by some miracle they let me keep playing with them. So, I performed with Kinsey while I was learning how to be a comedian, and it really helped me grow. It taught me very early on that I would be a better performer if I played my point of view openly. I think it’s been an amazing and important part of the improv scene that’s made space for a lot of queer performers.

What are you working on now/next?
The people in our group all have a ton of amazing projects on the go. If you want to see them elsewhere, you can see a couple of our cast members in Jibbar Jabbar performing regularly. Daniel Fishbayn has done some very successful directing, which is awesome. And Steph and I are working on some new Cardboard Sword shows for the spring and fall, including a third year of our Halloween Buffy Singalong, and some original work.

Do you have anything you’d like to add?
Just a big shoutout to the cast of Haunted who all made it happen, as well as our director, Etan Muskat. I’m told that it’s the first Bad Dog student production to ever be nominated for an award, so that’s neat.