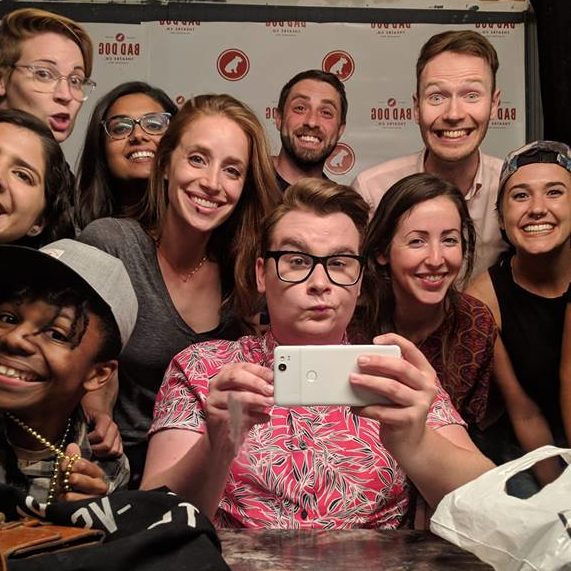 Nominated for Outstanding Sketch/Improv Production for their riveting set with Priyanka Queen at Bad Dog Theatre’s Proud + Funny Festival during Toronto Pride Week last June, Kinsey Fail is an all-LGBTQ+ group of all-star improvisers who create original scenes based on stories provided by special guests. Their work is hilarious, thoughtful, and often deeply moving, featuring a cast of some of the best improvisers in the city

In a special podcast instalment of the Nominee Interview Series, we spoke with the group’s founders Tom Hearn and Anders Yates to get the Kinsey Fail origin story and talk about why it’s so important to create an inclusive LGBTQ+ positive space in the comedy community.