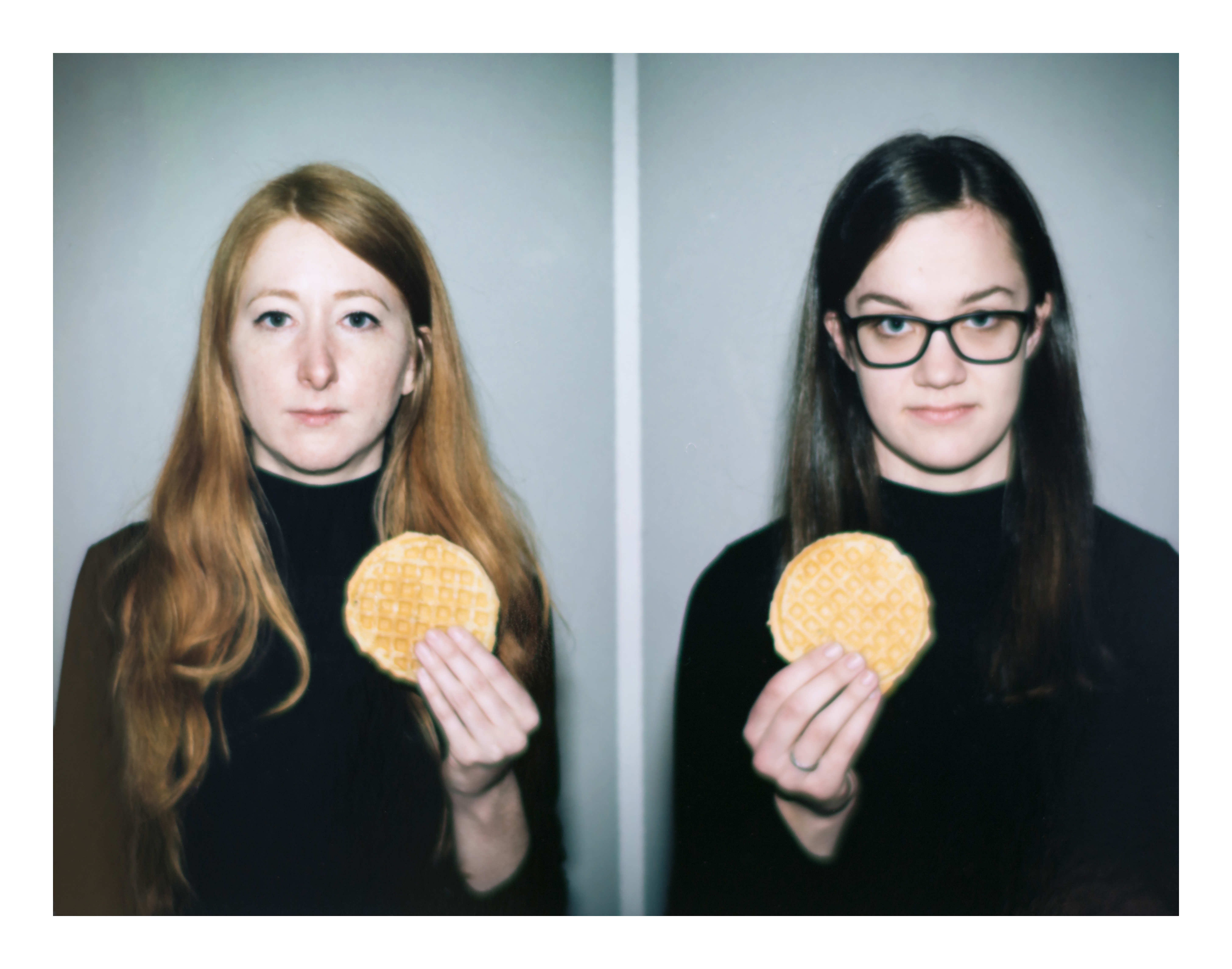 Outstanding Sketch or Improv Production nominees Allie Entwistle and Kerri Donaldson are Vancouver-based comedians who together form the sketch duo Brunch. Their fresh, intelligent, and imaginative show at the Toronto Sketch Comedy Festival last year earned them this nomination and they’re back at this year’s festival Right Now so you should go get tickets.

Can you remember your first experience with comedy?
Kerri: I watched a lot of early SNL and Simpsons growing up. My dad and his siblings were always really funny.

Allie: I loved the movie Airplane! growing up, and I’ve been ripping them off ever since

When did you know you wanted to be comedians?
Kerri: When Kristen Wiig started doing a lot of her SNL bits, I really related to her. Her characters made me feel like comedy was something I could do.

Allie: Almost the same! I was obsessed with SNL in university and I was starting to feel jealous of really funny bits when they came on. I felt that I needed to do it!

How did Brunch get started?
We performed together in a couple of different capacities and decided to start an improv duo. We loved our improv so much that we decided to write it down- and that’s what we call sketch!

How’d you land on the name?
Our first improv form was Brunch-based, so we used the name Brunch, thinking we would change it later. Three years in and we’re still Brunch! Also, we think the name captures our comedy really well. We love to celebrate women and things women are often ridiculed for, like loving brunch!

Who are some of your comedy heroes?
Kristen Wiig, Kayla Lorette, Kirsten Rassmussen, Maya Rudolph, Amy Poehler, Gilda Radner, Lauren Lapkus – too many to name!

What’s your favourite sketch you’ve ever done?
One of our favourites is what we call, “three legged women” it’s a story of two office women who are running a three legged race for their company picnic and their runner’s high leads to them robbing a bank and fleeing to a deserted island- all while their legs are still tied together. It was very physical and very silly- and still one of our faves!

What’s the best bad joke you’ve ever told?
We wrote a sketch about a woman who could never meet up for coffee because she had all the same responsibilities as Quasimodo. Mostly she just had to ring the bell of Notre Dame every hour, on the hour. So, uh, no, we’ve never written a bad joke.

How do you approach creating new work?
Lots of coffee, wine, and procrastination. We throw a deadline and a little bit of self-loathing into the mix- and voila! New work! We work together and improvise a lot of premises until we find what we both think is funny – but mostly it’s the self-loathing.

Tell us about your nominated SketchFest show and how it developed.
When putting together a festival show we normally select our favourite sketches from the year and start to look at how they work together. From there we find themes, call-backs, and change sketches in order to create a cohesive show.

Do you have a favourite moment in the show?
We do a lot of singing and dancing- despite a lack of talent or training in those areas. One of our favourite parts of performing this SketchFest show was subjecting the audience to our ‘talents.’

What are you working on now/next?
We started a new podcast in the fall called You’ve Got Brunch, where we dissect a different rom com every week. We’re also currently prepping our 2019 Toronto SketchFest show [Tonight at 7pm! Get your tickets HERE] and writing new material for our monthly show in Vancouver.

Do you have anything you’d like to add?
We’ve noticed that the Mary-Kate and Ashley movie only has 14% on Rotten Tomatoes and we’d like to understand how and why this could happen. Also has anyone checked up on Dido lately? What’s she been up to!?