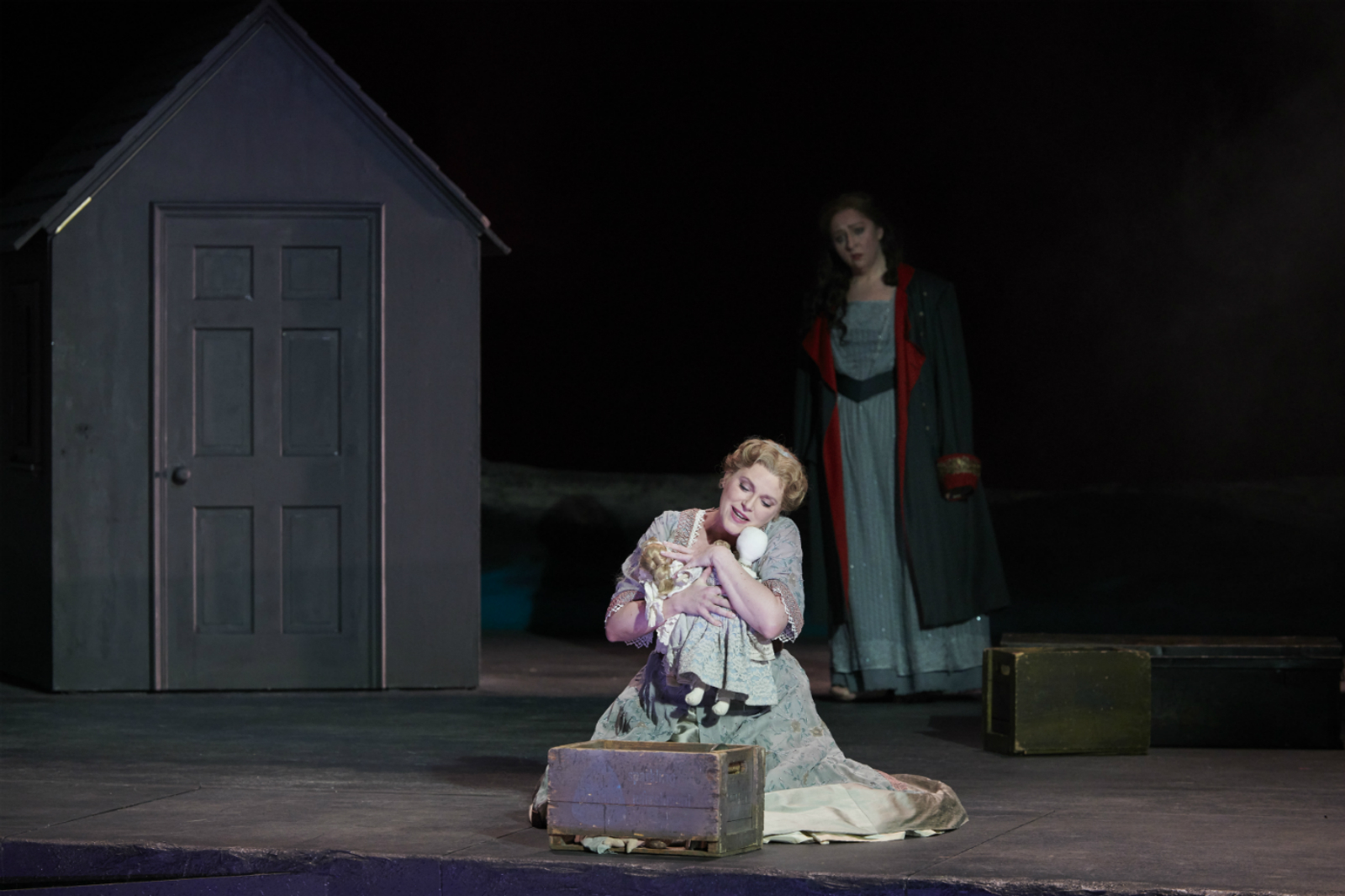 The Canadian Opera Company’s latest production of Elektra opened up recently to warm us right up, piercing through the snow. The Four Seasons Centre for the Performing Arts was abuzz with folks of all ages. I wondered if this was a result of COC’s efforts to make opera exciting for younger audiences, or many of us theatregoers having studied the Greek mythology in school and wanting to see it on stage.

Elektra (Christine Goerke) meanders around set lengthily, still distraught from her father’s death, then seeking to avenge his murder with the help of her sister Chrysothemis (Erin Wall) who refuses and urges Elektra to accept what is. What their often unmotivated stage action and physicality leave us desiring more of, the technicality of the music and the sheer force of their voices make up for. Wall rightfully earns a few extra applauds, delivering an overall powerful performance, deep with heightened emotional stakes, which tend to upstage her cast mates.

The set (Derek McLane) is not as abstract but rather more restrained than in previous productions, according to director James Robinson, to further lift up the domestic situation of these women. I’m not sure this this is necessary to give meaning to such a universal classic story of infidelity and the family dysfunction that ensues. The entrance to the palace is reminiscent of the COC’s 2007 production, judging from production photos, but, indeed, much darker. In fact, very little light (Mimi Jordan Sherin) protrudes as the gigantic door opens up. Not even when the entire house lifts up, signaling the newly resurrected Orest’s (Wilhelm Schwinghammer) decent to finalize what his sisters would not by killing their adulterous mother, do we see any strong lighting contrasts. Further, when a drunken Aegisth (Michael Schade), their stepfather, is led down the stairway by Elektra to be slain alongside his lover, the passageway is poorly lit and – albeit more intentional to confuse him – we barely witness any struggle as he attempts to escape his persecutor.

In general, the production, despite its lurid nature, felt too dimly lit, and this led to an abnormally strained viewing experience. While the stripping of the political notes to raise up the psychological elements is evident and the vocals are crystal clear, this production left much to desire artistically. The beats and build inherent in Sophocles’ tragedy feel lost in Strauss’s fast spiraling composition, unfortunately. While the production may have not matured much in the last couple decades, the music is certainly more palatable than it was in the early twentieth century, and, perhaps, even to our postmodern millennial ears.