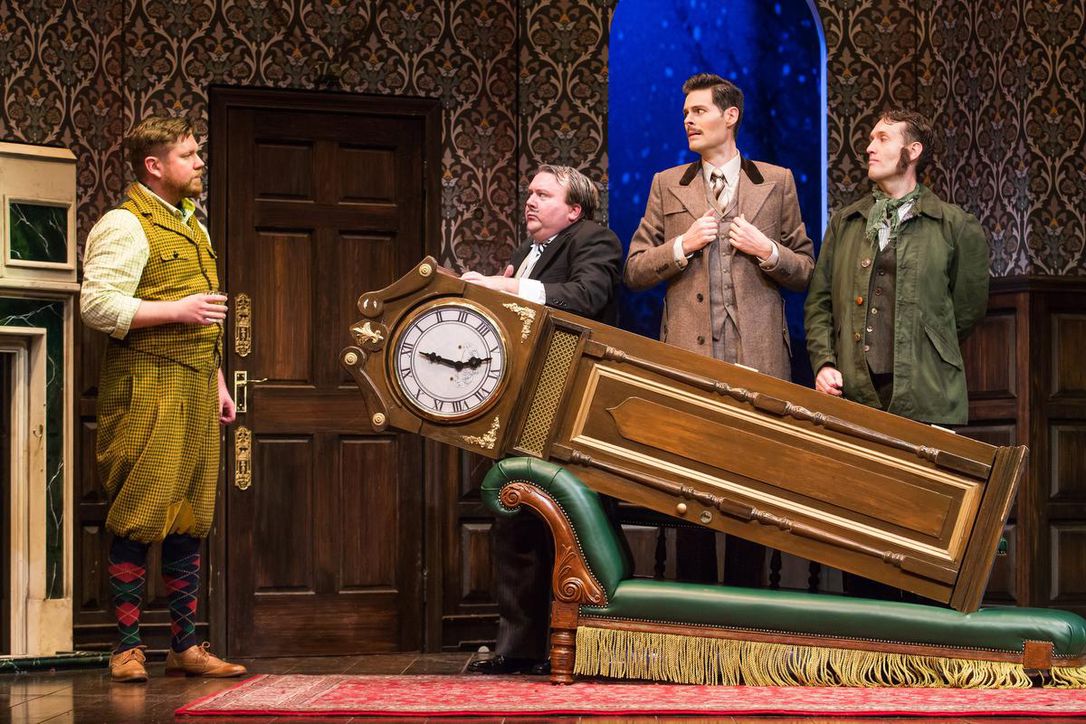 The Play That Goes Wrong

At Mirvish Productions’ The Play That Goes Wrong, only the title is an understatement. Audiences are quickly enveloped in a fully immersive farce that never lets go- not during the curiously long intermission, and not even leaving the show as fears linger that the ‘fuh-caydes’ of the whole world could collapse at any moment. It’s hard to know whether to laugh or cry when anything is a potential punchline.

This play-without-a-play, a performance of a murder mystery by a
hopelessly unlucky and unprofessional college dramatics society, could easily fall apart under scrutiny even if the execution is strong. The Play That Goes Wrong fails very well, carefully unravelling ‘The Murder at Haversham Manor’ in a way that seems hilariously and seamlessly careless.

It also succeeds in avoiding scrutiny altogether. The slapstick comedy is so fast and relentless that the audience’s laughter has a continuous cadence: just as one joke fades out, another steals the spotlight. Any gag that doesn’t land is smothered by its neighbours without a single beat being missed; anything that requires setup slips on a banana peel and dies a comical death on the cutting-room floor. A show that trades on its premise of unpredictability- anything can go wrong at any time! – becomes curiously predictable, as you know that something will go wrong and can usually guess what.

If the show gave you time to think, you might wonder how it works. An ornament falling down is funny, if sudden and well-timed. That ornament falling down, as you probably saw coming, for the fifth time fails to register. The ornament falling down, as you definitely saw coming, for the tenth time, starts to become funny again. The show follows the life cycle of a joke rapidly and repeatedly, eliding the distinction between individual jokes and the larger performance. Even if one bit doesn’t work for you, your neighbours’ constant laughter fills the lull and sustains the belief that what you’re watching is funny; every viewer is an unwitting member of a laugh track. You can tell immediately if this work is for you but, if it is, you’re unlikely to lose faith over the evening.

Regardless of how it works, it undoubtedly does. The cast are skilled comedians, tripping over furniture as required without tripping over each other. The set design meets the unique challenge of building a set that wants to collapse – but not like that, and not just yet! With the stage manager sauntering and stumbling through the fourth wall, his hard work is done well, if perhaps by someone safely ensconced in a box somewhere.

The best comedy defies easy description, but The Play That Goes Wrong fits that bill. It’s a teeming, hyperactive bundle of laughs that deserves and demands your attention.