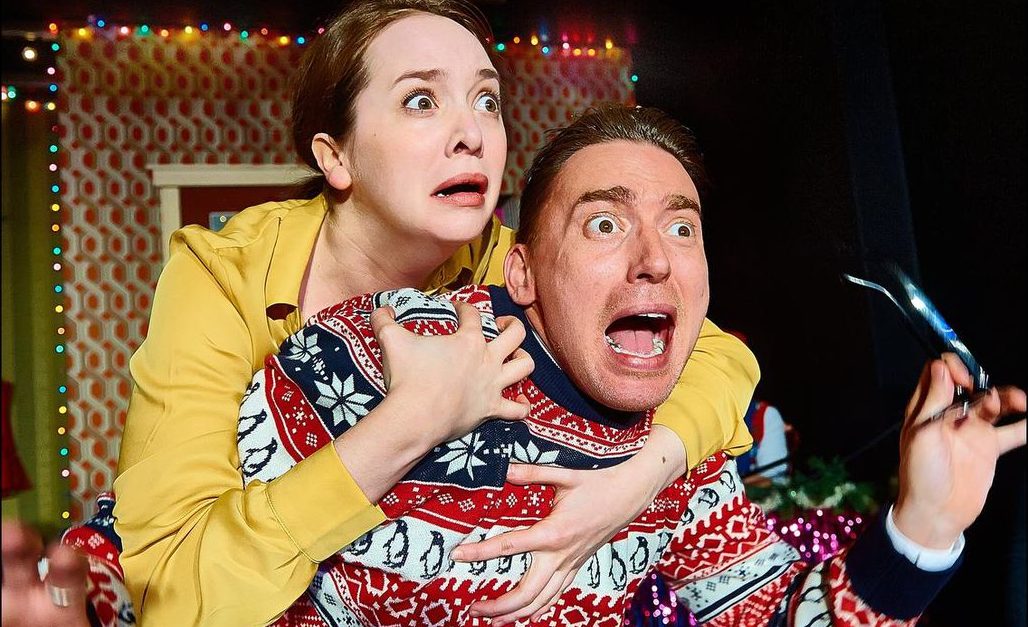 The opening night of Coal Mine Theatre’s improv holiday show, The Wonder Pageant, was a hit, a WONDER-ful success. All performers demonstrated comedic accomplishment, unlike your author, and were fully able to get a somewhat stilted audience to laugh and sing along to their new and inspired songs.

While the whole cast thrived as an ensemble, special note should be taken of Matt Baram and Kayla Lorette as the show’s run continues. These two lit up the stage, kept control of their scenes, and brought forth peals of laughter in their shared moments. Lorette’s varied characters stood out, demonstrating a collection of postures and voices that draws the audience in. Baram’s timing and honesty were refreshing, and draws in the viewer’s eye with consistent ease.

The ensemble worked so well together, and the chemistry onstage was touching. I especially enjoyed watching Paloma Nuñez stifling giggles as her cast mates acted out all the frivolities thrown at them by the audience. I appreciated the care the cast took to select audience suggestions – sometimes taking exactly what came to them, sometimes waiting for a word, activity, etc, that fit. In an improv world of “go with it”, I enjoyed seeing a little more discernment in choosing suggestions to create the best possible outcome. There was much skill and hilarity when, in a scene where two actors had to keep changing genre as per audience suggestions, they demonstrated “existential ennui”. There were also some inside jokes that cropped up throughout the show, which is always so nice. Moments like that always make the audience feel so included, a little extra sparkle of special just for them.

It took a little while for the group to settle in and relax into their roles, but they hit their stride in time. Starting the performance with a rather complex improvisation game may have tweaked the flow in the wrong direction, but they worked well to save each other and jump in when scenes became stale.

Special note also to Stage Manager Connor Low, and Musical Director Waylen Miki. Miki’s improvised score helped shape the evening into the lovely and hilarious holiday variety show it was, setting scenes and adding another layer of complexity for the performers. I was so impressed by Low, cementing his place as a full member of the team. Using lighting cues to begin or end scenes, his timing was impeccable and demonstrated a real sensitivity to the art of improvised comedy.

At the end of the night, I left with a smile on my face and appreciation in my heart, which is really what I’m looking for in a comedy show. The Wonder Pageant was a brilliant way to spend an evening, and will definitely get even the grinchiest of us in the holiday spirit. Absolutely recommend seeing this show.