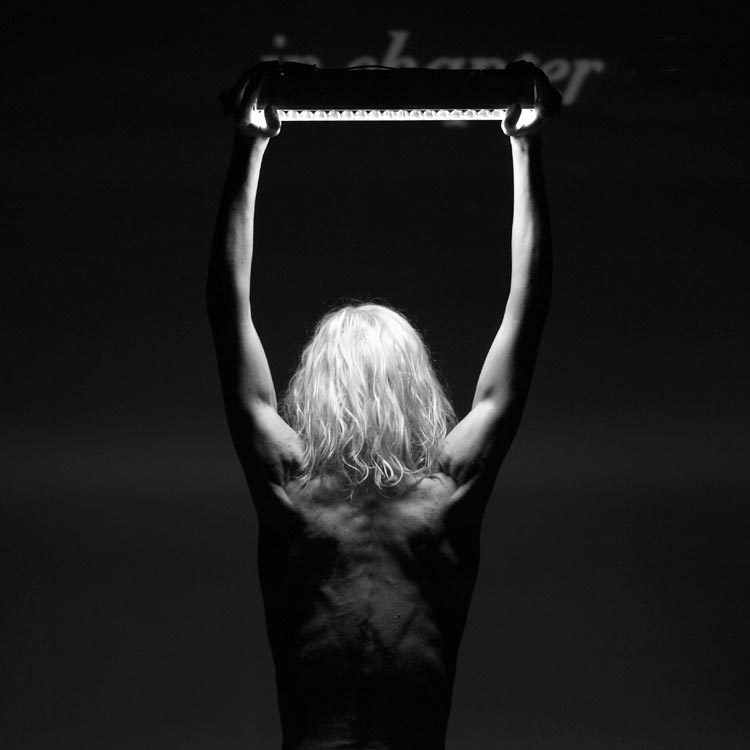 MDLSX: a One-of-a-Kind Journey at Progress

MDLSX, produced by Italian theatre company Motus, bravely opened the Progress Festival at Toronto’s Theatre Centre. It certainly lives up to the festival’s intentions. Just like Progress brings together theatre collectives with a contemporary focus from across the world, MDLSX itself has been developed in collaboration with many European collectives and festivals, extending from Paris to Ljubljana. Personally, it is a refreshing treat to hear queer subject matter in my mother tongue live for the first time.

The company uses the past as source material to reinvent the future with a healthy dose of what I would call wild video skills. Directed by company founders Daniela Nicolò and Enrico Casagrande, the show is a “sound bomb-mechanism, a lysergic and solitary hymn to the freedom of becoming…” For Motus, there is no division between the politically charged and socially engaged, and the art-artist. Beautiful concept. How does it all add up?

While the themes are certainly contemporary (and topical), the way they are presented is very unique. The theatre is no stranger to coming-of-age solo shows about sexuality and gender. And we can all surely think of a show that presents a transition process or discourse on non-binaries. Silvia Calderoni does it differently, defying categorization, catapulting us beyond the confines of male-female into a hypnotic free universe.

Fully exhibiting their DJ/VJ background on set, Calderoni uses an international soundtrack of more than twenty diverse rock, indie, and folk songs to help narrate the story. What strikes me is the balance between the physical embodiment of lived experiences and the evocative recitation of universal written text. Moving with intention, every inch and corner of the stage is used. Theoretical and scientific references are blended in, becoming particularly personal. We often see someone hiding, trying to figure out their place in the world. It’s strange for me to see much of the show’s energy directed downwards and upstage, but I also appreciate the complete lack of narcissism here.

What I love most, though, are the video projections capturing Calderoni’s most expressive facial expressions, even while their back is turned to us. The camera applies a distinct aged filter – reminiscent of 8mm home movies, appropriate since Calderoni references many such family stories – and so carefully crafted into the show that it takes me five minutes or so to decide whether some of the videos are actually recorded and not entirely in real-time.

One of my favourite scenes is when Calderoni converts the fabric spread across the stage into an aquatic sanctuary, narrating a vivid experience where they along with coworkers would become mermaids for the pleasure of paying customers – a club abruptly raided – sad but familiar.

Above all, Calderoni presents as someone who is anything but a victim. MDLSX is a journey where being labeled “F” at birth may incite pain and confusion, but more than anything provides an opportunity to give voice to every intimate discovery made along the way to becoming who one is really meant to be. Their triumph is simply heart-warming.