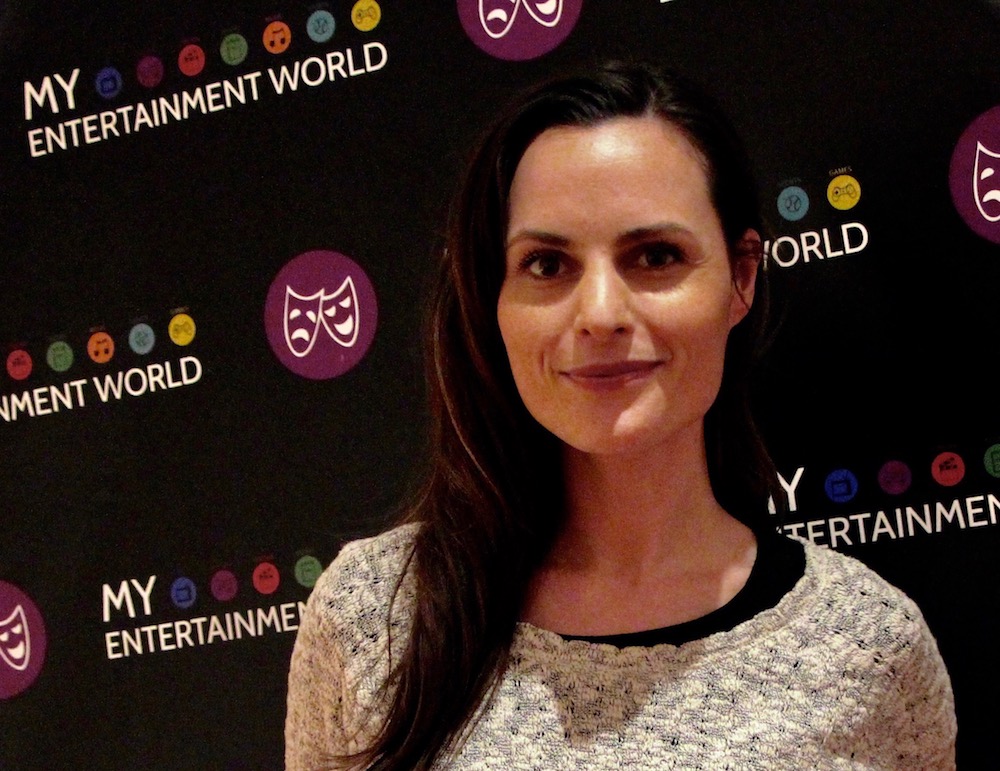 After a year-long hiatus while they looked for a new theatre space, Unit 102 Actor’s Company returned to the Toronto scene last fall with a thrilling three-hander about a teacher who gets hurt breaking up a fight between two students. To talk about one of our most-nominated productions of the year, the Miss team came in as a group and recorded a special podcast interview (coming soon). You’ll be able to hear leading lady Nola Martin’s voice on that recording but she also answered a few questions for us one-on-on about her ballet background, history with Unit 102, and what went into her complex and understated Outstanding Actress-nominated performance.

Do you remember your first experience with theatre?
I started as a dancer, so my first ever show was playing a mouse in a dance recital. I did a lot of community theatre as a kid, so that was my introduction into that. We did a lot of pantomimes- The Snow Queen, and The Woman in Black, and that sort of cheesy stuff that was really fun, and helped build my understanding of what being a part of a theatre company was all about.

So you’re a ballet dancer?
Yeah, I did a lot of ballet for a long time. And then eventually left it because I learned that I loved acting more than I loved ballet. And at a certain point, I had to make a choice.

How many years of ballet did you do?
I did about 12 years of ballet. A lot of training, but it was one of those things where I knew my feet were too flat, and my legs were too short, so I knew that I wasn’t going to be able to be a professional ballet dancer. Theatre just seemed like such a beautiful expression, where you could have a voice as well as a body, so it seemed like a natural transition.

Do you still go to the ballet and enjoy the medium?
I haven’t gone to as much ballet as I used to. I used to go with my grandfather all the time, who’s the biggest supporter of me in all art forms. He’s the one that really got me started, introduced me to ballet. We went to a lot of operas together. He passed away this year, so it’s been one of those things- I haven’t gone back since he passed away. I will probably go back next year and take in some of the season, because they’re doing some interesting things. But I haven’t been in a little bit.

How did you get involved with Unit 102?
The first show I did with them was when they weren’t even necessarily calling themselves 102. It was in the first phase, eight years ago. We did Closer. Brandon Thomas directed it, and Dave [Lafontaine] and Scott Walker were in it. That’s how it started, eight years ago, and I’ve been working with them ever since.

How did the role in Miss come about?
I auditioned and stepped into the role later into the process. I had to come in to take someone’s place, so I was playing a little bit of catch-up. But it was a real treat to be able to be a part of it. It was one of those things where you walked into the room, and Trevor [Hayes] and Wayne [Burns] are the most wonderful partners to play with. So different, but both so giving, and so it was just an absolute pleasure to be able to go and play with them every day.

They play really contrasting characters, but you have strong connections with both of them. How did you go about developing such detailed chemistries?
It was really on our feet that we did it. Just intrinsically, they’re such different people to begin with. And the way that Michael [Ross Albert] wrote the parts for the two men – the text offered such a difference in the way that we related to each other. And then it was really just about finding trust, and finding the nuances that offered honesty to both of the relationships without trying to give too much of the story away at the beginning.

Was it tricky to pretend one of those relationships was something other than what it was?
Yeah. She’s stuck problem-solving from the very beginning. She comes in with a problem to fix, and then all the problems seem to snowball on top of her. It was one of those things where you’re trying to conceal so many things at the same time, and as they unravel, it was all these balls dropping that she’s trying really hard to juggle.

Miss was Unit 102’s first new play. Was Michael in the room for the process? Was the script changing at all?
At this stage, it wasn’t changing too much because he was out of the country for part of it, so he came in later in the process – though he was always a phone call or an e-mail away, and was incredibly supportive throughout the entire process. The script at that stage didn’t really change, because he’d workshopped it, and he’d done a performance of it in New York. So he’d already kind of found the form that he was hoping to have it in by the time that we got it on its feet.

Tell us a little bit about working with David Lafontaine as a director.
[It’s] so wonderful, working with him, because he really allows you to find the voice of your character. Then he just guides you to make sure you’re giving an honest interpretation of what the character should be at. Making sure that you’re honest with the story’s needs.

But it’s really play. It’s really on your feet. It’s really experimenting and we don’t sit and talk too much. We really get on our feet and keep the process pretty active. Working off of impulses. It’s a really safe place to fail, which means that you’re really allowed to find a lot of things. It’s always a treat to get to work with him.

Unit 102 is known for its detailed costume and set design. How does that factor into your process as an actor?
It’s unbelievably helpful. Adam [Belanger, set] and Lindsey [Dagger Junkin, costumes] are such a power couple in terms of working in the theatre world. It is such a luxury to be able to walk onto a set that feels and looks so real, because you don’t have to use your imagination in the same sense. You’re already transported there. They care so much about what they offer. Lindsey’s constantly coming in and checking the costumes, and making sure that they’re looking the way she wants them to, and Adam is constantly there, maintaining the set. The time and energy and care they put into their work is just so unbelievable, and I feel so lucky that we get to play with their costumes and their sets.

Adam was also assistant directing this one. What did he bring to the process in that role?
It’s wonderful. He has such a keen eye, and it’s just nice to have another person to bounce ideas off of, and find any holes in the story that you might not see as you’re rehearsing it. We were just super lucky to have him in the room. He has a very strong voice, and has a very clear sense of story, so it was a treat to have him there.

Did you have a favourite moment in the show?
Without giving away the script completely, just in case someone wants to go and see this play again, is when the big ball drops. Because it’s when everything kind of kicks into high gear, and the stakes just get so high. It’s really fun to be able to play with that pressure cooker of an atmosphere, and the reveal’s always a fun moment to be present in. That’s probably it. The whole play was fun. [laughs]

What were you hoping audiences would take away from the production?
This production offered three really strong characters, with three really strong points of view. I was hoping that every night, there would be a good discussion on who was in the right and who was in the wrong. For me, we did our job correctly on the nights when people didn’t really know. And to create discussion, and to create dialogue.

I remember Michael saying something like, “What do good people do when things happen, and how do you cope in situations that are not ideal?” I think we all try to bring humanity to the characters, and all try to fight for our side of the story. So if we could find a balance in that, and offer that to the audience- and a really good discussion over a glass of beer afterwards was what I was hoping for, after the show was done.

The show was the first play to go up in the new Assembly Theatre. Tell us a little bit about working in that space, and how it differs from the previous Unit 102 locations.
Oh, it’s totally different! It has a new energy, and it’s still being infused with all of the love and care of the other space. It was really fun to be the first show in the space because you got to really be the first people to feel it out and take it over.

It feels similar to the other space in some ways. The lobby is definitely nicer in this one. Having the washrooms definitely helps. But at the end of the day, I think a space is made by the people, and all the people are the same people that were really involved in the other one. There’s a lot of love and care in the space. It’s developing into its own wonderful entity that feels like a nice cousin of what the other space was.

The first time I ever saw you was in Last Days Of Judas Iscariot, which won Outstanding Production for 2015. What stands out in your memory about that production?
The first thing that comes to mind is the ensemble. Everyone was so fun. It was so awesome. It just felt like you were on a team that was working together really, really well. There isn’t one thing that was wonderful about that production because I think the sum of the parts was really the best thing. That script is a beast. It was really fun to do. But the people for that one were just the best.

What are you working on now or next?
I’m doing a play with Triple Bypass Theatre, Neil LaBute’s Break of Noon. So that’s going up in March at the Assembly Theatre. I’m doing that, I’m working on a short film, and then we’ll see.

Do you have anything you’d like to add?
Just that it’s been such a treat to be part of the theatre community, and to be able to sit with you and be able to discuss what we’ve been working on in the past year. Hearing other people’s journeys through their productions. I’m super excited by where the Toronto theatre community is growing to, and I can’t wait to see what happens this next year.