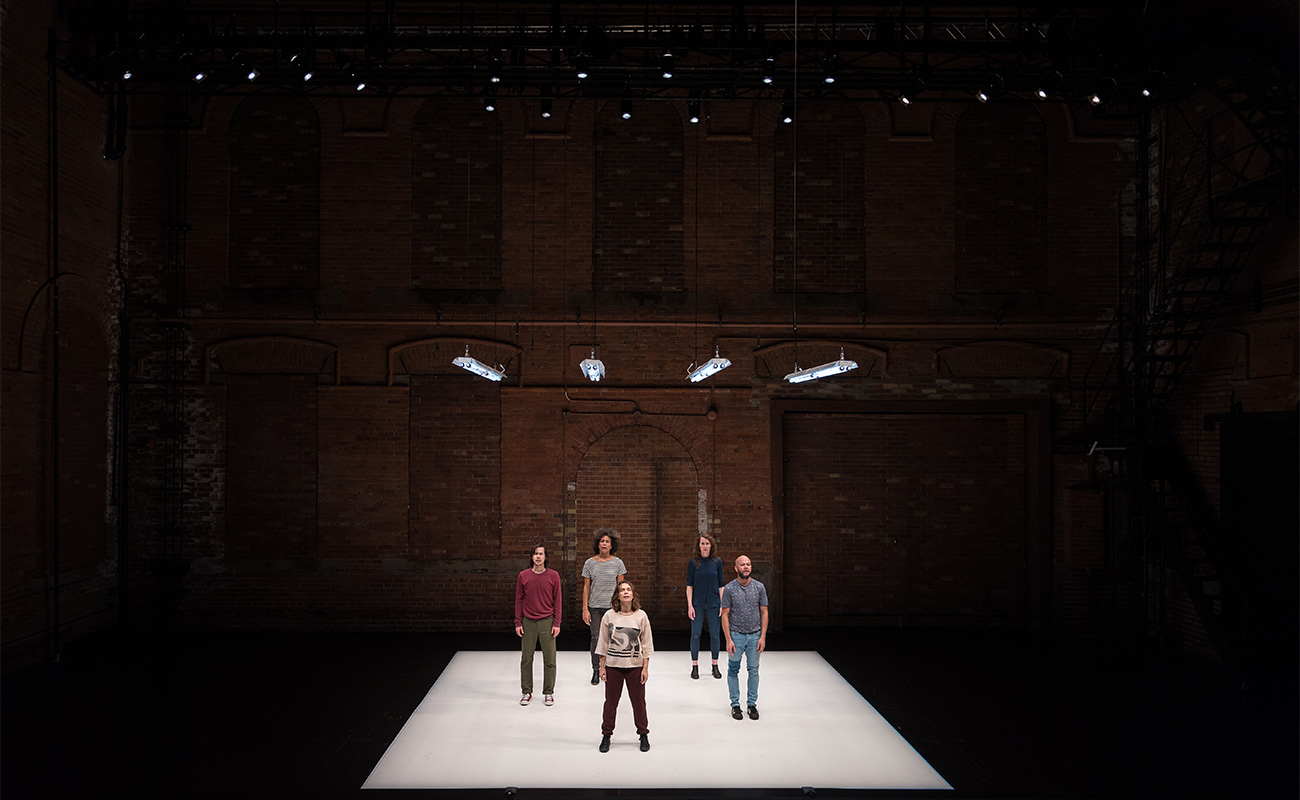 This is a Review: Declarations

Declarations, a new show by celebrated Toronto Playwright Jordan Tannahill, is yet another testament to the author’s ability to present innovative, new theatre. A fascinating meeting of text and movement—of the ephemeral and what remains—Declarations is a thoughtful, evocative exploration of form, body, text and grief.

“This is the thing; This is not the thing.” So begins Declarations, as Liz Peterson, Performer 1, makes a gesture as if to hold something, and another, as if to toss it away. The performance is something of a list of experiences, images, memories, ideas, strung together with the gestures, movements, and breath of the performer(s).  The text remains the same, we are told, but the movements are spontaneous—conceived in the moment by the performer—and different every night. “This is an over-priced salad. This is just my opinion. This is a cartoon version of myself.” Sometimes, the text feels like a grocery list, sometimes it takes the attitude of a story, most often, it is fervent—a train-of-thought fever dream, alive and half remembered in some kind of liminal space between asleep and awake. Between the moment you walked into the Berkley Street Theatre and the moment you walk out.  At best, it feels like the love child of T.S. Eliot’s poetry, modern dance and performance memorial. At worst, it’s a bad acting class, watching performers fumble through some movement exercise, lose focus, find their stride, and begin again. To their credit, it’s a hard balance to strike: how can we be deep without being cliché, intellectual without being pretentious? They didn’t always strike that balance in my experience. That said, I would see the show again. Liz Peterson was a particularly striking performer; I could have watched her for the whole 75 minutes.

The press release calls it “archive of images, sense memories and voices.” The playwright’s note calls it a “gestural score”; a living archive, necessarily incomplete, or only complete in the moment it is already gone. That word archive, repeated in text of Declarations, stands out. It is an archive (“This is an archive”). I wonder if Tannahill has read Diana Taylor (or Rebecca Schneider?); Declarations is an elegant encapsulation what Taylor describes as the archive and the repertoire. The Archive is the script, the props, the bills, the reviews (!), and the Repertoire is the ephemeral, the experience, the body, the night. This fascinating living archive leads me to more theoretical questions about where Tannahill’s text begins and the performers’ bodies end. Without diving too much into performance theory, this is what was most interesting to me about Declarations: where do the archive and the repertoire met? Declarations brings us something magical in that moment the lines between theatre and performance, between dance and poetry, between memory and memorial, between alive and dead are blurred.

Declarations is not for everyone. I myself, as a lover of all performance art, all things that fuck with form, was occasionally irritated by the earnest performances (they lost me at the singing). But I still bought the play. For the archive, I suppose.  Perhaps you’ve reached this point in the review, and are asking, but what is Declarations it about? A thought for a different archivist perhaps, on another night. It is about grief, maybe. But I’d also argue it’s about the experience—letting words, actions, images and memories wash over you, like a fever dream. And really, this is what theatre is all about.