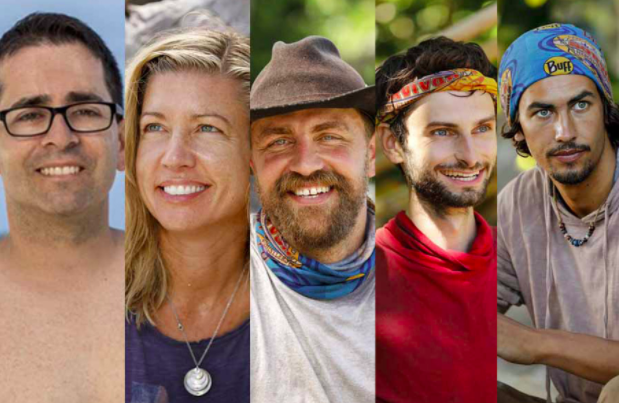 Survivor Finale Recap: The Fix Is In

Welcome back to the final recap of Survivor: Heroes vs. Healers vs. Hustlers! It seems like only yesterday I was sitting down to pen my first recap of this season, feeling slightly let down by a lukewarm premiere but bubbling with hope and anticipation about the possibilities of such a fun and diverse cast, all of which have been expertly dashed by this finale. But before we get to that, let’s start with the facts and tease out all of the action that went down last night.

Fresh off of another successful idol play that was facilitated by everyone blindly believing Ben wouldn’t find another idol, everyone blindly believes that Ben won’t find another idol and they let him run off on his own to immediately find another idol. Chrissy attempts to make up with Ben and be friends again, but she’s his number 1 target. I find this interesting, because from a viewer’s perspective, it seems as though Chrissy would not be someone to consider the most major threat in the game, but the fact that Ben thinks so makes me think that she has been playing better than we may have been shown. Unfortunately for Ben, he will not get the opportunity to vote for Chrissy because she proceeds to win her third immunity, dominating a very interesting puzzle, once again proving herself to be truly one of the greatest puzzle-makers in Survivor history. She also wins reward, and picks Devon and Mike to go with her. I think this is a good choice because she already knows she’s good with Ryan and trusts him most to babysit Ben, and even after their makeup conversation she’s smart enough to know that there is no hope of true reconciliation with him, and feels she doesn’t need him to move forward anyway, since he is the obvious target tonight. The three on the reward search for idol clues up and down, and when they don’t find any, they conclude not that the idol has already been found and is therefore out of play, but that there must be no idol at all. For all of the upcoming tomfoolery that enables Ben to get to the end, this is the one that we can pin squarely on the other players. Fool them three times with idols, shame on this entire cast. On the reward, they decide to use Chrissy’s debunked day 1 immunity idol to fool Ben into thinking they found it on the reward, which of course only serves to make them look silly, as Ben already knows he has the idol.

The four go into tribal in lockstep, voting for Ben, but Devon has an intuition that something is afoot. Call it lucky paranoia or some serious game smarts, but Devon proved any doubters (including myself for most of this season) wrong for underestimating him at this tribal council. Ben, in typical obnoxious fashion, complete with way too many sound effects (just pick one bit, Ben!) plays his idol, and casts his vote for Devon. Learning from the past, however, Devon does not allow Ben to dictate the elimination with his single vote, and wisely casts his vote for Mike, putting it to a revote, during which Chrissy and Ryan save Devon. This is a simple yet risky and forward-thinking move: If Ben didn’t have an idol, Devon could have just screwed himself out of the final three by seeming cowardly, voting against Mike to protect himself, yet since Ben did, it shows him as forward-thinking and self-preservational in front of the jury. Very impressive stuff from Devon, which unfortunately only makes the next tribal council even more devastating, on top of the already heartbreaking events. So it’s goodbye to the good doctor, who I will say did much better than I anticipated, and I hope he had a good time and learned a lot. It certainly seemed like he did.

The final immunity challenge is controversial, with some complaining that it was too finicky and came down to luck, though in my eyes this is in no way different from any house of cards or ball handling challenges, where the slightest mistake could be your downfall. There is a lot of back and forth between Ben and Chrissy, with Chrissy ultimately pulling it out, and, as they mention approximately twelve times, tying the female immunity record with 4. This puts her in a league with only Kelly Wiglesworth, Jenna Morasca, and Kim Spradlin, a Mount Rushmore I would certainly fly to South Dakota to visit. In addition, Chrissy gets a new “advantage,” which is really just the knowledge of one of the worst twists in Survivor history. Instead of voting out Ben, as she, Devon, and Ryan had planned and were certainly going to do, and would have been able to do in any other season, Chrissy chooses one person to advance with her to the final four, forcing her other ally to make fire against Ben for their spot. This is a twist so egregiously unfair that its very existence, regardless of whether or not it was planned before the season started or not, reeks of production interference and tampers with the very core of the game in ways that many advantages this season have flirted with.

Chrissy picks Ryan to go to the end with her and tells Devon in advance he will be making fire. Devon barely practices, believing that he has this in the bag, which is frustrating, but in Devon’s defense, his appearance and generally his life have probably given him a lot of reasons to be confident in basically anything he does (even though he never actually won an immunity challenge, which were dominated by exclusively ladies + Cole this season). Unsurprisingly, Ben wins the fire-making, which serves to send him through to the finals when in literally any other season, ever, he would have taken fourth place, and it makes him look great in front of the jury, given that Probst took great pains to emphasize how much the fire winner “earns” their spot in the finals, especially given that he didn’t have time to prepare while Devon did. Call me old fashioned but, to me, earning your spot means building alliances and playing the game you signed up for, which is, at its core, a social game, and not getting to the end by not winning challenges and not even trying (or failing spectacularly) at creating bonds, but hey, I’m a purist!

Always humble, Devon has said that he does not feel like he was screwed, which is another way of saying he knows he will not be invited back if he says that he knows he was screwed, which he was. To me, this twist makes Ben incontrovertibly the worst winner of all time. There was no possible way for the other three to plan for this insane twist. He could not win a challenge to save his life in the game. He was outplayed socially, strategically, and physically, yet he was very good at an island-wide game of iSpy and got bailed out at the very last moment. This is not Survivor. This is a Mario Party where you keep having to play the same mini game over and over that one person is really good at even though they suck at all the other ones, and in the end they land on one of those blue spaces that randomly gives you a star for free. I don’t know who would have won in Devon vs. Chrissy, though my hunch is it would have been Devon, but either way, I feel deeply for both of them for playing the best games they could muster, and failing to see the fairest results for something that was entirely beyond their control, and entirely detrimental to the foundations of what is supposed to be a social game.

In the new Socratic method final tribal council, Chrissy delivers an incredible final tribal council performance. I particularly loved her speech about being someone who represents their season, leaning into the forced theme in a way that I can imagine would make the jurors feel some amount of pride even through the bitterness, the way that you still might get emotional at your high school graduation even though you hated your whole time in that place. But Ben’s idol plays were flashier than Chrissy’s immunity wins. His anger and mistreatment of others was less offensive than Chrissy’s condescension. Something about him that I will never see resonated with these people that I will never understand. I don’t wish to diminish Ben, he did everything he was supposed to, and the twist was not his fault. I simply don’t understand in what world these jurors would ever want to be represented by someone who struggled with even the most basic components of the game: building alliances, winning challenges, not having everyone vote for you at tribal council a bunch of weeks in a row.

But this is our season and this is our winner, and we have come out the other side still viewers of our favorite game. I am disappointed in the direction of the show, in this outcome, in this episode. Yet after all of this, it does not cross my mind to stop watching. When season 36 and all of its ridiculous twists appear on my TV in 2018, I will be there, full of renewed hope and passion, and this speaks to the levels on which this game has gripped me. It gives me even the tiniest glimmer of confidence that maybe production knows what it’s doing, and this was perhaps a rare dull spot in otherwise a vast and bright constellation of Survivor history that has guided me throughout my life. I hope you will join me then, too.